Factors Shaping The Search For Owerri Zone Senator In 2023 (Opinion)

By INNONEWS (self media writer) | 9 months ago 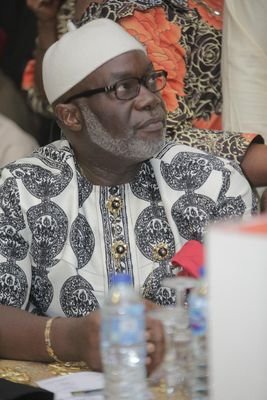 The race for Owerri Zone senate in 2023 is expected to be intense, considering the fact that the seat will be keenly vied for.

Several considerations will certainly come to play and influence the choice of a new Senator for the zone, (Imo East) considering the array of competent Owerri sons and daughters speculated to be eying the zone's senate Seat in the Red Chambers of the Senate.

Some political analysts and observers conversant with the dynamics of Owerri zone politics, argue that the next Senatorial election will be a bumpy ride for those aspiring to become Senator for the zone.

The two major political parties in the State, the All Progressive Congress, APC and the Peoples Democratic Party, PDP, will be up against each other in the race. Since the return of democracy to the country in 1999, the PDP has dominated the Senate seat in Owerri zone.

However, such dominance may change, considering the precise incursion of the All Progressive Congress in the zone lately. Since the coming to power of the APC led administration of Senator Hope Uzodimma, there has been movement of key political players from the zone from the PDP to the APC.

Some members of the State House members of PDP extraction from the zone had decamped to the ruling All Progressive Congress,APC after the Supreme Court removed Emeka Ihedioha of the PDP and declared Senator Hope Uzodimma as governor of the State.

This development, analysts contend, may have impact on the outcome of the next National Assembly election in the zone in 2023 and possibly weaken the grip of the PDP in the zone.

Another school of thought contend that the APC is not so formidable in the zone, since none of the House members who decamped to the APC, were not elected by the people of the zone on the platform of the APC

"The House of Assembly members who joined the APC from the PDP, are mere political gatecrashers. Besides, that the decamped to the APC is no yardstick to say PDP will lose the zone. They rode on the back of Ihedioha, who was the governorship candidate of the PDP to ride to victory. In 2023, it will be a different ball game for them, because the Ihedioha factor will not be on their side anymore"

"They are paper weight politicians, who rode on Ihedioha's massive support in the zone to go to the House in 2019. It is impossible for them to re enact such feat in 2023" said Chris Egere, a PDP Chieftain who spoke to INNONEWS

An APC stalwart in Owerri zone, Clement Opara differed, saying "Owerri zone must align to the ruling party and the process has just begun. In 2023, the process will be complete by the time we sweep victory in the Senate and House of Reps"

There is a growing consensus among stakeholders across the country that the the younger folks should be allowed to hold or occupy elective positions, including the presidency in the next political dispensation.

The Not Too Young To Run Act, which became law in 2019, encouraged active youth participation in Nigerian politics. And it recommended 35 years for anyone who intends to aspire for the Presidency.

All the Senators who represented Owerri zone from Senator Chris Anyanwu, Senator Sam Anyanwu and the current Senator, Senator Ezenwa Onyewuchi, were above 40 years when they were elected Senator of the zone.

If the principle of rotation of political offices is anything to go by, the next Senator for Owerri zone should emerge outside Owerri Federal Constituency.  Those who hold this argument argue that the next Senator should come preferably from the Mbaike axis on the basis that Mbaise sub zone did two terms through Senator Chris Anyanwu.

Mbaike (Mbaitoli/Ikeduru federal constituency) had produced Senator Samuel Anyanwu, who was though, a one term Senator. Senator Onyewuchi, who is likely to seek another term of four years as Senator is from Owerri Federal Constituency.

"Its a merry go round. The contest should be open for all the sub zones to vie for. What should be paramount is competence and capacity of the Senator that would represent Owerri zone at the senate in 2023" said Hon.Reagan Emeziem.

Those Who May Contest

No one has officially declared for Owerri Senatorial race which is 17 months away, but the body language of some top politicians in the zone reveal that they are interested and may give the current Senator, Ezenwa Onyewuchi, a run for his money.

Majority of the aspirants are expected to come from the APC, as many party faithful argue that the zone has to fall in the kitty of the ruling party on the basis, that Orlu and Okigwe zones are represented by the APC in the senate. Senator Rochas Okorocha and Senator Frank Ibezim respectively are representing the two zones.

Billionaire businesses man, Dr. Alex Mbata, is perceived to be interested to take a shot. He hails from Owerri North LGA. Speculations were also rife that a former governorship hopeful, Chief Martin Agbaso may join the contest. Ex banker, Mike Nwachukwu, who had vied for the Senatorial seat in 2019 on the platform of All Progressive Grand Alliance, APGA, may roll up his sleeves to join the race again on the platform of APC.

Hon Ugochukwu Sylvester, aka Ugo Sly, who recently decamped to the APC from the PDP, may also be in interested.

Within the camp of the PDP, speculations have been rife that former member of House of Representatives, Hon Uche Onyeagocha may also join the race.