By GlobalGistworld (self media writer) | 10 months ago

The spokesperson to President Buhari, Garba Shehu, has revealed what late M. K. O. Abiola did in his office in 1993. Garba Shehu who took to his Facebook timeline some minutes ago, said that late Chief MKO Abiola, stopped by his office shortly after arriving Kano State for his campaign in 1993. 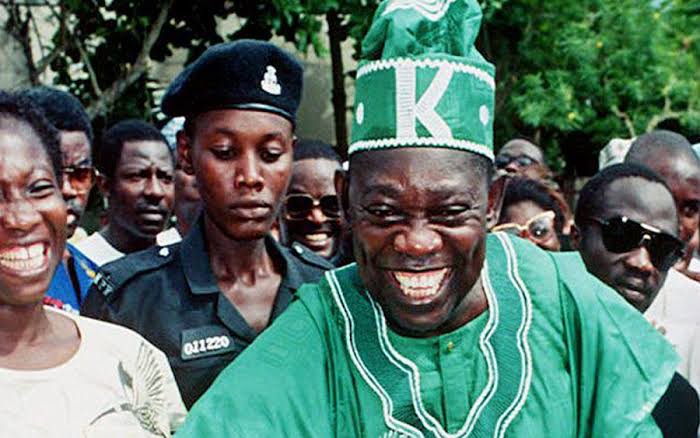 The presidential aide said that then he was a General Manager of Triumph Publishing Company. Narrating the incident, he said that MKO Abiola dropped his Agbada on a chair in his office and after refreshing himself, he started addressed the staff and other people.

Garba Shehu said that Abiola talked about his mission in their premises.

"When the late Chief MKO Abiola came to Kano to campaign in 1993, his first stop was my office as General Manager, Triumph Publishing Company. He dropped his Agbada on a chair in my office then refreshed himself. He faced reporters in an interview and addressed the staff and other admirers on his mission in our premises as shown in the picture", Garba Shehu said in the beginning of his post. 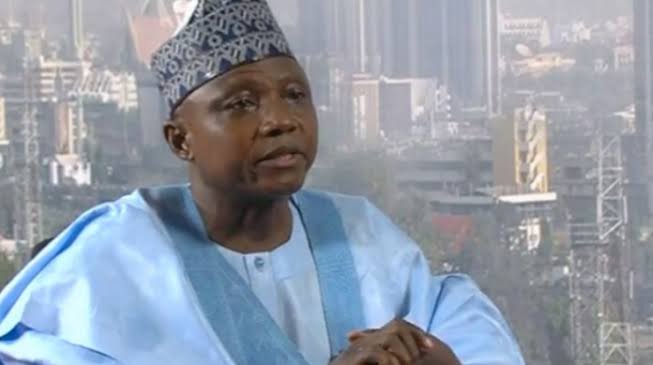 He went further to say that Dr. Faruk Umar who was present on that day was a beneficiary of Abiola's philanthropic activities. Revealing more on this, Garba Shehu said that Abiola paid the money needed by Faruk to complete his doctoral studies overseas and because of this, Faruk offered himself as a front line campaigner for Abiola.

He said: "Dr Faruk Umar, seen in the picture with me listening to the late elected PRESIDENT of Nigeria was himself a beneficiary of MKO's philanthropic activities. He paid the money needed by Faruk to finish his doctoral studies overseas. Naturally, Faruk who was my own teacher in college offered himself as a frontline campaigner". 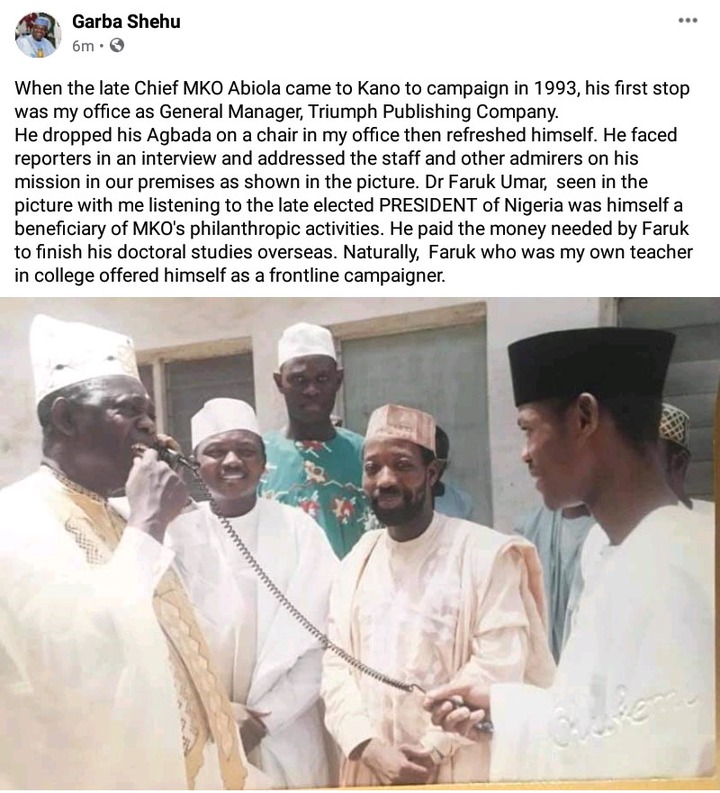 This is a nice walk down the memory lane, see how some of his followers reacted to this post below. 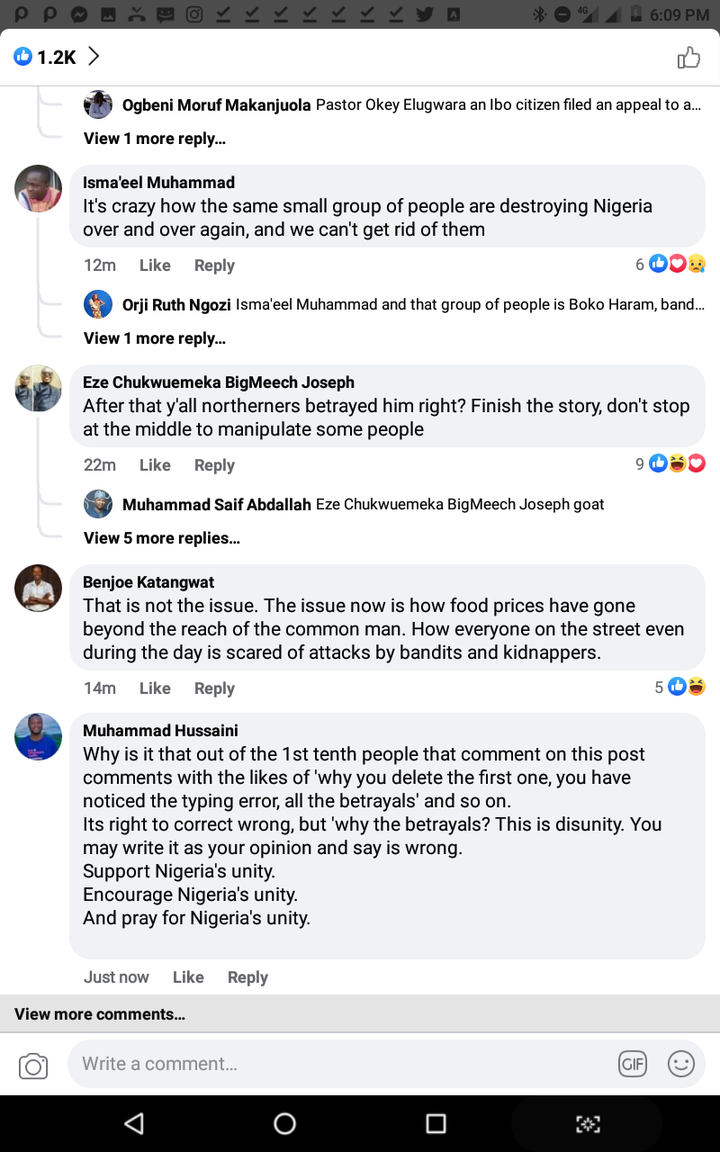 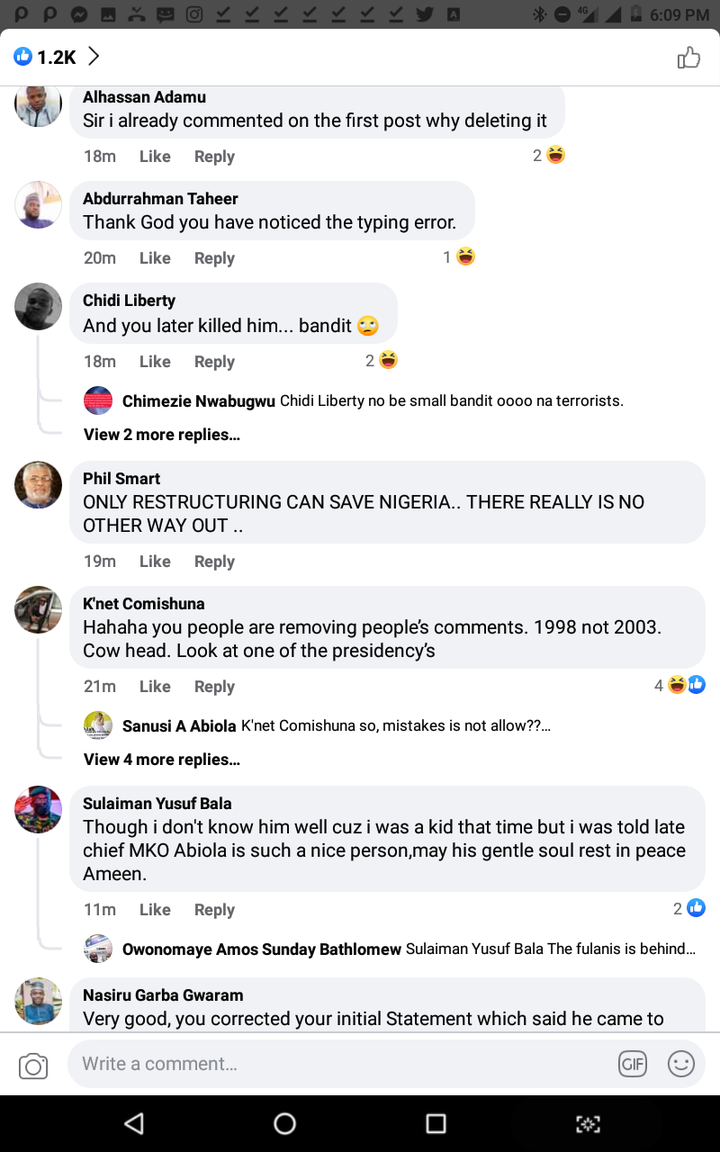 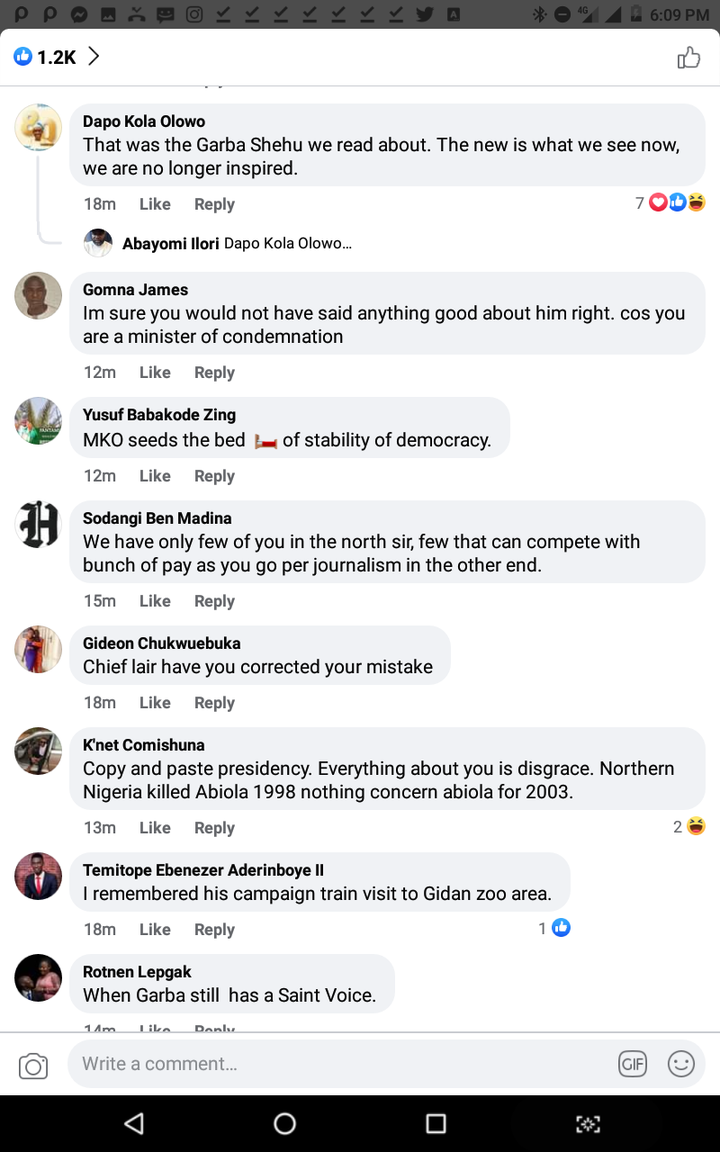 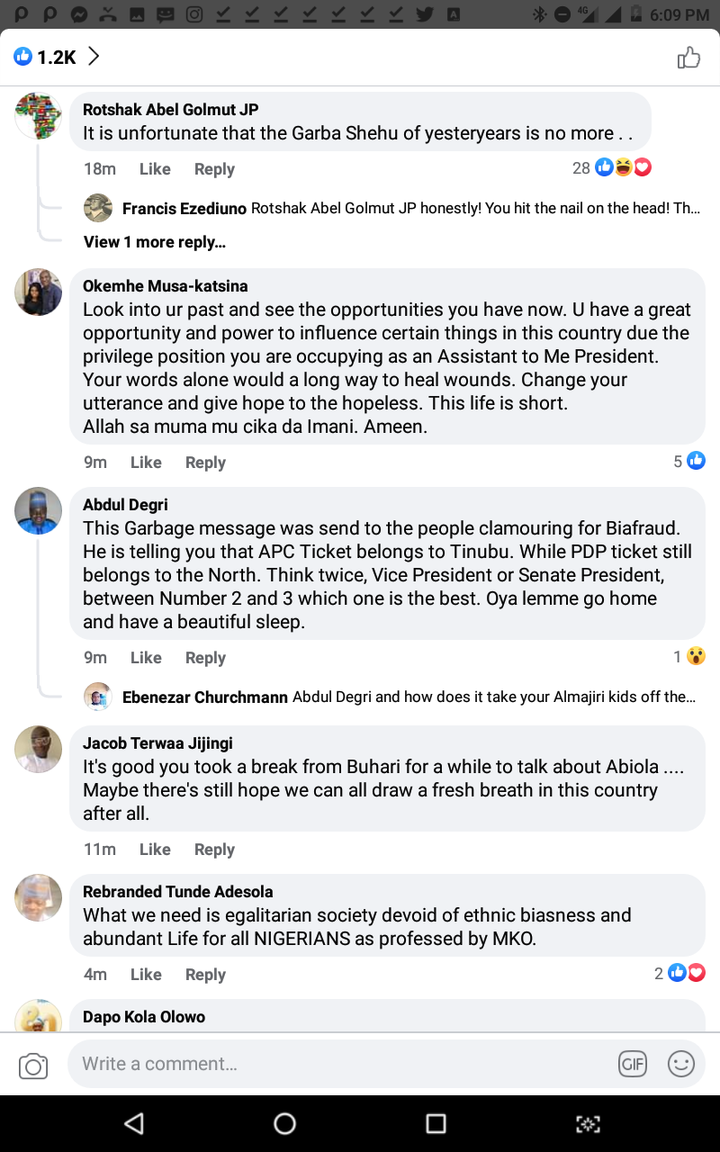 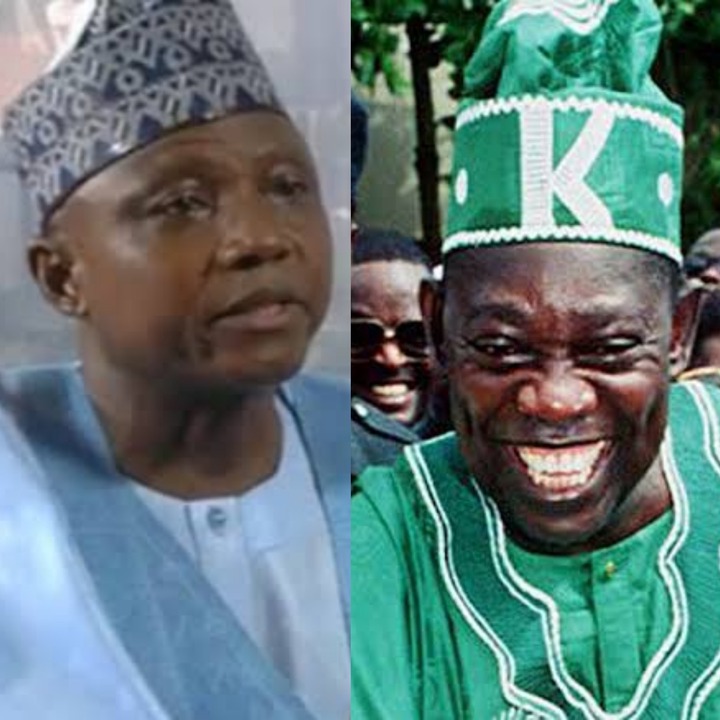