The Most Inappropriate Outfits That The American First Lady, Melania Trump Has Worn In Public

The Most Inappropriate Outfits That The Wife Of Donald Trump, Melania Trump Has Worn

Donald Trump's victory and stay in the white house as the president of the United States has brought a lot of heat and media coverage on his family both immediate and distant. His wife, Melania Trump Has been on a lot of pressure especially when it comes to what she wears and the kind of places she visits. After all, First ladies are seen as the leaders and representatives of every woman within a nation. So it makes sense that her fashion choices will go a long way in the media.

The fashion choices of first ladies are very important to the public and it garner's a lot of coverage- from Michelle Obama who decided to go sleeveless for her official White House portrait to Nancy Reagan choice to have red as her signature color, the public appearances of first ladies are very important, especially in a country like America. In some way, the appearance of the first Lady often stands as a reflection of her personality.

Melania has been seen putting on some great outfits, outfits that will break, the bank account of an average person. While these dresses are expensive and beautiful some of them are extremely wild, at least for a first Lady. I have put together pictures of Melania Trump from public appearances, speeches, her brisk walks and her life in the white house. If you have ever wondered what fashion choices could have been wrong on a first Lady or ever seen a picture Melania Trump at an event and wondered "oh wow" she shouldn't have worn that then this is for you. Here are the most inappropriate outfits worn by Melania Trump:

Melania Trump didn't factor in the culture of this country when she came visiting. 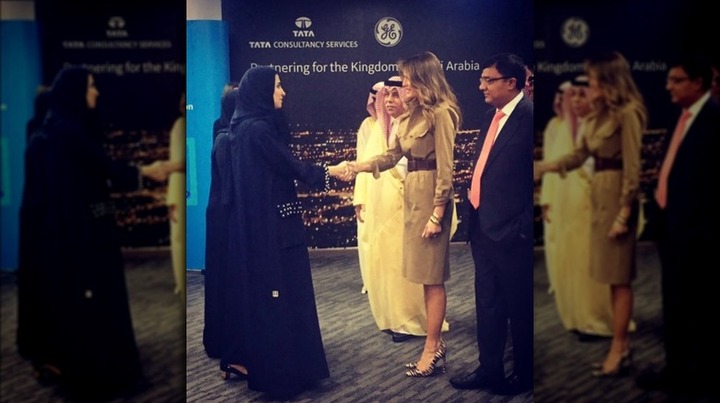 It is not news that when first ladies visit certain cultures, they alter their outfits to fit the culture of the environs they visit. Melania is no exception, as she wore black outfit with a veil when visiting the pope. However, when it was time to visit Saudi Arabia she seemed to have said you know what "I will just go with this".

The Jacket You see in this picture Cost so much that the public simply couldn't take it. 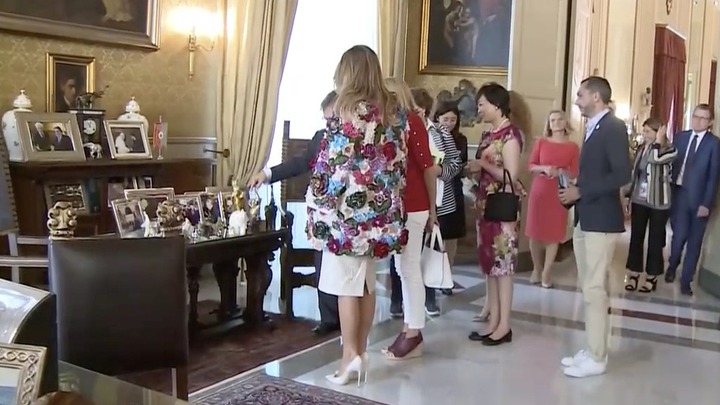 The jacket you see on the first Lady in the picture above actually costs $51,500. The jacket wasn't even available in stores yet when Melania Trump wore it to the G7 Summit and it simply messed with the manner at which the public viewed her. 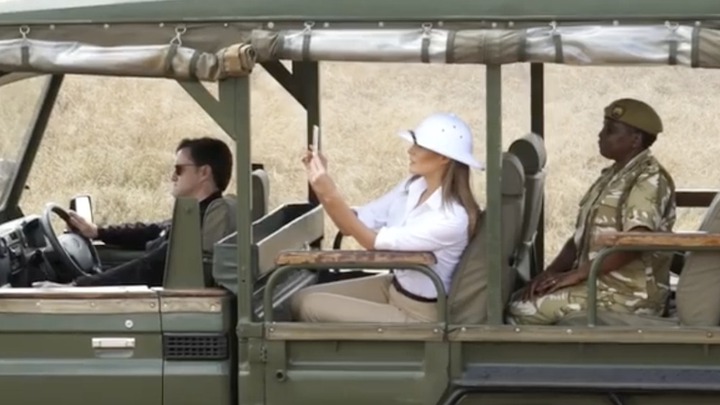 While taking a trip to Africa, first Lady Melania visited Ghana, Kenya, Egypt and Malawi. Though her visit was a good one, what really caught people's attention was an helmet she wore which was promoted by a man called John Murray in his book, Handbook for Travellers in India, Burma and Ceylon in 1902. In his book, he concluded that European travelers needed to wear pith helmets to keep the harsh sun away from their alabaster skin, and as noted by The Washington Post, his conclusions were (and still are) based in "racist pseudoscience."

This Jacket Got Everyone really Angry 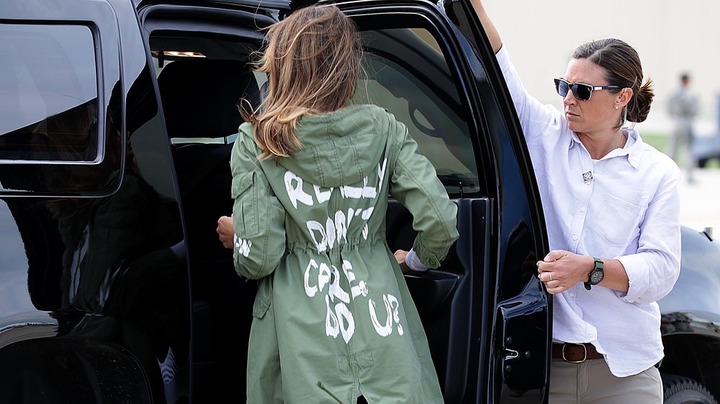 While visiting Texas Melania Trump decided to take a quick stop to visit those who were affected by her husband's Family Separation Policy, the first lady opted for an army green jacket that had" I really don't care. Do U? " written boldly on the back. Many on the internet wondered if it was intentional! Perhaps she actually really didn't care...

Melania Shouldn't have Worn This 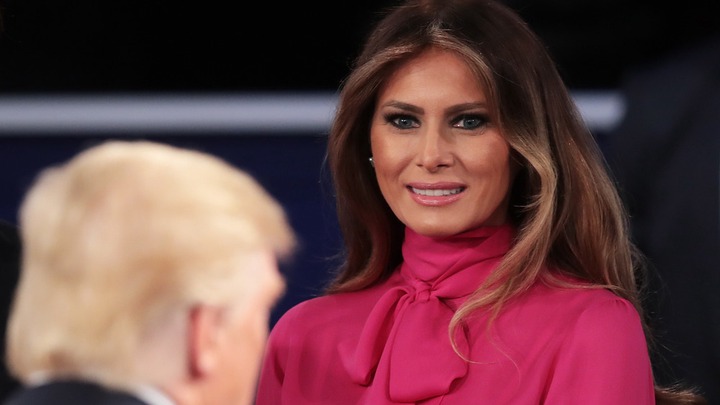 In a debate between her husband, Donald Trump and Hillary Clinton in 2016, Melania decided to wear an outfit from Gucci which costs $1,100 called the pink pussy-bow blouse from Gucci — oh and yes! That's actually its name. The price was an issue but what made the outfit even more controversial was its name and how it fits perfectly into her Husband's use of words when he describes his sexual advances tactics. The outfit drove Twitter crazy!

Melania and Her $1,000 outfit while Gardening. 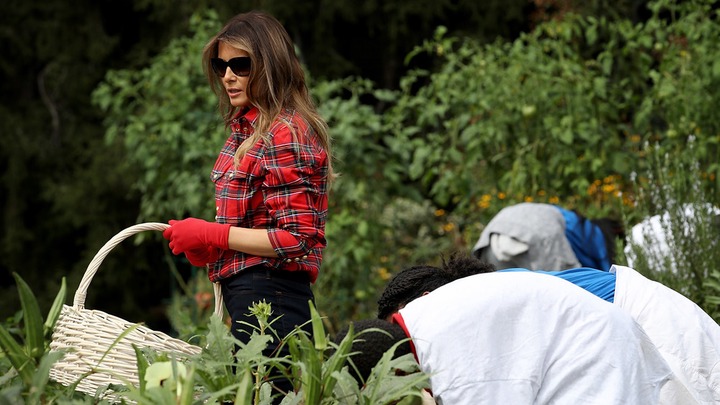 Michelle Obama left a legacy of gardening in the white house in order to provide fresh vegatables and Melania decided to keep it going. However, her outfit while doing a photo op got people talking. They wondered if it was appropriate that a first Lady would put on a $1,000 dollars button down outfit just to do a few things in her garden. She came under serious fire for her choice of Gardening outfit. 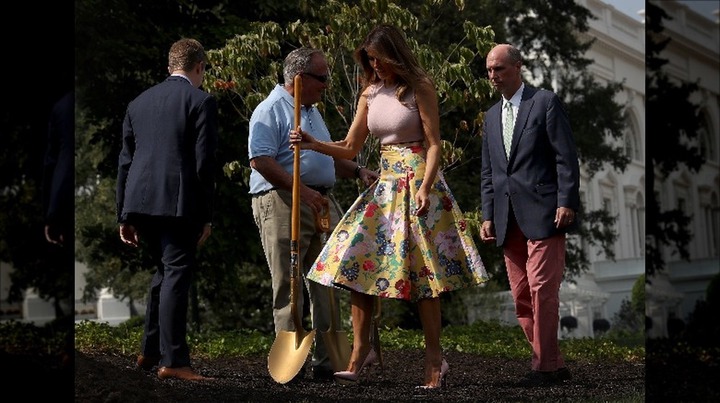 In another picture that surfaced online, Melania was seen gardening with a $4,000 floral skirt from Valentino and a four inched Christian Louboutin stiletto heels that costs between $745 to $800. 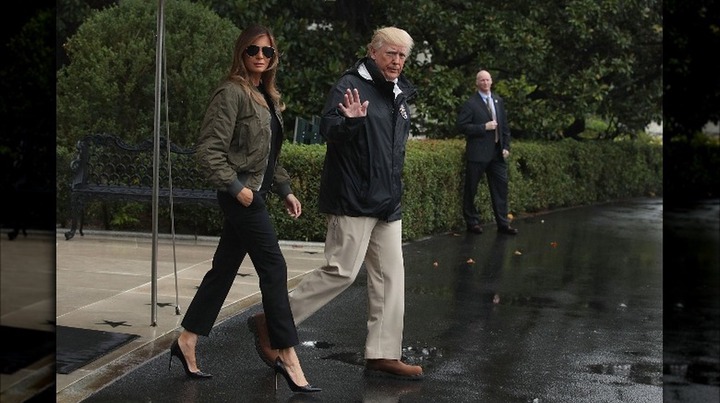 First, the people who live in this area affected by Hurricane Harvey in 2017 had lost everything and it wouldn't help to have someone throw expensive things in their faces. However, this wasn't really the issue, the issue was that she wore a high heel to a place that just experienced 30 inches of rain pouring down and destroying everything in the area. How do you walk in such location with a stiletto heel?

The outfit compared to that of Military dictators 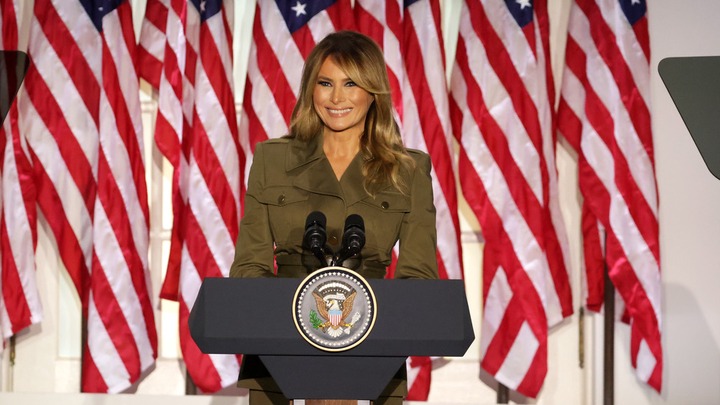 Melania Trump decided to wear an outfit compared to that of Military dictators to a Republican convention in 2020. Though the day provided the internet with some of Melania's best awkward moment it also gave the internet another inappropriate outfit moment.

The Jacket cost $2,400 but it wasn't the price tag that bothered people, it was the fact that the outfit looks exactly like one worn by military dictators.

Melania Chose the most inappropriate outfit while talking about childhood hunger 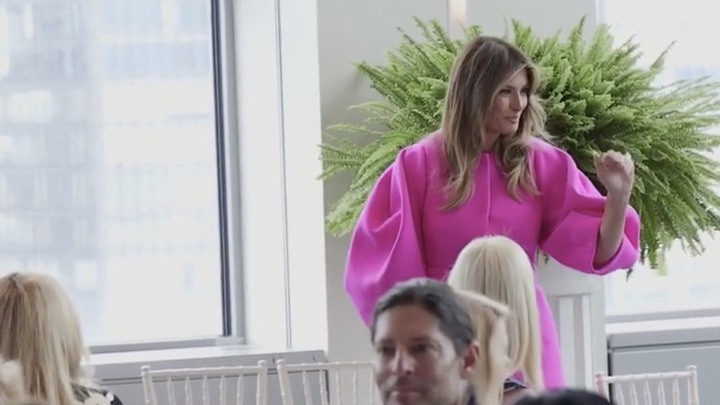 Melania's speech was a beautiful one but peoe were quick to point out a bit of hypocrisy when they found out she was putting in a $2,950 fuchsia pink dress from designer Delpozo. The outfit wasn't particularly bad it was just inappropriate to talk about Child hunger while putting on such expensive outfit.

The moment she set the internet on fire with this outfit 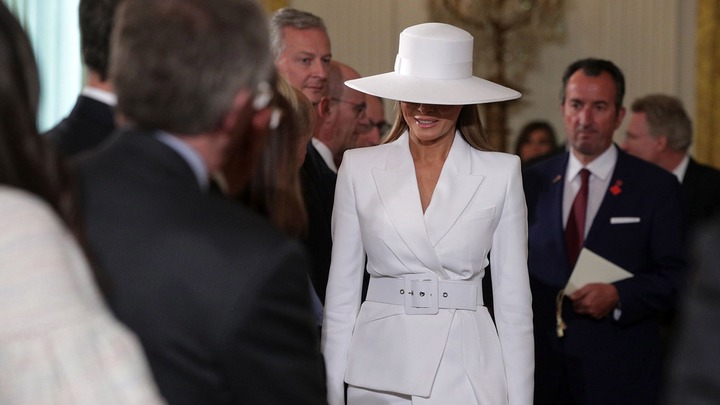 If there is anything that Donald Trump is known for, it is that he places America first and he doesn't fail to mention it. However, this limits his wife's fashion choices as she has to be styled by Americans. However, during the visit of the French President, Melania wore an outfit that got heads turning left and right as it wasn't at all made by Americans nor was it styled by an American. 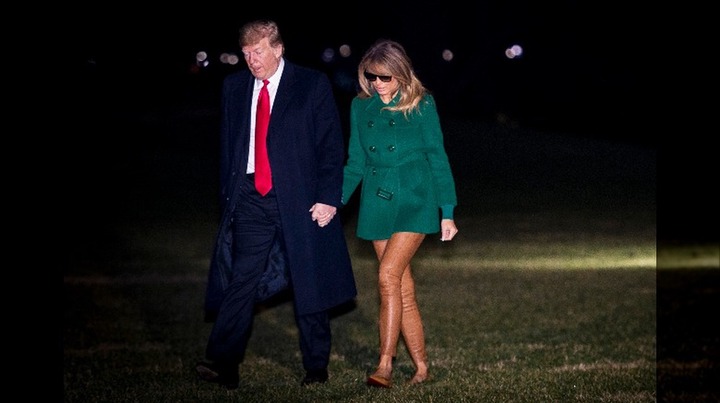 Her decision to wear a $3 million 25-carat diamond ring in her official White house portrait. 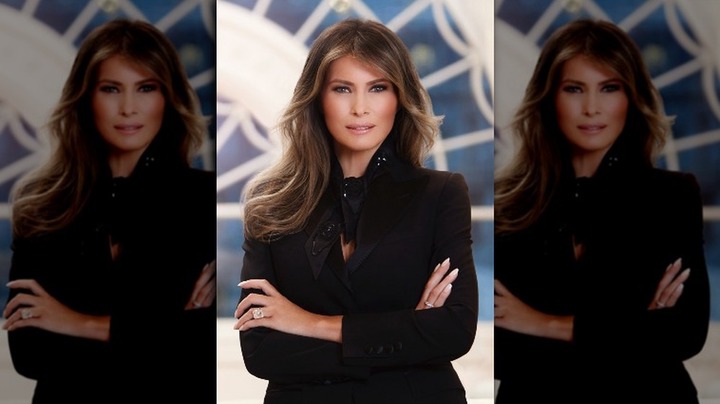