Southern Govs should stop ganging up, issuing threats to get 2023 Presidency –Shekarau

Ibrahim Shekarau, a former governor of Kano State, has urged that the 17 Southern governors should cease "ganging up" and "threaten[ing]" for the presidency in 2023. 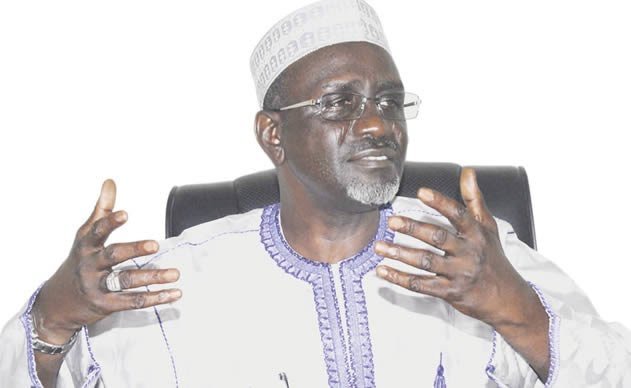 Shekarau, who represents Kano Central District in the Senate, claimed this on Channels Television's "Sunrise Daily" breakfast program, which The PUNCH observed on Monday.

The APC chieftain stated that the next President, after incumbent Major General Muhammadu Buhari (retd. ), should come from the country's southern region to give every Nigerian a "feeling of belonging."

He further stated that in the next election, which is around 18 months away, the APC should zone its presidential ticket to a skilled and respectable candidate from the South.

However, the two-term governor and former Minister of Education slammed the Southern Governors for “banding together” to claim the presidency in 2023.

There has been a lot of political posturing, permutations, and fireworks as the general elections in 2023 get closer. The 17 Southern Governors gathered twice this year to demand that authority be transferred to their region, while the 19 Northern Governors convened last week to oppose such a move, stating that the candidate with the most votes in the upcoming general elections will be elected President.

Shekarau, speaking on the television program, bemoaned the fact that the subject of zoning has devolved to the point that democracy has been reduced to "regional gang-up."

The Senator chastised the Southern Governors for their many meetings and "gang ups," stating they should not incite other factions in the country to make similar requests, which would inflame the political situation.

“As far as my party, the APC, is concerned, my idea is that now that President Buhari is from the northern part of the country and has completed his eight years, let the searchlight be directed to the southern portion of Nigeria. It's not that we don't have capable people in the north... That isn't to say that the issues of competence, credibility, and so on aren't still relevant.,” Shekarau stated.

“While I believe that we should strive for the greatest and therefore throw it open to everybody, regardless of where in the country we are, we must also consider the importance of a sense of belonging. To offer every part of Nigeria a sense of belonging, we must be conscious of perception.

“Where I disagree with the Southern Governors is when they band together and say it has to be our turn. I believe this is merely a social gathering.”

“Today, the Southern Governors band together; tomorrow, another group will band together and say, ‘It has to be us,'” he remarked.

“Governors are very prominent people in the scheme of things; they are leaders,” Shekarau added. “They must be careful coming together to make some pronouncement that would amount to inciting the general public to take a stand and see it as a regional fight.”