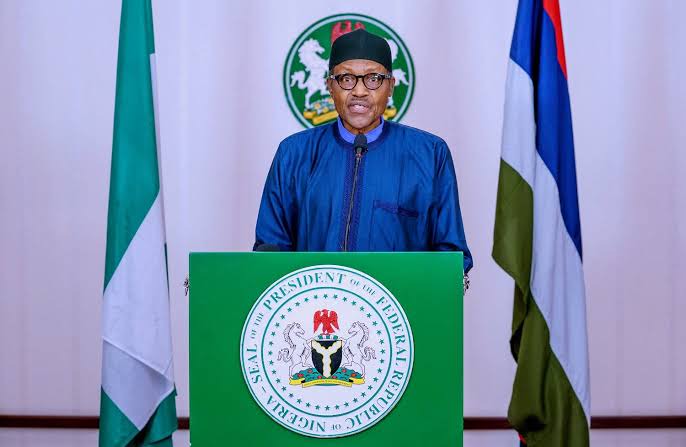 He said the President directed a clampdown on bandits who have refused to surrender.

On the efforts being made to rid Zamfara and other northern states of bandits, Shehu said the government is resorting to lethal force.

“The president has ordered security forces to go into the bushes and shoot whoever they see with sophisticated weapons like AK-47,” he said.

“He ordered that whoever is seen with terrible weapons at all should be shot immediately.”

Shehu also said the Nigerian government declared Zamfara a no-fly zone following intelligence that arms were being transported to the bandits with private jets.

“These jets are being used to pick up gold that is being mined in some parts of Zamfara and exported. This is strong because at the moment, there is a Nigerian gold market in Dubai. The government is losing, the people of this country are losing, that’s why it is said that gold mining is banned for those who are not made by the government," he said.

The best statement ever that comes from the President regarding the insecurity bedeviling the country. You don't negotiate with terrorists, you fish them out and neutralized them. Weldon Mr Presido.

statement that comes from Garba Shehu, not the president. Unless you were the one that interviewed Buhari when he made the statement. Please help us with the video clip or direct us to the link so we can watch it too

Where did he say that , where is the video, in which press conference, who did he spoke to ,which press interviewed him ..200 million Nigerians fooled with an impostor when their president is dead for long

A lot headlines with no proof to confirm if it's true. I won't believe Buhari said "shoot anyone seen with AK-47" until I see a video of him giving such speech or it's posted in his official page cos bloggers are known to say anyth!ng for cl¤ut. Bloggers kindly attach a proof

Fellow Nigerians, this is not tltime to carry toy guns around. Baba has order to shoot at anyone seen with AK-47.

Trust them, if you carry small gun, they can fire you and answer query later but you would have died.

Those of us that shoot movies or drama groups, let's be careful.

I just hope SOLDIERS will not be shooting POLICE in MUFTI.

All our SECURITY AGENTS must be in UNIFORM, if not, CALAMITY knocks

The bandits should be killed not people with Ak47. People are left with no protection what's over and now your denying them the rights to protect them selves . Nobody will carry any Weapon if he feels safe and protected

Somebody tell Garba Shehu to tell the President who is afraid to speak to us that this is how it is done, this is the former President Obasanjo death with Yoruba Bandits called OPC. Let him dear.with Fulani Criminals, Bandits and Boko Haram this way

Behind the scene our soldiers are not allowed to carry out their duties.

Is this really aware of what's happening, folks something is wrong. Ayam very very suspicious of a lot of things especially the presidency. That statement " who is the presidency" is preg

Ayam consulting that man that followed Sowore to court, he might know shomtin

Another lie for the media, tomorrow they will run fresh kidnap. Didn’t they just resupply them

no fly zone declaration is not only verbal. You must have the requisite technology and manpower to enforce.

He should come out and say it on national broadcast, not hiding inside his oza room to whisper. Abegi.

Don't fuck up a good thing by digging too much. We all have a history.

People don't want to believe this but are ready to believe anything negative.

Now you're talking. Enough of the nonsense.

This is a very safe way to display your wickedness

Who is Ada Jesus: Biography of the Nigerian Comedian who died from Kidney disease

End your day with these prayers