By Brilliance (self media writer) | 1 month ago 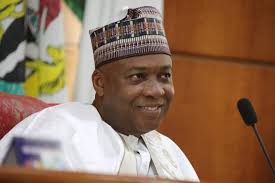 PDP may respect the position of the Southern governor's forum, PDP is very strong in the South, North Needs the support of the South to be able to win the Presidential election. Although some political bigwigs in the North have indicated interest to contest for the President in 2023 even though they have not officially declared.

They are former Vice President Alhaji Atiku Abubakar, former Senate President Dr. Bukkla Saraki, former governor of Jigawa State Sule Lamido among others. Senator Iyorchia Ayu’s Chairmanship will be ratified at the Special National Convention of the PDP slated for 30th and 31st October 2021 in Abuja.