By eFactor (self meida writer) | 12 days

The Christian Association of Nigeria, Gombe State chapter, has described the Minister of Communications and Digital Economy, Isa Pantami as a great son, and stated one of his tremendous achievements within 2 years he has headed the newly created ministry. 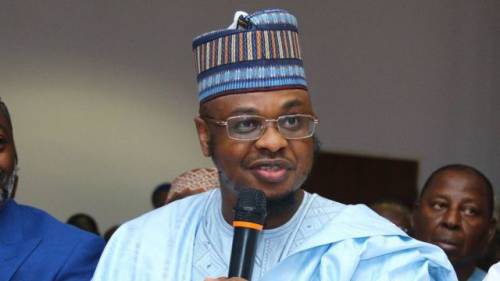 The Christian body which extolled the good virtues of the Minister while congratulating him over new promotion to the rank of professorship said they are proud of him. This is contained in a report published by Sahara Reporter on Tuesday.

Recently, the Governing Council of Federal Univerity of Technology Owerri (FUTO) at its 186th meeting had elevated Pantami and six others from Academic Readers to the rank of the professorship. The Minister is now a Professor of Cyber Security.

In a congratulatory letter written by the association's secretary, Senior Apostle John Adedigba, on behalf of all the members of the caretaker committee, the body said Isa Pantami has made Gombe State proud in all ramifications.

This was coming barely 24 hours after the Nigerian First Lady, Aisha Buhari had shaded the minister on social media. Aisha had taken to her official Instagram page to react to a viral video of the Minister.

In the video, the Pantami was spotted breaking down in tears during his Islamic lecture after a particular Quranic verse that talks about the phenomena of the hereafter were read to him. The Minister who spoke in the Hausa language said he would like to enter paradise as his everlasting abode.

But, in her response, Aisha Buhari was reported to have scolded him by charging him to always do good if truly he dreams to enter the blissful Heaven. 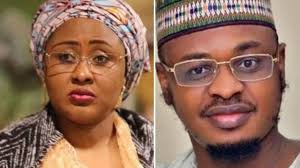 In recent times, the Gombe-born scholar has faced a lot of criticisms over his past teachings on terrorist groups like Boko Haram, ISWAP, and others. In most of his videos, he was seen praying for them to have victory on their terrorist activities.

This was why many Nigerians and opposition parties in the country had mounted pressure on President Buhari to sack him. The refusal to remove him from his cabinet further raised concerns and allegations against the President.

Amidst these, Pantami came out to explain how he had let the past go out of his way. He claimed to have relinquished his past radical teachings and said his views had changed over time.

The Minister who further claimed to have the highest number of Christians among his staff and co-workers said he had in the last 15 years been traveling around the country to preach against terrorism.

Meanwhile, CAN for Gombe State Chapter has revealed, out of many, one of the reasons why they are impressive and praising him ever since he resumed the ministerial post. Check it now: 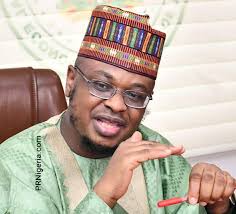 He completed one thousand projects and almost 400 ongoing projects within 2 years.

The religious body said Pantami has done excellently well within 2 years in the new ministry, and his feat has made them delighted to have him as a son.

In the congratulatory letter, the body then prayed for the Minister and President Muhammadu Buhari for supporting and believing in him.

The statement reads in part: "We pray as a church that God will use you to achieve many more and you will finish well in Jesus' name. Once again Congratulations.”

The Sky Is Big Enough To Accommodate Everyone - Joe Said As He Shares Photo Of Men Under The Rain.