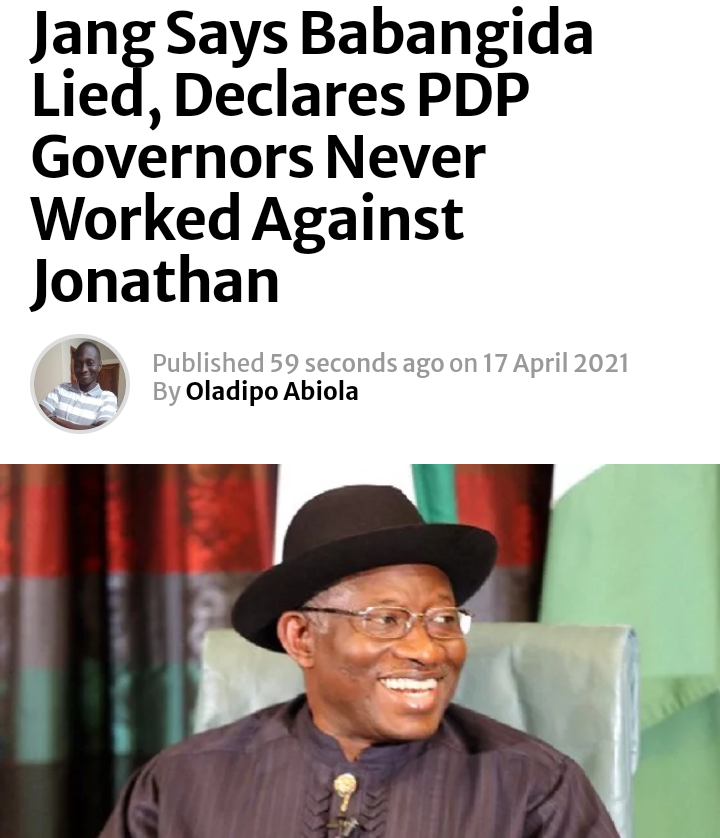 Former Plateau State Governor, Jonah Jang has denied an allegation that northern governors of the Peoples Democratic Party (PDP) worked against the second-term bid of former President Goodluck Jonathan in 2015.

Jang was responding to an allegation levelled by former Niger State Governor, Babangida Aliyu who claimed that the Northern PDP governors worked against Jonathan’s re-election bid because he reneged on an agreement not to seek a second term.

It will be recalled as earlier reported by Naija News that Aliyu on Friday while reacting to his suspension by the PDP in Chachanga Local Government Area of Niger, said the North would have lost out completely if Jonathan got reelected.

Aliyu who was the chairman of the Northern Governors’ Forum said after northern governors supported Jonathan to complete the tenure of late President Umaru Musa Yar’Adua, the former president was still allowed to contest in 2011.

But reacting to the allegation, Jang in a statement on Saturday said there is no truth in the submission by Aliyu. 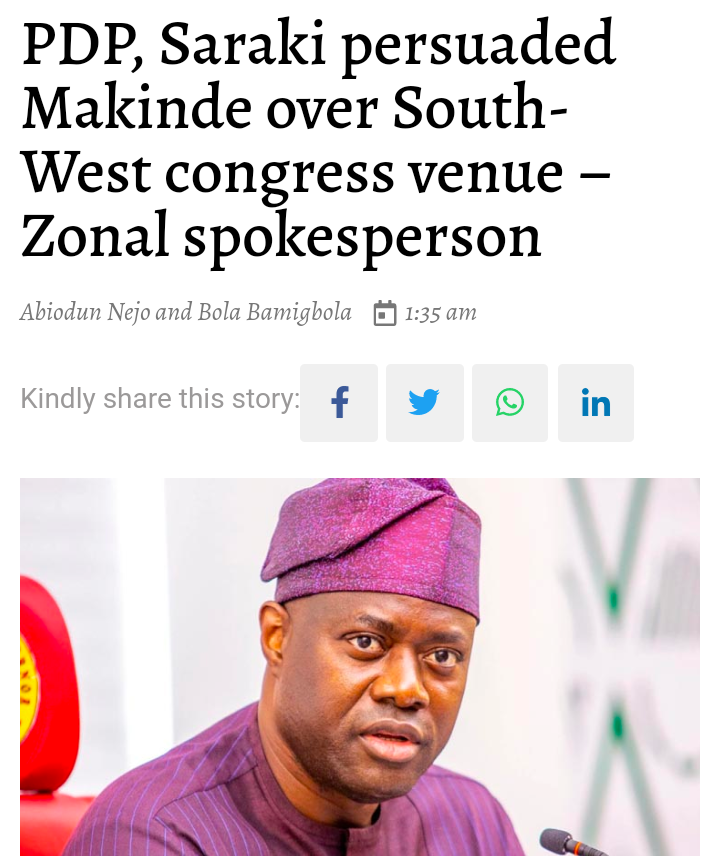 The Peoples Democratic Party in the South-West on Friday disclosed that in the interest of peace, the party and a former Senate President, Dr Bukola Saraki, had to persuade the Governor of Oyo State, Mr Seyi Makinde, to agree with those who wanted the venue of the congress to be moved to Osun State.

The party, however, called on a former governor of Ekiti State, Mr Ayodele Fayose, not to allow himself to be used by the All Progressives Congress to destabilise the party.

The party’s zonal publicity secretary, Chief Sanya Atofarati, who expressed doubt whether Fayose indeed wanted the party to bounce back, said in a statement that the party was surprised and disappointed by Fayose’s utterances after the election, considering what he said during the congress that he would abide and accept whatever the outcome of the congress was.

“It says more about the person of the former governor,” he addedAtofarati said, “It would be recalled that Fayose had earlier approached a Lagos court that the congress should not be held in Ibadan, but (he) failed.

Why Some PDP Governors Worked Against Jonathan In 2015.﻿ 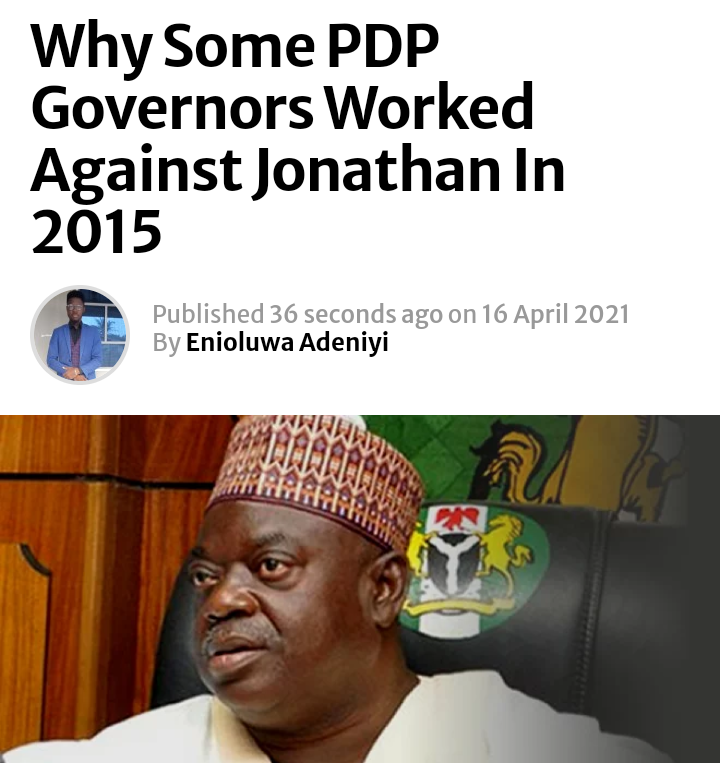 Aliyu while reacting to his suspension by the PDP in Chachanga Local Government Area of Niger, said some governors under the party worked against Jonathan in 2015 because he reneged on an agreement not to seek a second term.

Recall that PDP in the LGA said Aliyu was suspended for anti-party activities, including working against Jonathan in 2015.Jonathan was the first incumbent Nigerian president to lose an election.

The former chairman of the Northern Governors Forum, said the north would have lost out completely if Jonathan got reelected.

He said after northern governors supported Jonathan to complete the tenure of late President Umaru Musa Yar’Adua, the former president was still allowed to contest in 2011. 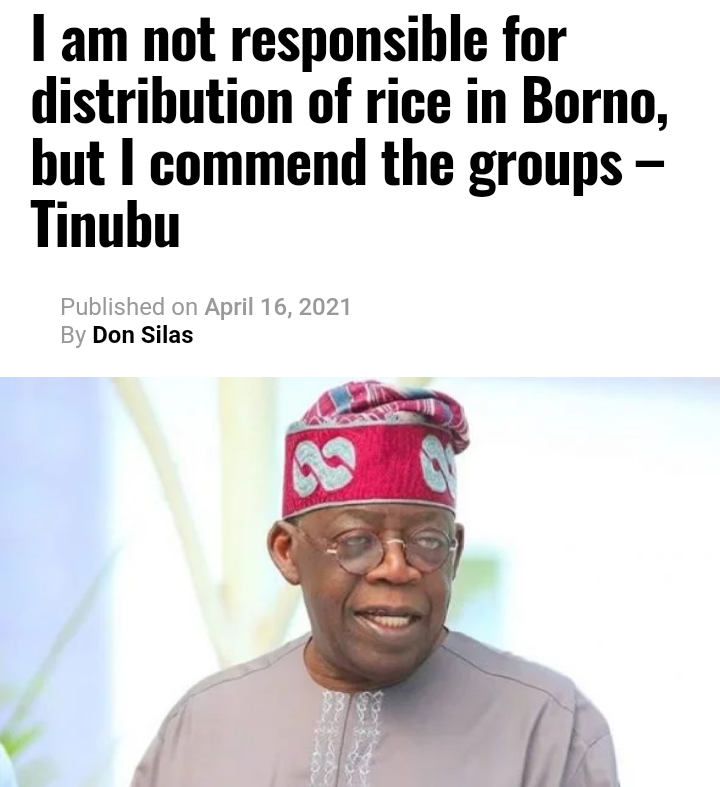 Bola Tinubu, the National Leader of the All Progressives Congress, APC, has denied distributing bags of rice to IDPs in Borno State.

Recall that the Speaker of the Lagos State House of Assembly, Rt Hon Mudasiru Obasa had donated 10,000 bags of 15kg rice to Internally Displaced Persons, IDPs, in Borno State.

The rice which had the photograph of Tinubu was said to be aimed at cushioning the hardship faced by thousands of IDPs during the holy month of Ramadan fasting.

Reacting, Tinubu insisted that he was not responsible for the gestureIn a statement by his Media Aide, Tunde Rahman, the former Lagos State governor, however, commended the efforts of the various groups for their benevolence, NAN reports. 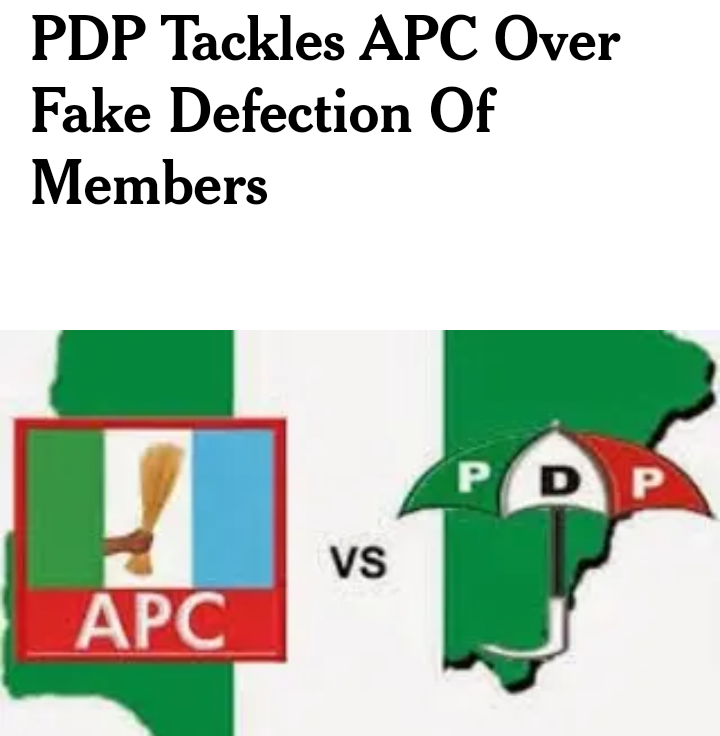 The People’s Democratic Party (PDP) in Akwa Ibom State have tackled the All Progressives Congress (APC) over claims that the former is planning to stage a ‘fake’ defection ceremony against it.

Spokesperson of the APC in the state, Nkereuwem Enyongekere, had in a press release alleged that the PDP bought a tipper load of brooms to be burnt during the so-called defection charade.

Enyongekere said the PDP was taking advantage of the minor leadership controversy in the APC to stage the fake defection and give the erroneous impression that the APC was dead in Akwa Ibom. 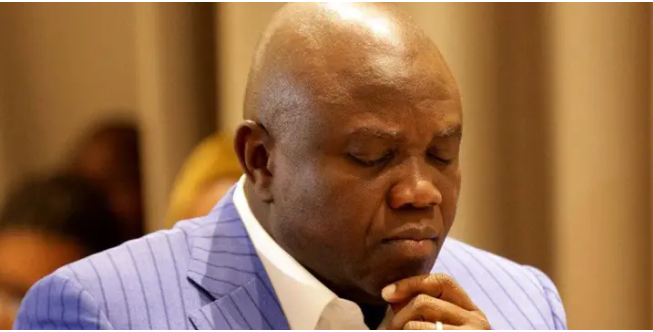 The Economic and Financial Crimes Commission (EFCC) has allegedly sealed a palatial home said to belong to the immediate Ex-governor of Lagos State, Akinwunmi Ambode.

The house located at 320 Jide Oki Street in Victoria Island, Lagos state, has EFCC Keep Off Under Investigation, written boldly across it.

According to a source, Akinwunmi Ambode’s house was sealed by the EFCC due to suspicions of corruption and embezzlement.