By Validnewsreport (self meida writer) | 17 days

Goodluck Jonathan was the former Nigerian president who was kicked out of office by the current president of Nigeria, President Muhammadu Buhari. 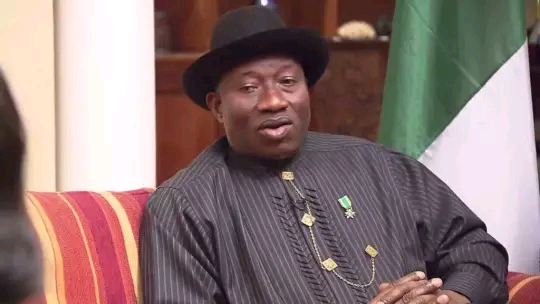 Recall that before Goodluck Jonathan became a president, he was a vice president to Late Yaradua. When Late Yaradua was seriously sick, he has flown abroad for medical attention, unfortunately, he gave up the ghost. He died while he was serving Nigeria and was brought back to Nigeria where he was buried.

According to the constitution of Nigeria, once the president dies while in office, the Vice president during the time automatically becomes the president to complete the administration of the late president.

When president Yaradua died and was buried, there were lots of controversy among the people of Nigeria especially, the Northern politicians. Some were of the view that the leadership of the country should be given to the chief justice of the federation. But the judiciary body of Nigeria was aware that the constitution stated clearly that when the president of Nigeria dies while serving the country, the Vice president will be sworn in as the president.

Recall that during the administration of Goodluck Jonathan, there were issues of insecurity in the country, bombing by Boko Haram Insurgents, and others. His administration was also accused of corruption as many politicians were said to have stolen Nigerian money. Because of these, Nigerians decided to vote him out of office and voted in a former military head of state, Muhammadu Buhari. Nigerians thought that President Muhammadu Buhari would change all the woes faced during the administration of Goodluck Jonathan, but unfortunately, the current administration became even worse than the former.

Also, the level of corruption now is higher than during the Goodluck Jonathan administration.

Therefore, Nigerians should start apologizing to Goodluck Jonathan for kicking him out of the office, and by doing so, Nigeria will be set free from all these issues of insecurity and corrupt practices. This is just a personal opinion.

Note; the above information is based on polite assessment and evaluation. It isn't influenc by any political party or whatever.