UPDATED: Funtua dies after driving self to hospital St. Louis couple charged with illegal use of arms for ‘threatening peaceful protesters’ who crashed into their private.

The UK has suspended its extradition treaty with Hong Kong, the Foreign Secretary has confirmed

Climate change could wipe out polar bears by 2100, a study has forecast 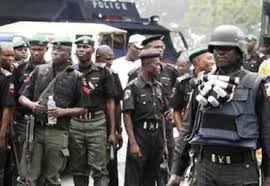 Music publication Q Magazine is set to fold after 34 years