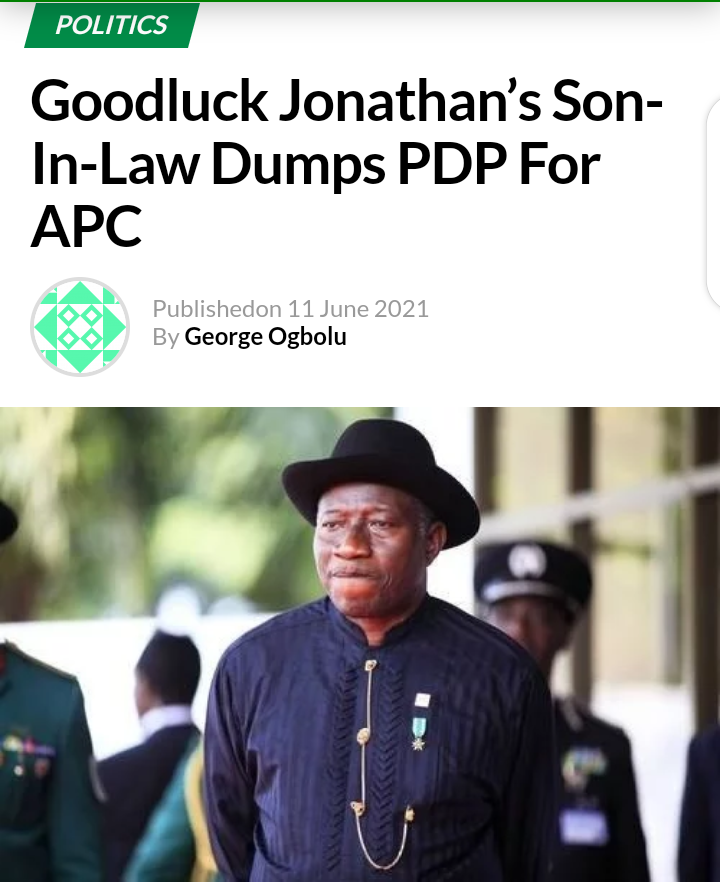 The son-in-law of former President Goodluck Jonathan, Prince Godswill Edward, has defected from the Peoples Democratic Party (PDP) to the ruling All Progressives Congress (APC).

Naija News reports that Edward decamped to the ruling party together with many of his supporters at Usumutong/Abeugo council ward in Abi Local Government Area of Cross River state on Wednesday, June 9.

The Director-General of the Conference of APC Support Groups, Obidike Chukwuebuka, congratulated Prince Edward on his decision to abandon PDP.

He described his move as a victory for the APC in the South-South part of Nigeria and a plausible confirmation of President Buhari’s unflinching leadership style. 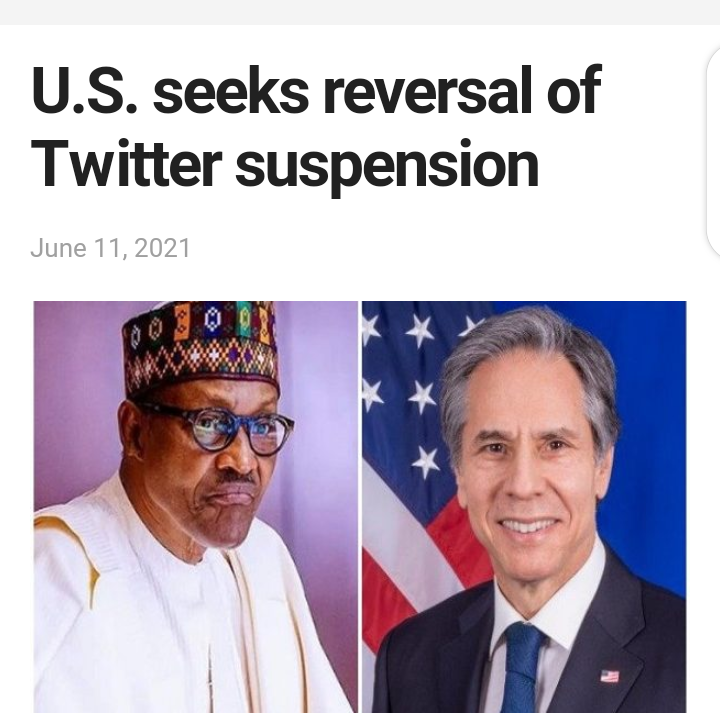 The United States (U.S.) on Thursday faulted the suspension of social media giant Twitter by the Federal Government.

It described the action as undue interference by the government to restrict the people’s views on issues.

Information, Culture and Tourism Minister Lai Mohammed said on Wednesday that Twitter must register with the Corporate Affairs Commission (CAC) and obtain a licence from the National Broadcasting Commission (NBC) as parts of the conditions to operate in the country. President Muhammadu Buhari on Thursday declined to answer a question on when the suspension will be lifted to enable users have access to the micro-blogging platform. 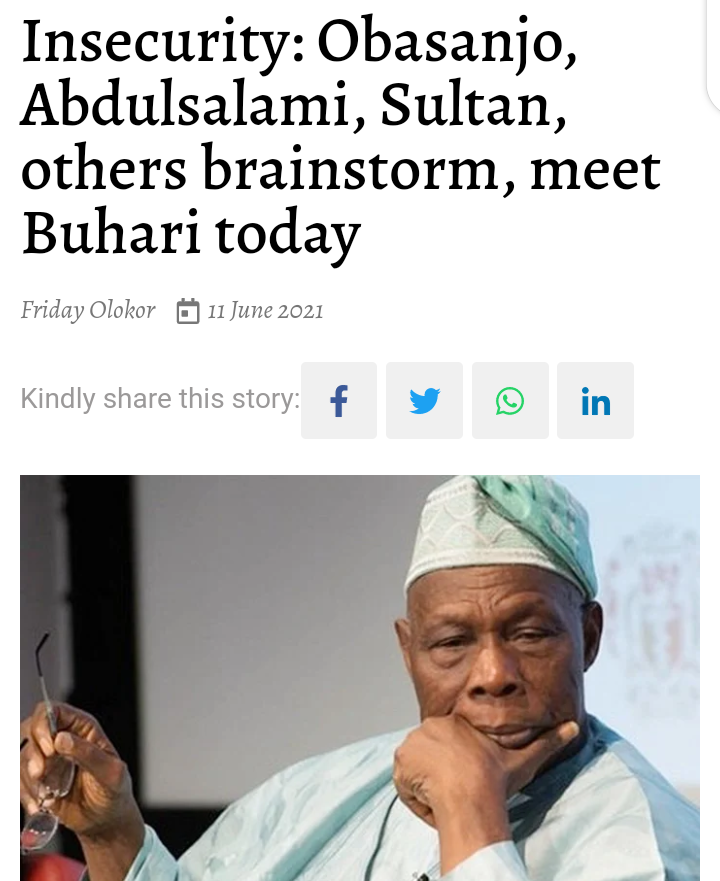 Amid the security challenges in Nigeria, elder statesmen, political and religious leaders on Thursday had a marathon meeting behind closed doors but declined chat with journalists. 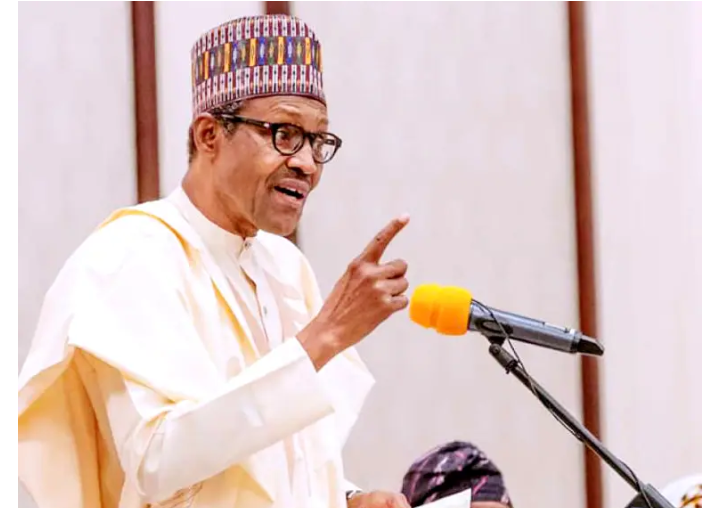 President Muhammadu Buhari says his directive to security agencies to shoot any person or persons found illegally wielding AK-47s and other assault weapons, remains in place.

The president also vowed that his administration would act firmly and decisively ‘‘against any and all persons found attacking our Police Force and other security personnel”. Mr Femi Adesina, the president’s spokesman, in a statement, said that Buhari spoke on Thursday in Lagos at the handing over of security equipment by Lagos state governor Babajide Sanwo-Olu, to the Police Command in the south-western state. 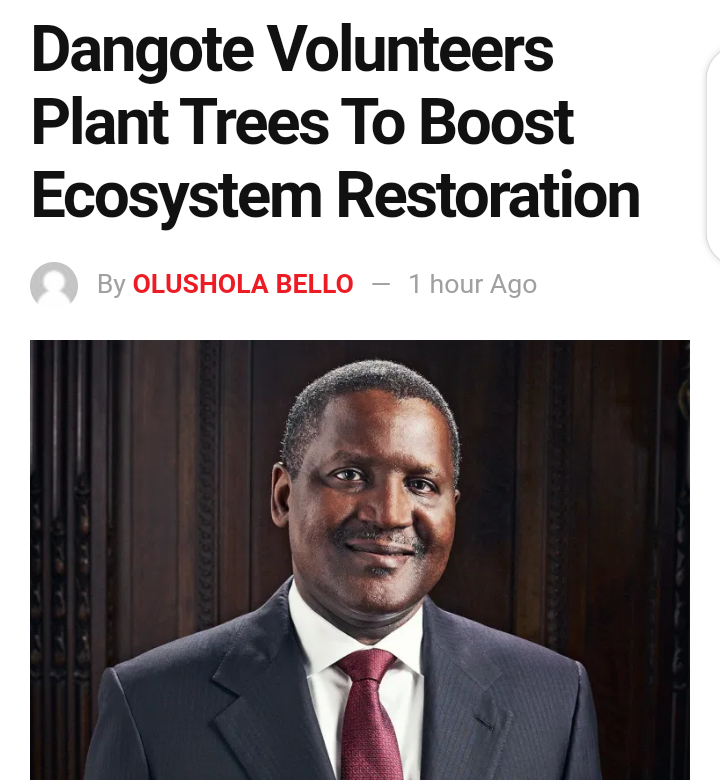 To help realise the global objective of a better and safer ecosystem, the Dangote Group has initiated a tree planting campaign through an Employee Volunteering initiative.

The Group said this move is in line with the culture of sustainability embedded in the organisation’s operations.

The campaign, aimed at creating awareness and preserving the environment, which aligns with the United Nations 2021 World Environment Day (WED) theme ‘Ecosystem Restoration’, kicked off on June 7 in some public and low-income private schools around Ikoyi, Lekki/Ajah and Victoria Island, Lagos.

At the designated school premises, Dangote Volunteer employees in collaboration with officials of the Nigerian Conservation Foundation (NCF), planted trees to ensure a healthier environment for current and future generations. 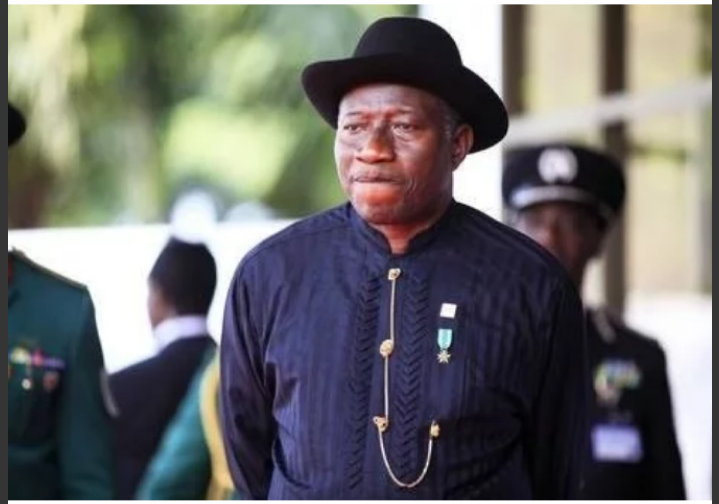 Ladies, Check Out These Latest And Stylish Ankara Skirt And Blouses In Vogue