By onlinereport (self media writer) | 1 year ago

There are indications that Buhari will not support Jonathan on his candidacy in 2023, says Julius Ihonvbere.

Julius Ihonvbere, said President Buhari had not yet shown any support for Goodluck Jonathan's candidacy.

There are reports showing how the APC is trying to convince Jonathan, the former Nigerian president, to run for office in 2023.

Despite reports of frequent visits to the former president, Jonathan has not yet stated his intention to run for president in 2023. 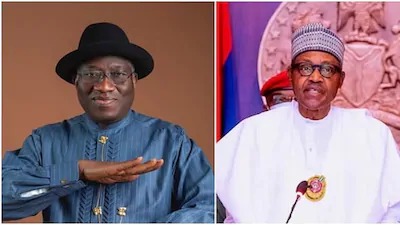 Controversy erupted after some APC governors visited Jonathan to congratulate him on his birthday.

Ihonvbere, who represents Owan West South constituency in the House of Representatives, said that he did not think Buhari would back Jonathan to replace him.

The lawmaker said: "As long as this is Buhari we know, any observer will realize that he is unlikely to let Jonathan succeed him.

Speaking further, he said Jonathan should remember that in his time there were many things he did not stop during his reign, which he should have been told to stop.

He advised the former president not to act hastily on his candidacy in 2023, not to lose his dignity after admitting defeat in 2015.

Content created and supplied by: onlinereport (via Opera News )