Edo 2020 : Obaseki Gets More Boost As Another Prominent Politician Returns To PDP 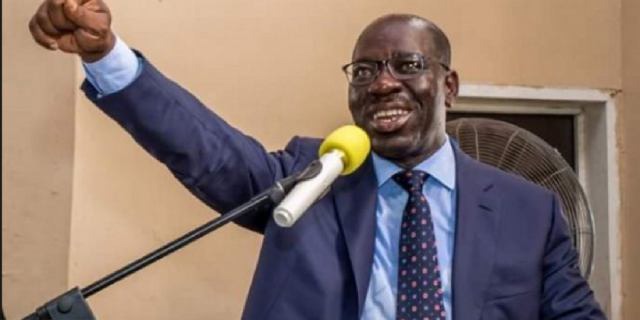 The second term bid of Governor Godwin Obaseki has recieved another boost as a prominent politician has joined the Edo state, Peoples Democratic Party, PDP.

A National Leader of the Action Democratic Party (ADP), Sir Roland Owie has formally announced his defection to the PDP, while calling on his followers and supporters to do likewise.

In a statement Chief Robert Owie, a former Chief Whip of the Nigerian Senate asked his supporters to work for the re-election of governor Godwin Obaseki of Edo state.

Chief Owie, who was a former member of the PDP re-joined the party in his home town of Ilobi-Isi in Uhunmwonde Local Government Area of the State.

He recalled how a former Senate President, Late Chuba Okadigbo, himself and other prominent politicians were forced out of the PDP some years ago.

He said he consulted far and wide before taking his decision, noting that Governor Godwin Obaseki is a son of Isi who due to his performance should be supported ahead of the September 19th Governorship election. 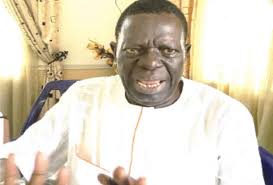 " You all would recall that I have spent the better part of the last 17 years outside of the Peoples Democratic Party family – except for a brief return between 2011 and 2015. Recent happenings in our dear nation, Nigeria has reignited my conviction to realign with positive and progressive mainstream political forces on a rescue mission

He accused the PDP leadership during his first stint in the party of being abusive and intolerant.

“ I left the Peoples Democratic Party because Impunity came into the party, the leadership of the PDP became abusive, vindictive AND intolerance to different opinions and viewpoint. "

" But I must tell you that the Peoples Democratic Party has woken up under this dispensation because the All Progressives Congress has adopted the same style of impunity to the extent that the party will be saying it is the high court, court of appeal and the even the supreme court. APC is dead.

"In view of these, I am happy to inform you all today that I am returning to the Peoples Democratic Party, the party I can confidently call home.

“We all know all politics is local, I must add that on the home front, my return to the Party would also ensure that our amiable Governor Godwin Obaseki is re-elected for a 2nd term.

His return to the PDP and endorsement of Godwin Obaseki is a another big boost to the governor's campaign as 35 political parties had on Saturday collapsed into the PDP and rallied behind Obaseki.