We stand with Alake of Egba land - Egba women [VIDEO] 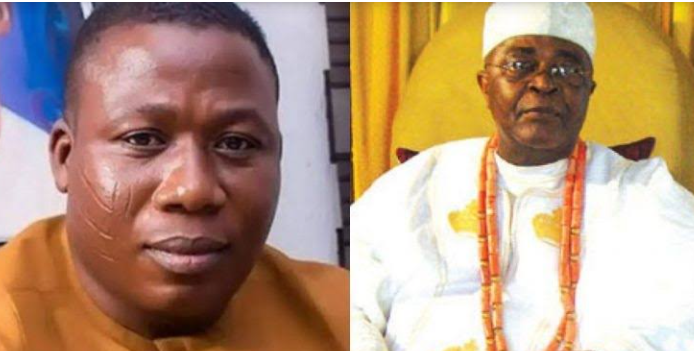 Obas under the aegis of Egba Traditional Council, Egba women leaders as well as indigenes of Egbaland at home and in diaspora have declared their unflinching support for the Alake, Oba Adedotun Aremu Gbadebo.

Oba Gbadebo was recently berated by some social media users over a comment that Nigeria is better as an indivisible entity, saying the black race would fail if Nigeria failed.

Alake warned those beating the drum of war to embrace peace, warning that no nation could accommodate 250 million people as refugees.

The Obas comment came a few days after the self-acclaimed activist, Sunday Adeyemo (aka Sunday Igboho) declared that Yoruba would no longer be a part of Nigeria.

With this, Sunday Igboho’s spokesperson, Olayomi Koiki, did a video, wherein he attacked the Alake, with a threat that angry Yoruba youths would invade his palace because he did not support the secession plan.

Aside from Koiki, many individuals called out the monarch on the social media for his comment, which they interpreted as tackling Sunday Igboho.

On Thursday evening, Egba kings, chiefs, women leaders and traders troop out to tell the Paramount Ruler that they are behind him.

But, the verbal attack on Alake was described by the Osi Egba, High Chief Bode Mustapha, as unwarranted, ill-advised and a desecration of the Yoruba's respect for the truth, the royalty and the elders.

Egba Women Chiefs and markets leaders, who were led by Iyalode Alaba Lawson, were at the Ake Palace in Abeokuta to show solidarity and renew their loyalty to the king.

Speaking on behalf of the Iyalode, the Otun Iyalode told the Alake to continue to stand by his clarion call for justice and peace, not only in Egbaland, but also in Nigeria, saying “we don't want war in Egbaland.”

She assured the revered monarch that the entire Egba women were solidly behind him, saying it is only those looking for the wrath of God and Egba people that would talk ill of Oba Gbadebo.

In her words, the Iyaloja of Egba, Chief Kemi Oloyede emphasised that “Egba traders will never allow social media miscreants to insult our revered monarch, in whatever circumstances”, adding that only uncultured people would insult an Oba.

In the same vein, Egba traditional rulers, sword to always “defend the good name and the integrity of the Alake.”

The Olu of Itori, Oba AbdulFatai Akamo, said this when he led a group of Egba Obas and baales to pay homage to the Alake.

Oba Akamo stated that the Alake should not be bothered by what he called the “misguided utterances of social media hoodlums”, who he said had no other business than to spread fake news and engage in “anti-social behaviour and irresponsible cultural attitude to their community leaders.”

Akamo warned those peddling fake news and making disrespectful statements about the Alake to immediately desist or “be ready face self inflected cultural destruction.”

He stressed that that it was not those who rightly or wrongly cause a war that suffered calamities, but the innocent, especially women, children and the aged.

He added that, in spite of the many challenges facing the nation, Nigeria would be better if leaders can sit together to talk sincerely with the fear of God, saying “it is better off to jaw-jaw than to war-war.”

He seized the occasion to call on politcal leaders, the youth, and religious bodies to remember that they had been called by God to lead Nigerian aright in peace and justice. Watch video