By Helenkome (self media writer) | 2 years ago 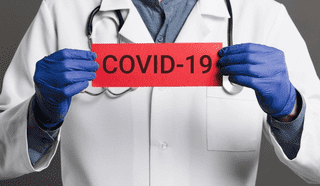 “Please as we pray for his peaceful repose, let us know that COVID-19 is real and we will do well to observe all the necessary health precautions and safety measures,’’ he said.

Igweshi, who is also the Chaplain of St. Lucy Chaplaincy, Emene, near Enugu, prayed that Fr. Cabanyes soul rest in perfect peace.

2. Civil servants to resume work in Kaduna State on Monday Kaduna State Government has directed its civil servants to report to work on Monday, after working for over three months from home.

This followed the review of the Quarantine Act and Kaduna State Public Health Law, which quarantined all residents on March 26.

The directive in a circular by Ibrahim Jere, Permanent Secretary, office of the Head of Service was made available to the News Agency of Nigeria (NAN) on Saturday.

Jere stated that different category of workers would work in different days of the week, from 9 a.m. to 3 p.m.

He said that all Permanent Secretaries, Directors General, Chief Executives of Agencies and Parastatals as well as Directors would work from Monday to Friday.

The permanent secretary also said that in an effort to contain the spread of COVID-19, visitors would be restricted from offices.

”The order will be enforced by assigning staff officers to identify their staff at the entrance gate from 8.30 a.m. to 9.30 a.m.’’ he said.

Jere pointed out that COVID-19 prevention protocols would be strictly complied with by Ministries, Departments and Agencies (MDAs) as well as all arms of government.

The COVID-19 protocols include social distancing at work places, subjecting all workers to temperature checks at the entrance of the MDAs, observing respiratory hygiene and hand washing. The organized labour in Ekiti State has issued a 14-day ultimatum effective from Monday, July 20 to the state government within which to meet its demands on workers’ welfare issues or risk strike action.

According to the statement made available to journalists in Ado Ekiti on Saturday, the organised labour, which reached the decision at its meeting on July 16, said it “felt dazed and betrayed by the state government for not acceding to any of workers’ demand since the beginning of the lifespan of the present administration which is now close to two years. This is painful.”

While calling on the state government to implement all the listed items within 14 days effective from Monday, July 20, labour stated that if the government fails to meet its demands, “workers shall embark on three days warning strike commencing in the midnight of Monday 3rd August 2020 without fail”.

The items, according to the statement included “non-implementation of financial benefits arising from the letters of promotion given to all deserving workers from years 2015, 2016, 2017, 2018 and 2019 and advancement and government’s decision to petition the outstanding promotions for the years 2015, 2016 and 2017 and contemplating the implementation of 2018 and 2019 only.

“Non-payment of Leave Bonus for the years 2016, 2017, 2018, 2019 and 2020 to all deserving workers in the state; non-payment of special hazard allowance for health workers; and non-payment of deductions such as cooperative societies deductions, bank loan repayment, union check-off dues among other deductions in recent time by the present state government under the guise of the introduction of net salary payment”.

The workers also rejected “the speculated percentage salary payment to workers” and as well “failure to inject more funds into Car and Housing loans to enable the fund to reach out to a higher number of applicants that are yet to be attended to”.

The organized labour also resolved to support any popular decision taken by the pensioners on their pensions and gratuities and as well called on the state government to, “with immediate effect, allow final agreement to be signed for implementation” of the new minimum wage and its consequential adjustment. 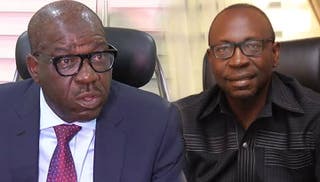 Content created and supplied by: Helenkome (via Opera News )