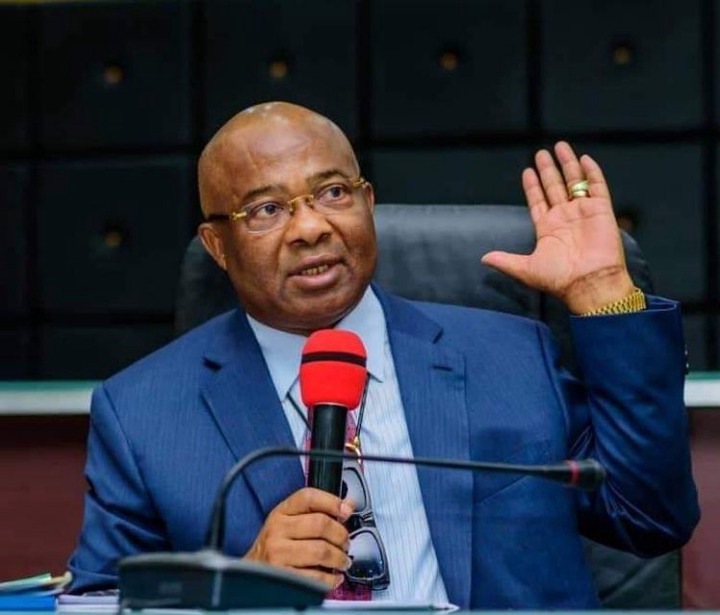 The legal tussle regarding the position of governor in Imo state is on the media again. This time, it is not PDP versus APC, but between Barrister Kingdom Okere, the candidate of Reform and Advancement Party (RAP) in the 2019 Imo State Governorship Election. Barrister Okere had approached a federal high court in Abuja, challenging the candidacy of governor Hope Uzodinma. The RAP candidate had requested that the court should give a judicial interpretation of the Supreme Court judgement between Uche Nwosu and Senator Hope Uzodinma which affirmed Uche Nwosu as the candidate of APC in the election. A federal high court in Abuja has fixed July 20 to hear the case, giving the respondents ample tile to respond. 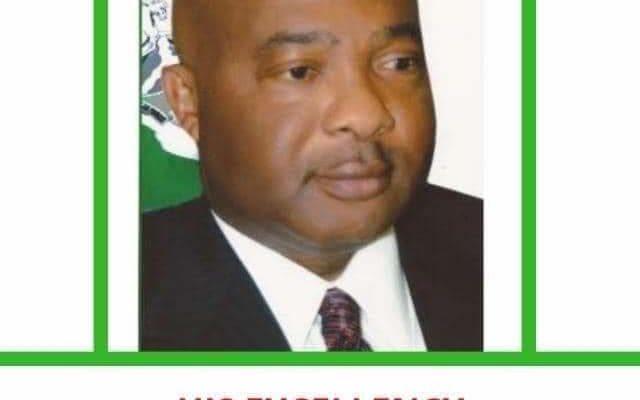 The drama over who will be the candidate of APC in the election started when the then governor of the state, Senator Rochas Okorocha declared his intention to go for senate, while anointing his son in-law and then Chief of Staff, Uche Nwosu to succeed him. This did not go down well with the then Senator Hope Uzodinma who happened to be from the same senatorial zone with Rochas and wished to go for governor since Rochas has indicated interest in the senatorial seat, but was objected by Rochas who favoured his son in-law. The decision to install his son in-law was vehemently objected by Imolites and some party chieftains in the APC which led to a form of crisis in the party's primary election. At the end of the day, a first primary election was cancelled after Uche Nwosu has already been declared winner. The second primary saw Hope Uzodinma being declared winner by his own faction of the APC which had the then National Chairman of the a party in the person of Adams Oshiomole.

Uche Nwosu, not being satisfied with the manner in which the second primary election was conducted, approached the court to reclaim his mandate and was declared the authentic candidate of APC by both the High Court, Appeal Court, and The Supreme Court. However, before the final judgement, Uche Nwosu had joined Action Alliance (AA) under which party he eventually contested in the election as a result of his non acceptance by the leadership of APC despite having won the first primary election. However, despite his victory at the court concerning who the authentic candidate of APC is, Uche Nwosu was disqualified for having double nomination as the candidate of both AA and APC.

So the case before the court concerning the candidacy of Governor Hope Uzodinma sought to understand if APC had sponsored Hope Uzodinma and Uche Nwosu since the same court had earlier ruled that Uche Nwosu is the candidate of APC. In a situation whereby APC did not sponsor two candidates, RAP wish to know if governor Hope Uzodinma had contested under no political party since Uche Nwosu is the candidate of APC. In a situation here this is the case, RAP equally want to know if the constitution has been amended to allow a candidate to sponsor himself without any political party. If this is not the case, RAP is praying the court to authorize INEC to withdraw the certificate of rerun issued to Governor Hope Uzo and issue a new one to Emeka Ihedioha of PDP who has the highest number of valid votes scored in the election.

This is the matter before the Abuja High Court which has been fixed for July 20. It is the day that the governor will know his fate as to whether the suit filed by RAP should be a source of concern or not. We look forward to that day as more and more dramas may unfold.