The party said he might be recalled if he failed to do so.

The Chairman of the APC chapter , Armaya’ u Doka, who spoke at a press conference, also called on on the National Assembly to suspend the member for the untoward comment.

Doka said, “ The honourable said ‘Buhari had to leave the scene the way the late ( late ex - president) Yar ’Adua did , ’ so that his vice , Yemi Osinbajo , would take over , and that such is the only way Nigeria could make progress at before 2023 .

“The audio of what the lawmaker said is out there for all to listen to . By the grace of God, the APC will win in the 2023 general elections and the party will continue to grow stronger in followership .

“We call on the APC at the state and national level to call him to order and the National Assembly ( to) suspend him for making such comments.

“If our call is not heeded to , we, as members of his constituency , have the right to take necessary action that is within the law."

Senate will decide on 774,000 jobs on Tuesday –Abaribe The Senate will take an official position on the decision by the Minister of State for Labour and Employment, Festus Keyamo ( SAN) , to flout its decision on the recruitment of 774 ,000 federal workers .

He said the senators were expecting the Senate President , Ahmad Lawan, to brief them on the outcome of Thursday ’s meeting of the presiding officers of the National Assembly with the President , Major General Muhammadu Buhari ( retd.), on the issue .

He said , “The Senate will take an official position on the issue next Tuesday after listening to the outcome of the meeting between the presiding officers and the President over the matter.

“ We asked our presiding officers to meet with President Buhari on the issue and we have not had plenary since they returned . The Senate President will brief us on Tuesday at plenary and we will make a decision on it. ”

The federal parliament had suspended the Public Works Programme penultimate week following a disagreement between its Committee on Labour and Keyamo.

The lawmakers accused Keyamo of hijacking the recruitment exercise from the National Directorate of Employment, which got N 52 bn approval to carry out the programme.

But Keyamo told journalists on Tuesday that Buhari had asked him to proceed with the recruitment process notwithstanding the position of the National Assembly on the issue. The House of Representatives has set up a committee to interface with families of healthcare workers who died in the frontline of the COVID- 19 pandemic for them to receive financial benefits.

The lower legislature also said it would intervene in all pending issues concerning the payment and welfare of health workers in the country.

The chairman , House of Committee on Health Services, Dr Tanko Sununu, stated these during a courtesy visit to the Medical and Health Workers ’ Union of Nigeria in Abuja.

At the event, the National President of MHWUN, Josiah Biobelemoye, urged the legislative and executive arms of government to prioritise the needs of healthcare workers and warned that the delayed payment of deferred and adjusted salaries was “a ticking time bomb.”

Sununu said the National Assembly was still reviewing the manner of compensation that would be made available to the affected families.

He said, “ We are not unmindful of our health workers in the frontline who paid the ultimate price. This is why we are working out a plan to compensate their families .

“A committee has been set up. We will call for a public hearing where the strategy and method to be used in disbursing the compensations will be agreed on. The families of the deceased will be located and we must ensure the money reaches them. Chairman of the NASC, Ahmed Amshi, made the announcement in a statement issued on Friday, titled, ‘The National Assembly Service Commission Approves the Appointment of Top Management Officers in the Service.'

“ The National Assembly Service Commission, at an emergency meeting held on Friday, July 17, 2020, has approved the appointments of some senior management staff for the service. All appointments are with immediate effect.” 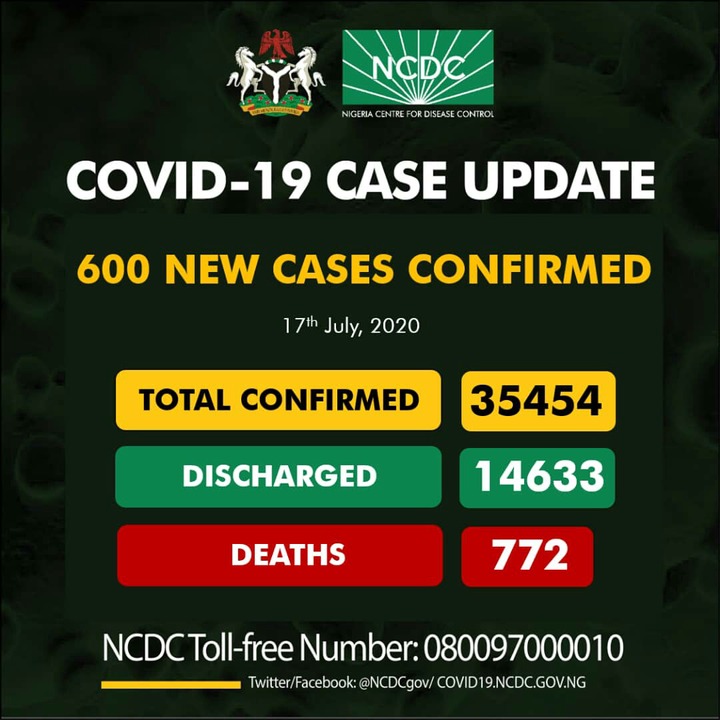 The Federal Government later said it would reopen schools to enable terminal classes in primary and secondary schools resume for examinations .

The youth group , however , said on Friday that the decision to postpone school reopening was not in the best interest of many Nigerians, pointing out that many of them had been wasting away at home for over three months due to the pandemic .

The National President of the youth association, Fayomi Okikiola , in a statement said , “Yes , we are in a hard time due to the COVID- 19 pandemic which has taken the whole world by storm. This has necessitated the shutting down of schools since March. But three months after , it is necessary to begin to see how we can reopen the schools for students to continue their education even if it will be in batches .”

“This pandemic , according to report , has come here to stay and that the only way out of this is when a vaccine is found . Does that mean the students would be kept at home till next year or when ?. The federal government has gotten it all wrong as far as this decision is concerned.

“ For instance , the schools should have been opened so that those in SS 3 could write their WAEC as well as those in JSS3 , then modalities for resumption of other classes would have been worked out. The government will only ensure that all the health guidelines relating to managing COVID- 19 are put in place and complied with”.