Today's Headlines: APC Receives PDP Defectors In Ogun, "Atiku Is Not A Nigerian By Birth" - Malami 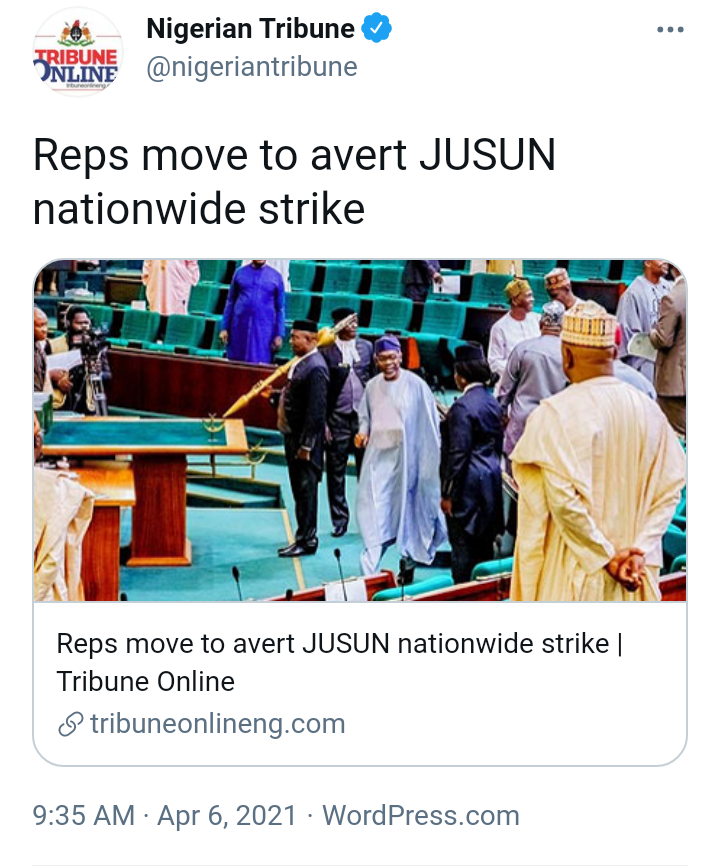 The House of Representatives has urged the Judiciary Staff Union of Nigeria (JUSUN) to shelve the proposed nationwide industrial action over the non-implementation of financial autonomy, just as it unveiled plans to interface with Federal Government.

Chairman, House Committee on Judiciary, Hon. Onofiok Luke gave the charge via a statement made available to Nigerian Tribune on Monday evening. 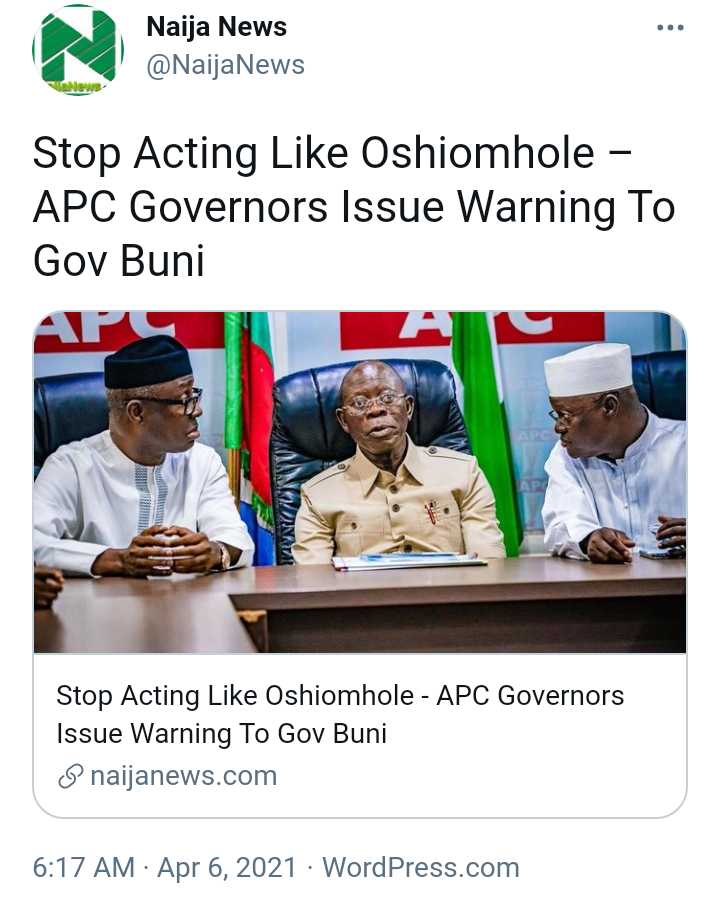 The DG of the Progressive Governors’ Forum, Salihu Lukman, has warned the Caretaker/Extra-Ordinary Convention Planning Convention Committee of the APC chaired by Governor of Yobe State, Mai Mala Buni, not to repeat Adams Oshiomhole mistakes.

Naija News reports that the DG of the PGF gave the warning in a statement issued on Monday titled ‘APC’s Litmus Tests.’

According to the DG, the Adams Oshiomhole-led leadership of the APC failed to call for meetings of the organs of the party, a situation Mai Mala Buni-led committee is trying to repeat. 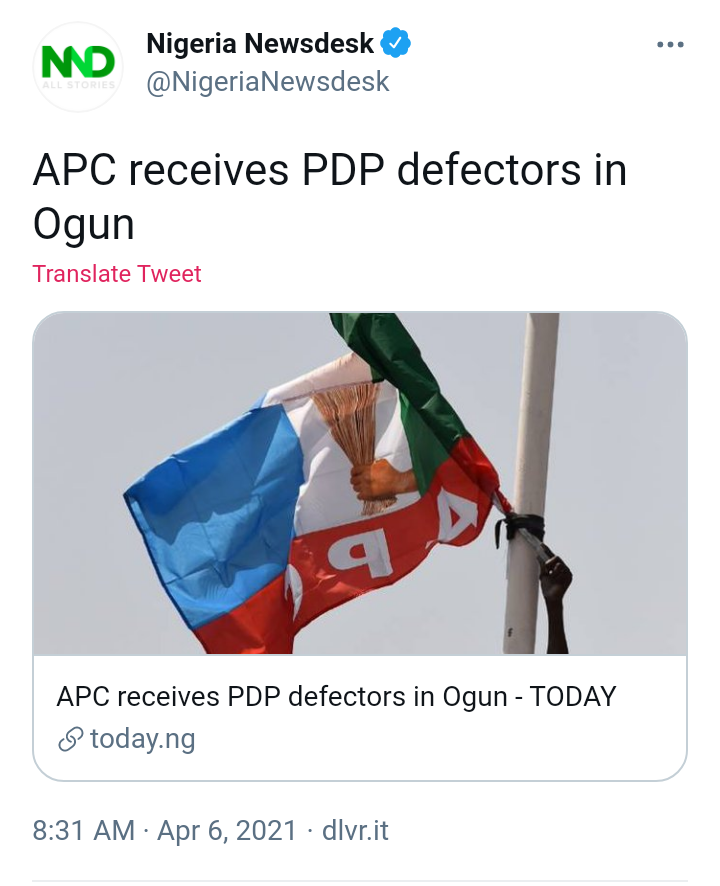 The ruling All Progressives Congress (APC) in Ogun State has received into its fold members of the opposition Peoples Democratic Party (PDP) from Ijebu Igbo.

The defecting members were received by a former deputy governor of the state, Segun Adesegun, and Senior Special Adviser to Governor Abiodun on Political Matters, Tunji Egbetokun.

They were received during the Constituency Forum of the ruling party in Ijebu Igbo.

"Atiku Is Not A Nigerian By Birth" - Malami 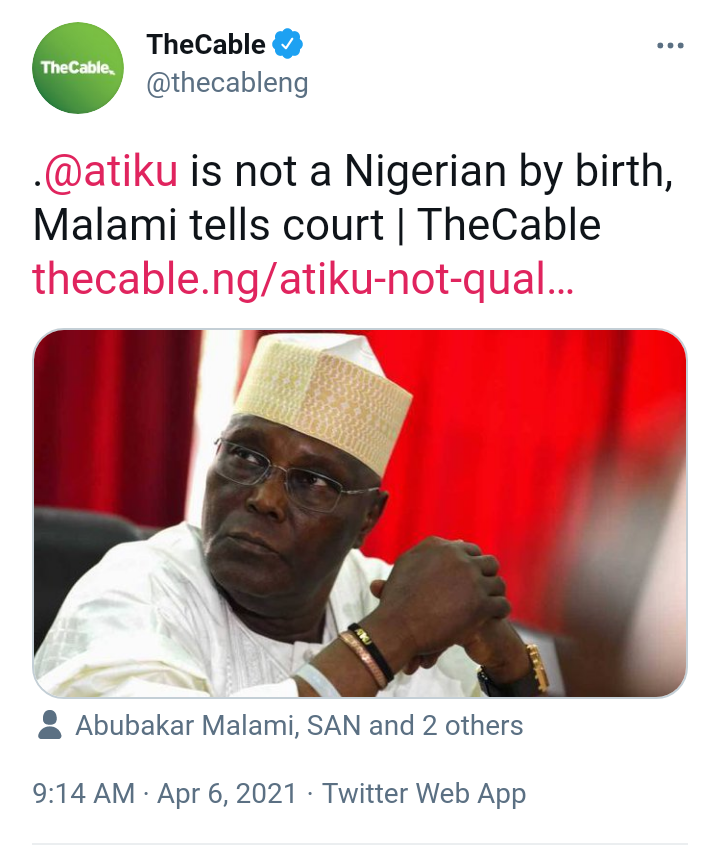 Abubakar Malami, attorney-general of the federation (AGF), has told a federal high court in Abuja that Atiku Abubakar, former vice-president, is not eligible to run for president in Nigeria.

Malami said this in an affidavit in support of a suit marked FHC/ABJ/CS/177/2019 and filed before the court by the Incorporated Trustees of Egalitarian Mission for Africa (EMA).

In 2019, the EMA instituted the suit challenging Atiku’s eligibility to contest for president. 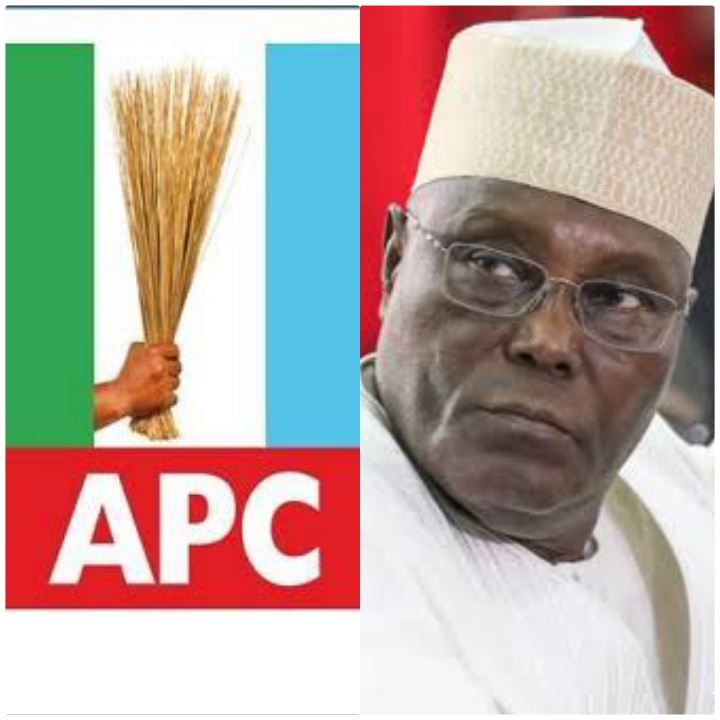 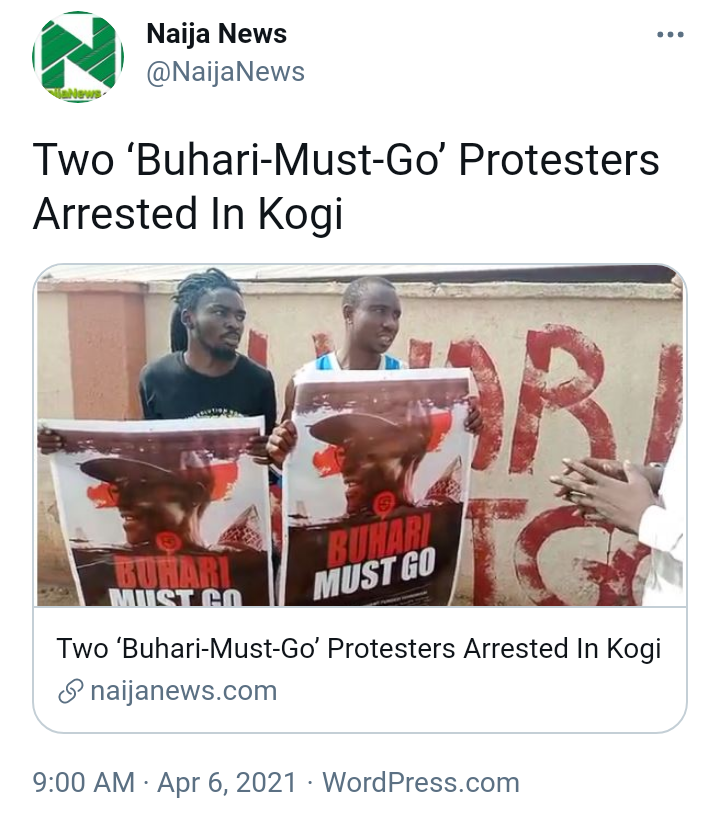 Confirming the arrest of the youths to newsmen in Lokoja, the state capital, the state Commissioner of Police, Ayuba Edeh, said the command will not fold its hand to allow mischief-makers to stage unlawful protest in the state.

Edeh revealed that personnel of the command while carrying their routine patrol around 2:30 am on Monday, arrested the two young men who were painting buildings and pasting posters with the inscription: ‘Buhari Must Go’.

Do you think no one has the right to protest against Buhari?