By Eunibest (self media writer) | 1 year ago 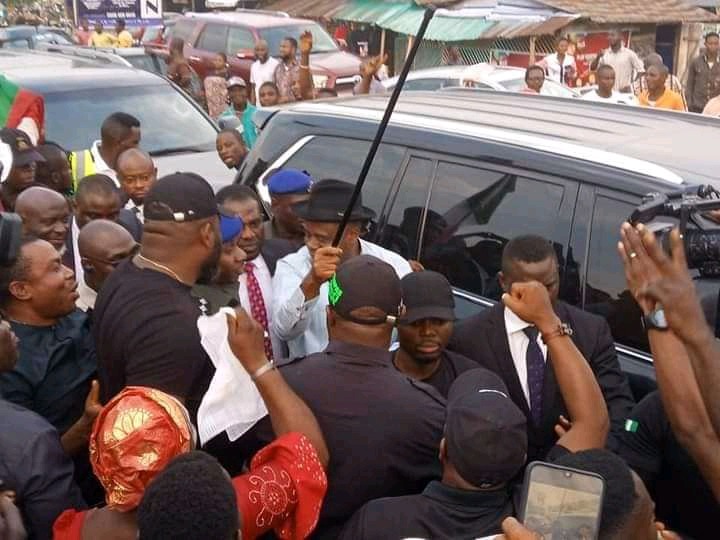 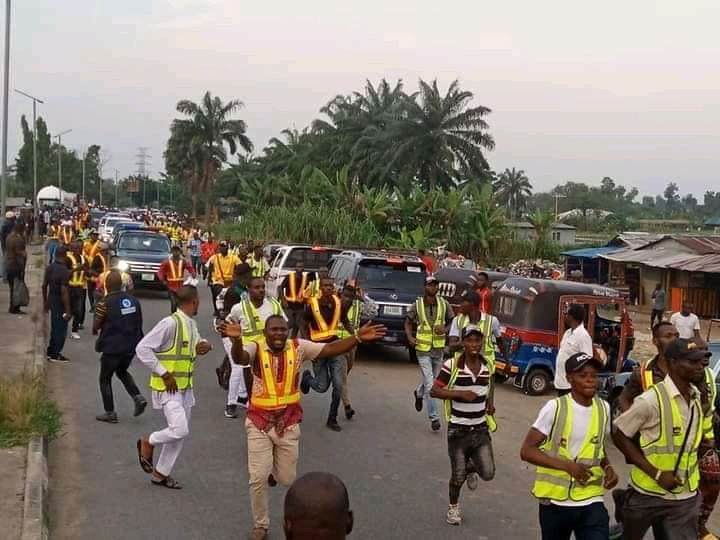 When a righteous man is in authority, the people rejoice, but when a wicked man beareth rule, the people mourn. This pictures is a prove that the man on seat of Bayelsa state government house is the people's choice.

Bayelsans troop out in their numbers to welcome the man they known as the miracle Governor, His Excellency, Senator Douye Diri home, the Executive Governor of Bayelsa state after he won all court litigation 31 cases to the Supreme Court of Nigeria.

This final victory came after several court cases which the governor has been to after he won the Bayelsa state governorship election last year, which result his running mate rejected but held to different courts for a clearer judgment prior to the election. But to tell you that whoever God have sanction for victory would remain victory no matter what.

As a matter of fact, the 31court cases melted on him, was dismissed thereby he won all and the final one that took place on Wednesday, he still came out victorious and that was the reason Bayelsans came out in mass to welcome him back home. 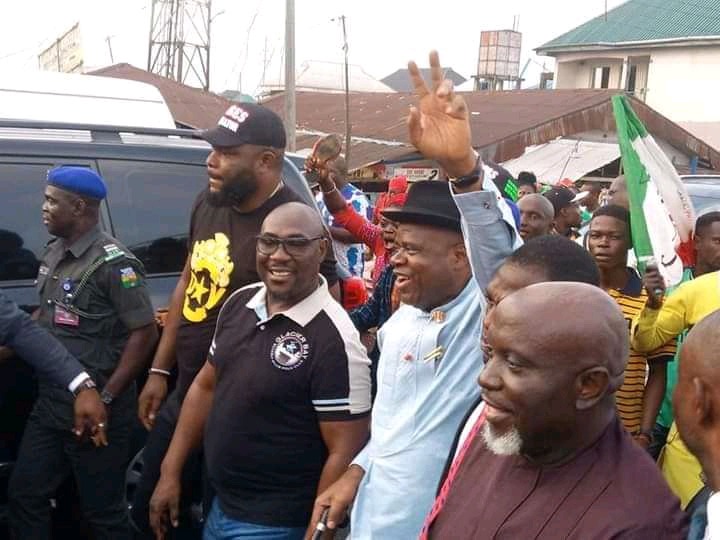 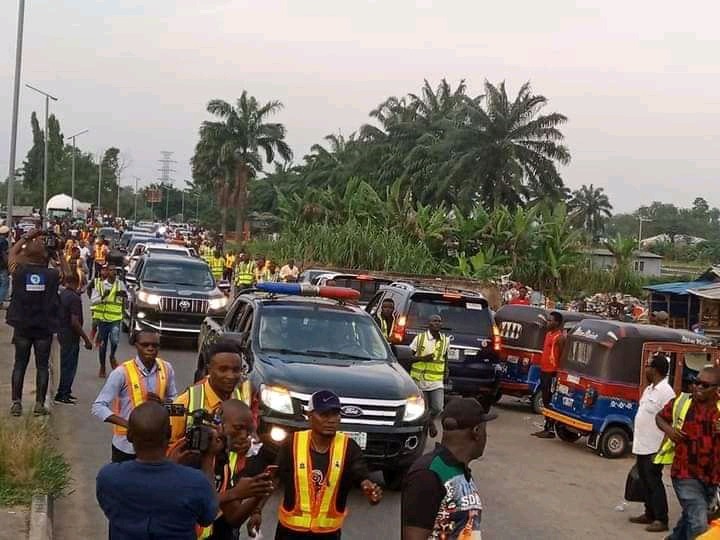 Bayelsans were happy as they congratulated the executive governor on his smooth victory at the Supreme Court. Victory they said has been reaffirmed by the Apex Court of the land.

The governor who could not contained his joy commended the Chief Justice of Nigeria and other justices of the Supreme Court for their professionalism and for displaying that the court was the last hope of the common man by standing on the side of the rule of law. 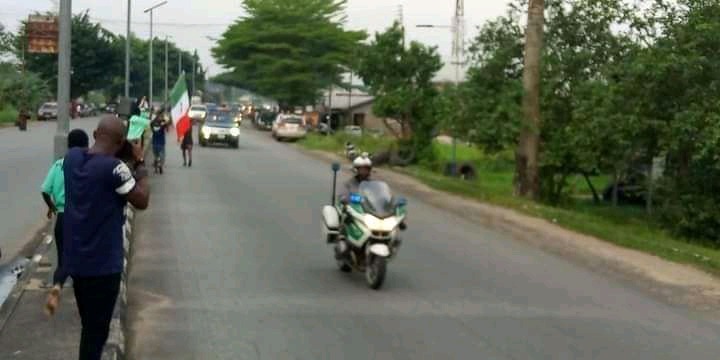 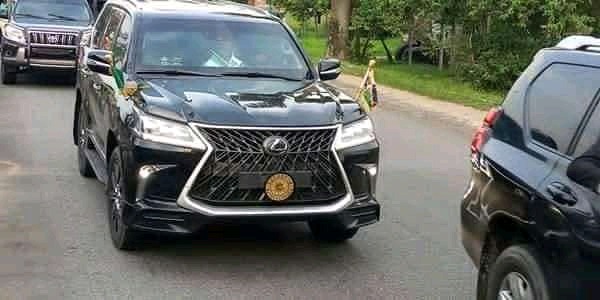 He also urged the Bayelsa people not to despair due to the challenges of the time. In his words, "The times are hard, we are in tough times in the face of Covid-19, which is still threatening and the dwindling resources of our country and our state". 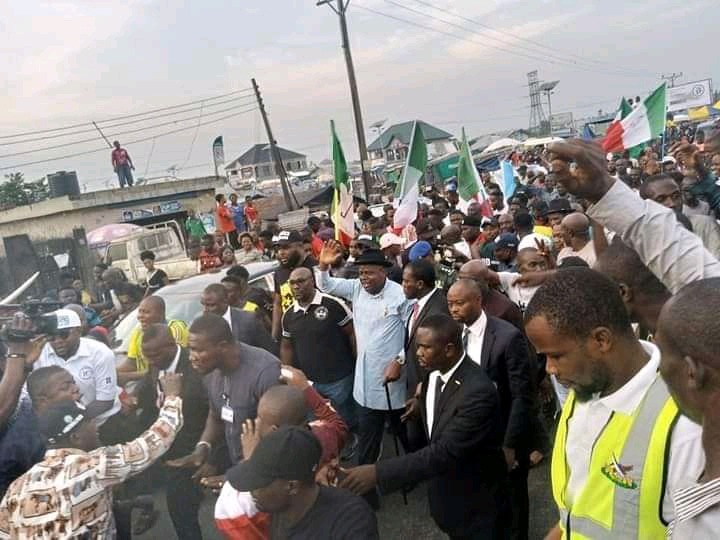 These pictures shows the moment he went to the house of God to appreciate Him for giving him victory in all.

Indeed it can only be God. 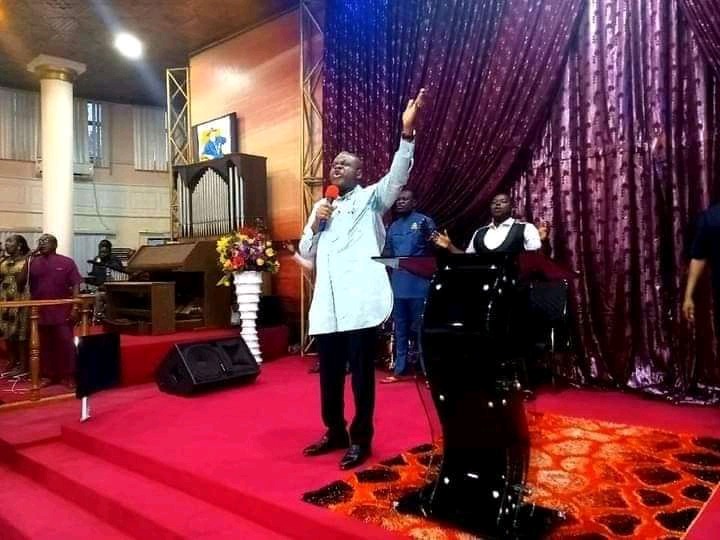 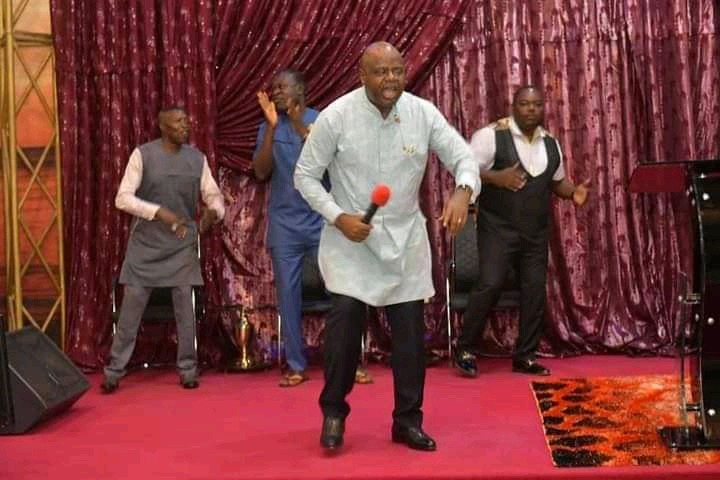 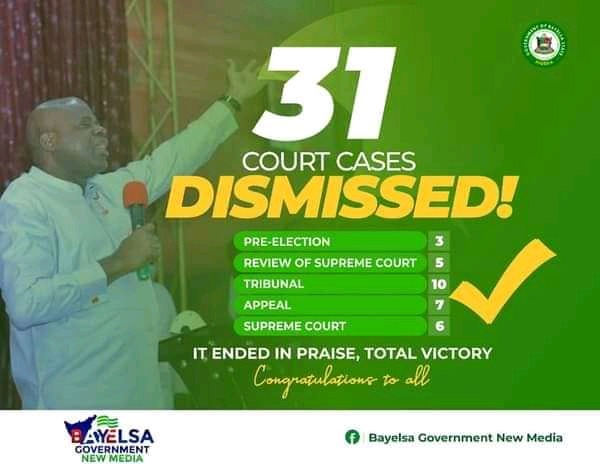