By Dkmedia (self media writer) | 10 months ago 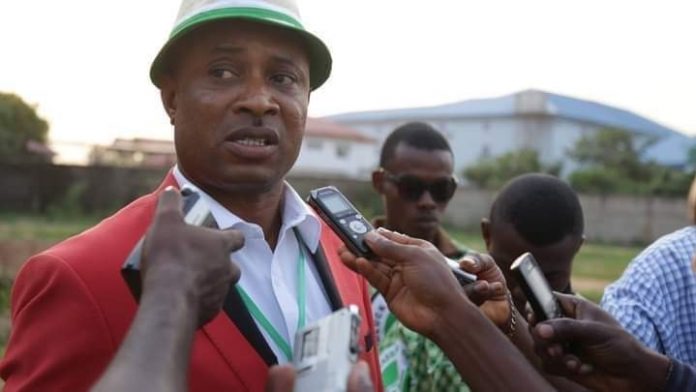 Reacting on the Catholic Church owned radio station, Ozisa FM, the President of the National Youths Council of Nigeria, Imo State branch, Mr. Isidore Chukwuemeka, stated that former governor of Abia State, Senator Orji Uzor Kalu, former governors of Imo State, from Dr. Ikedi Ohakim to Rochas Okorocha, and recently Rt Hon Emeka Ihedioha, had been vindicated, after they all fell out with the same Uche Ogbuagu, following his recent falling out with his new masters in the APC.

“Can one man always be right all the time?” a caller into the radio program, which was listened to all over the state stated. “He was brought close to Senator Orji Uzor Kalu as well as Dr Ikedi Ohakim and he had a falling out with them. He jumped ship to Okorocha and that marriage didn’t last up to a year. Ihedioha delivered him in the party, and made him a State Assembly member, yet he had a falling out with him, and joined Senator Hope Uzodinma against the man who made him politically relevant in this country.

“The unfortunate part, is that when he leaves one person, he starts castigating them. He castigated Ohakim probably to curry favours from Okorocha. He castigated Okorocha, even releaser several audio tapes against Okorocha, probably to curry favours with PDP national, and was made a TAN Ambassador, which paid him very well. He turned around to castigate the same Ihedioha so that he could curry favours from Uzodinma. He was given the Majority Leader position for that, but it seems that marriage too had crumbled, as they have sacked him as well.

“If Uche had kept quiet at all the times he left those who made him, without attacking them, people would have had some sympathy for him, and it wouldn’t have appeared as a character which cannot be trusted, that he attacks people who help him, whenever he feels he isn’t getting enough.

“How can Hope Uzodinma trust somebody with such character? Those who believed that Uche Ogbuagu’s former masters were to blame for his constant leaving them, may have vindicated those men of all sins, after what Uche did to Ihedioha. No wonder the people seem happy with what happened to him.”

Ogbuagu has promised to tell the world the real reason behind his sack, and a lot of people now expect him to turn against his new master and party, as he had done in the past.

However, due to his track record, there is doubts that the people of Imo State will be interested in whatever he has to say.

Content created and supplied by: Dkmedia (via Opera News )