Opinion: Reasons Why Osun APC Should Not Rely On Omisore's Membership. 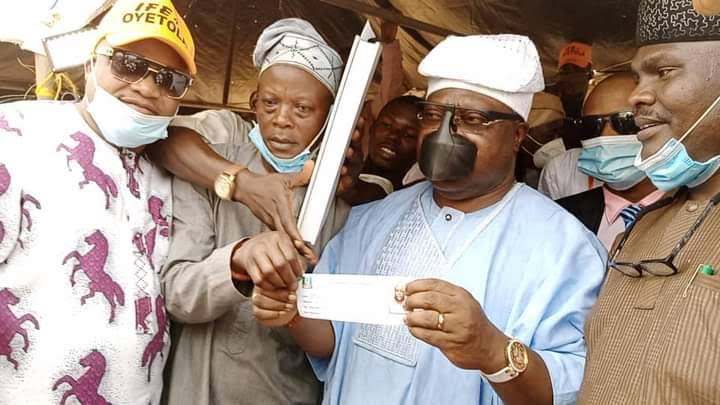 The all progressive congress (APC) Osun state chapter has fully welcomed the Membership of senator iyiola omisore who was the governorship candidate of the social democratic party ( SDP), in the last gubernatorial election in the state into the ruling party, all progressive congress in the state. His membership was made public following his loss to Alhaji Gboyega Oyetola of APC in 2018.

It recalled that Omisore's Membership became inevitable because of the influence that motivated his action at the time.

A rumour had it in 2018 that the said omisore bowed to pressure from the ruling party that year. Both the ruling party party APC and the people's democratic party PDP needed his help as the affected areas to make the 2019 gubernatorial election in the state conclusive fell within his purfew.

The two parties requested his support when he finally decided to support all progressive congress and delivered the state to the party after eight years of ruling in the state which led to emergence of Alhaji Gboyega Oyetola.

However, the All progressive congress (APC) and its leaders should not percieve Omisore's Membership to the party as a blessing or a cheap commodity thinking that he may be used for electoral purpose and dumped after but rather as a green snake under green grass whose dangerousness must be given special attention.

Omisore was a one time senator representing ife/ ijesa senatorial district at the national assembly unde people's democratic party (PDP) for term. He was also the governorship candidate of the same party in Osun State before he decamped to social democratic party (SDP) in 2018.

Though there's no permanent enemy in politics, as people do say, however, the level at which Omisore was being part of his former party and his previous contributions to the party may render his Membership in his current party tentative. The cloud seems uncleared about his Future presence and activeness in the party.

Similarly, if Omisore should leave his former party, especially SDP, which he organized himself in Osun State, it is arguable that he still can leave APC for another party. Moreso, if truly his membership in all progressive congress has some heavy influence, he will leave when the pressure on him is relieved

Content created and supplied by: Babatee004 (via Opera News )

Tailors, See Style Inspirations You Can Sew With Satin Fabrics

Women, Let Your Husbands Admire You With These Elegant And Fashionable Short Gown Styles.