Al-Sisi: Egypt's intervention will quickly resolve the situation in Libya 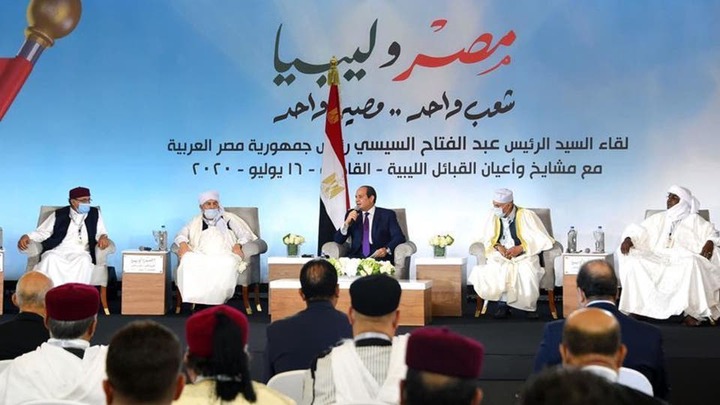 Egyptian President Abdel Fattah El-Sisi confirmed Thursday that if Egypt interfered in Libya, it would change the military scene quickly and decisively, pointing out that Egypt would intervene directly in Libya to prevent it from becoming a focus of terrorism, stressing that it needs the approval of the Egyptian parliament to intervene in Libya. .

He said in a speech to him during the conference of sheikhs and notables of Libya, on Thursday, that the Egyptian army is one of the strongest armies in the region and Africa, but it is rational, and Cairo always supports the political solution in Libya, noting that the parties to the conflict do not have the will to make political decision because of the interference of external forces that employ some parties to their interests Pointing out that the continued transfer of mercenaries from Syria to Libya threatens the security of the whole region. 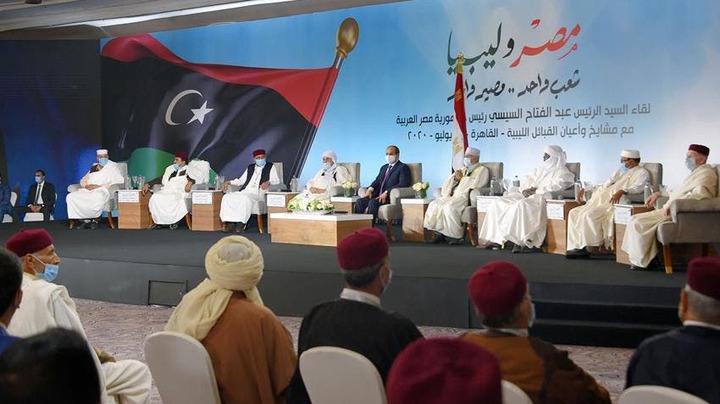 The Egyptian President said: "We will not stand idly by threatening our national security. Our red lines in Libya are a call for peace, but we reject Libya's transformation into a safe haven for outlaws." He stressed Egypt's rejection of external interference in Libya, stressing that only the Libyans decide the fate of their country, and that he gives all support to the territorial integrity of Libya.

He added: "We will not enter Libya except at the request of its people, and we will leave it on the order of him."

Al-Sisi said that the primary goal of the Egyptian efforts at all levels towards Libya is to activate the free will of the Libyan people for a better future for their country and for future generations of their children.

In a related context, Egyptian television confirmed that "the sheikhs and notables of the Libyan tribes express their full mandate to President Sisi and the armed forces to intervene to protect the Libyan sovereignty."

A delegation of elders and notables from Libya had arrived in the Egyptian capital, Cairo, to hold meetings with Egyptian officials and to announce the Libyan people's support for Egyptian intervention in Libya and repel the Turkish aggression.

Prior to the meeting, Alia Al-Ubaidi, Egyptian-Libyan Relations Officer in the Council for "Arabia.net", said that the delegation will announce support for Egyptian interference in confronting Turkish aggression and violations of the Al-Wefaq militias, activating the joint Arab defense agreement, and supporting the Libyan army, and will also discuss the implementation of the idea of ​​training and arming tribal youth. Libyan in Egypt at the invitation of President Abdel Fattah El-Sisi.

She stated that the delegation will thank Egypt, people, government and political leadership for what it has done towards Libya, and will demand Arab support for Egypt in preserving Libyan and Arab national security.

She emphasized that the delegation's visit will take two days, during which he will meet Egyptian officials.

On Tuesday, the Libyan Parliament announced that it welcomed the concerted efforts between Libya and Egypt to defeat the Turkish occupier and maintain common national security between the two countries.

He said in a statement that he welcomes the concerted efforts between Egypt and Libya to maintain security and stability in our country and the region, and also welcomes the intervention of the Egyptian armed forces to protect the Libyan and Egyptian national security if they see an imminent imminent threat to the security of the two countries.