"The policemen tried to break down the door of my residence before Wike arrived" - Joy Nunieh. 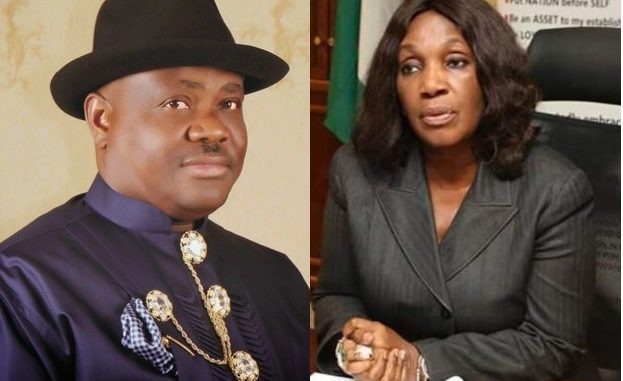 Recall that we previously reported that he received intervention from Rivers State Governor Nyesom Wike before Joy Nunieh, former managing director of the Niger Delta Development Commission (DDDC), was released from her residence after police imposed a siege and tried to arrest him.

Speaking to reporters at the government house after she was rescued, she provided surprising detail on what happened at her residence before Wike arrived.

According to her, the police were closed to break down her door before the arrival of the governor, who rescued her and took her to the government house.

"Senator Magnus Abe called me after a time that KP in Rivers really did not know and that KP would contact me. KP did not contact me and said he was not aware of what was happening," he said. .

"CP asked me to send them my address and what I did and I saw the cars come in. So, I asked if it was CP, and they said no. Luckily, I was smart. I stayed at the door, and they wanted to get me in, so that I knocked on the door so they couldn't get in.

"I had to see the order. We are not in the Banana Republic. Therefore, while they were still being tried, my governor came and sent them why they were going to arrest a woman as an armed thief to leave the complex.

"The governor then said I should get in the car with him. So now I am with my governor at the Government House, Port Harcourt.