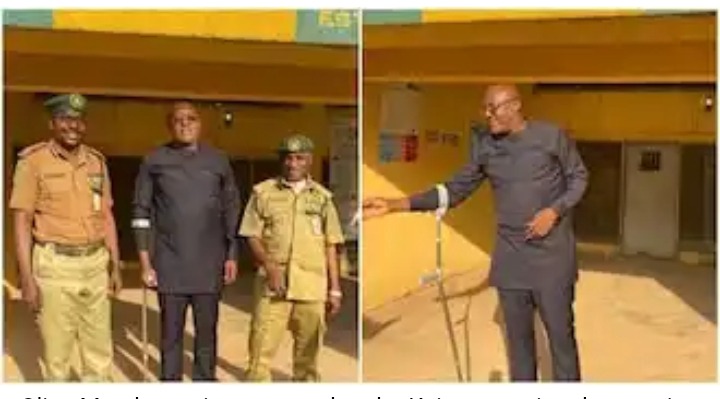 Here is the news I brought to you all as a former PDP spokesman, made his first appearance after his release from prison.

Olisa Metuh has finally been released from prison in adherence to a court order.

He was sentenced to 7 years in prison by the federal High court in Abuja on 25th of February, 2020 after he was found guilty on charges of money laundering.

According to Report, it was said that Metuh was incarcerated in Abuja at the Kuje Correctional centre. However, on Wednesday, 16th of December, the court of appeal set him Free. Saying that Metuh's convictions were tainted with bias and must not be allowed to be. Today, Fayose shared a picture on his Twitter which showed the moment Metuh regained his freedom. According to Legit.ng news, it was stated that Metuh marked his newfound freedom by taking photos at the entrance of the Kuje Correctional centre. 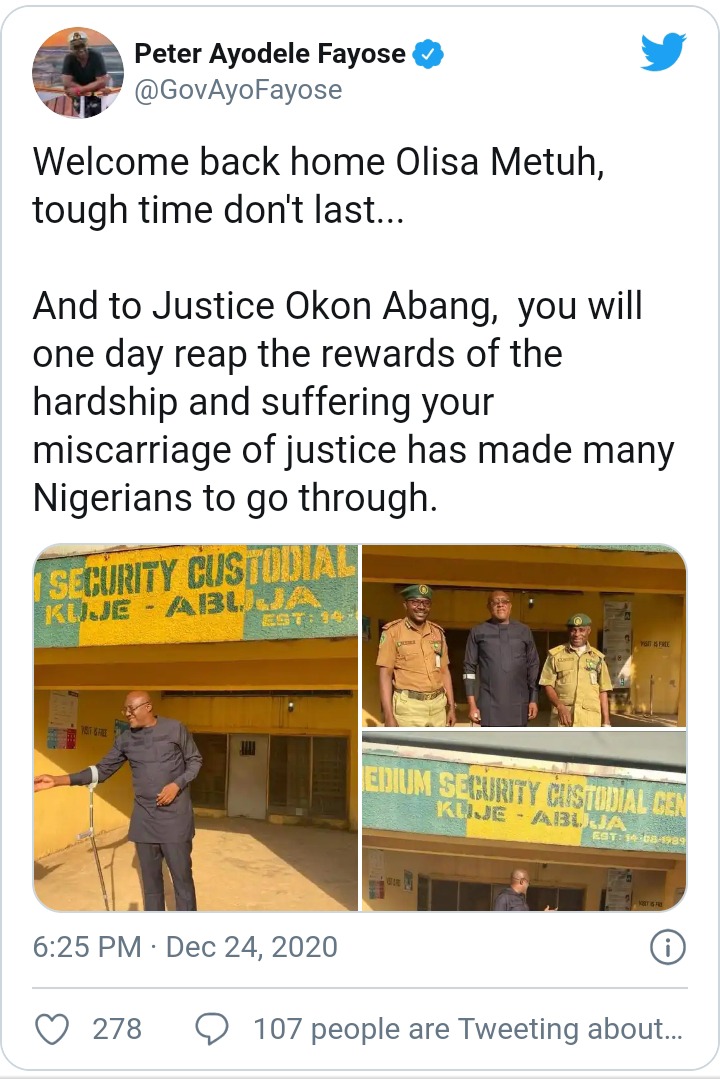 Content created and supplied by: Polo24 (via Opera News )