By CoachAnny (self meida writer) | 1 months 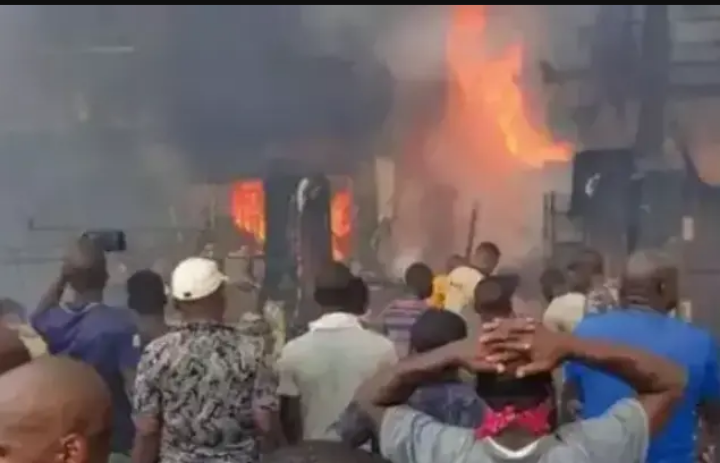 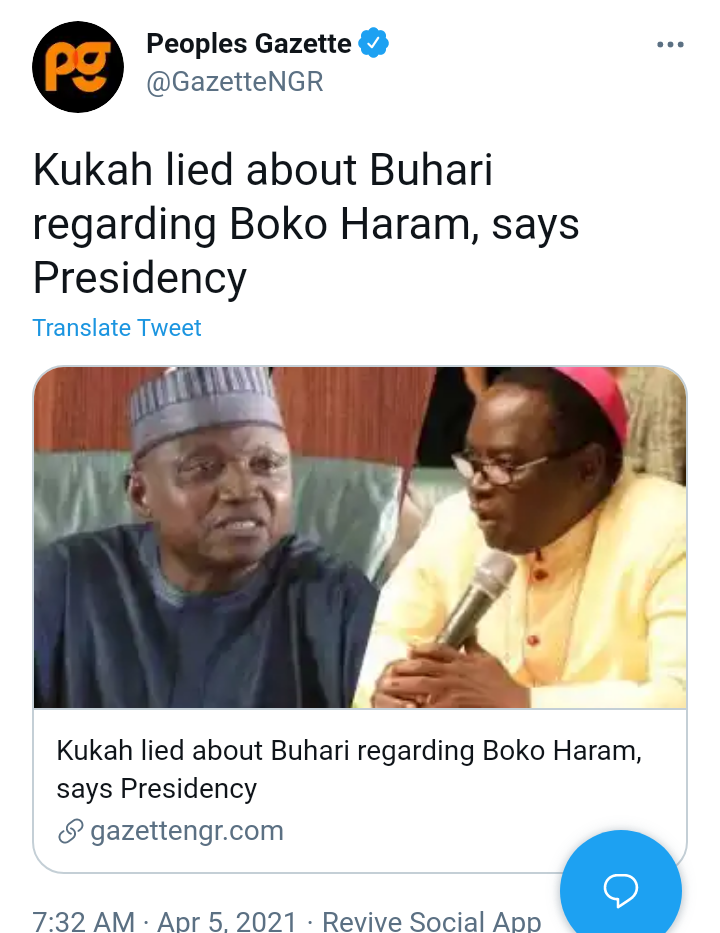 “But, in saying that the Boko Haram terrorism is worse than it was in 2015, he did not speak like a man of God.

According to Mr Shehu, it is wrong for Mr Kukah to have stated that “the Boko Haram terrorism is worse than it was in 2015.”

He urged well-meaning citizens to continue to support the ongoing efforts by Mr Buhari’s administration to secure the country and move it forward. 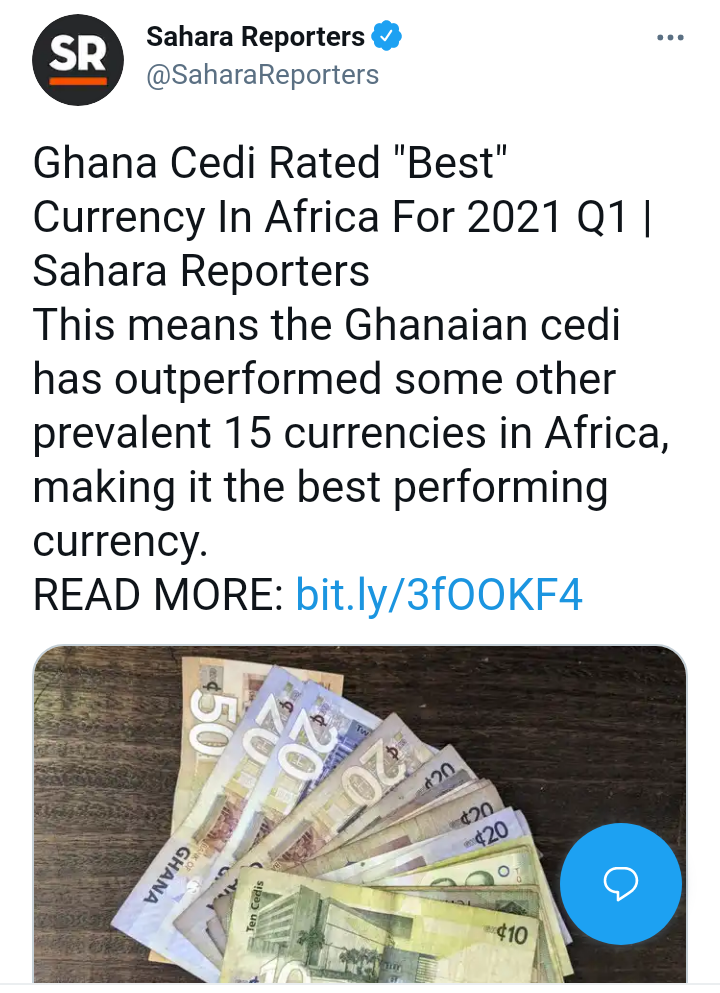 Ghana's local currency has ended the first quarter of 2021 on a high note with a year-to-date appreciation of 0.6 per cent to the US dollar.

This means the Ghanaian cedi has outperformed some other prevalent 15 currencies in Africa, making it the best performing currency. These include the Egyptian pound, Nigerian naira and the South African rand, Ghanaweb reports.

According to a Joy Business report monitored by GhanaWeb, the cedi's performance is almost similar to that of 2020.

Additionally, the cedi has profited from growth-related efforts such as diversified exports of cocoa, gold among others. 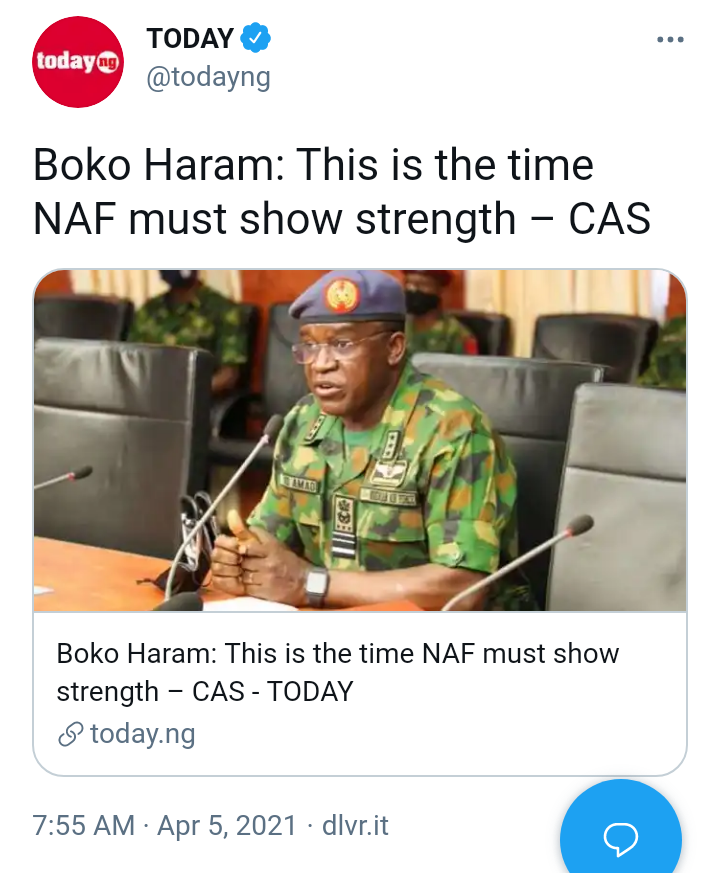 The Chief of the Air Staff (CAS), Air Marshal Oladayo Amao, has urged NAF pilots, technicians and ground troops to remain resolute in the fight against insurgency in the North-East and other parts of the country.

Amao made the call while having an Easter lunch with troops of the Air Component of Operation Lafiya Dole in Maiduguri.

He urged them to sustain the fight against insurgents.

According to him, from critical analysis of all available intelligence, it was obvious that the air accident was caused by other factors soon to be unravelled.

The CAS lauded the President and Commander-in-Chief for his sustained support to NAF and the military in general. 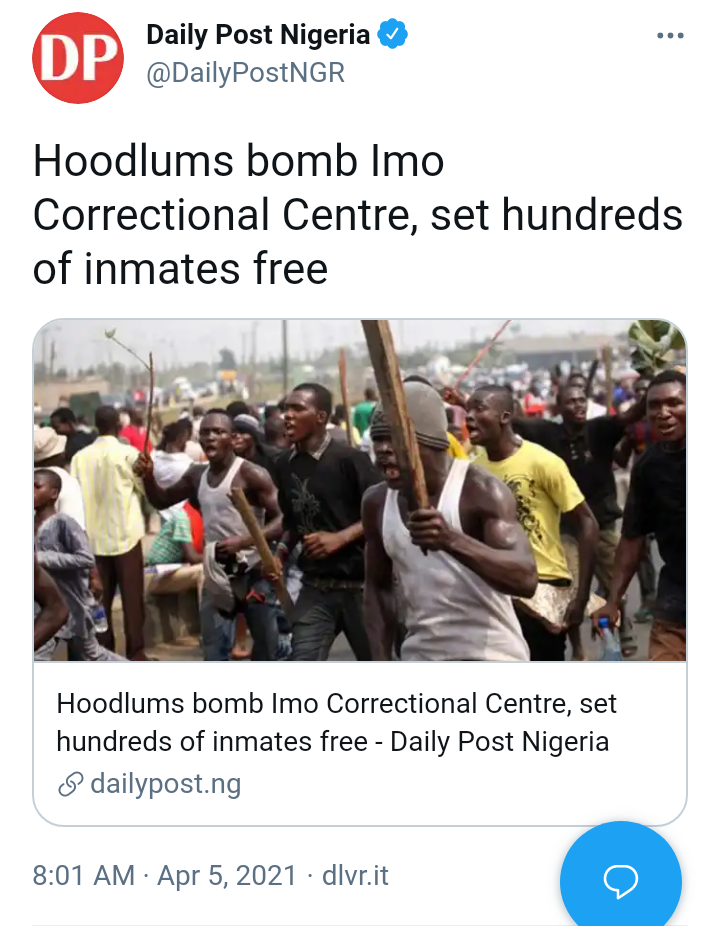 A correctional facility and police investigations department in Owerri in Imo State Capital were reportedly set on fire by unidentified attackers in an overnight operation on Monday, April 5.

Naija News gathered that reports on social media by witnesses said the attackers struck the prison and police department shortly after midnight, freeing a yet-unconfirmed number of inmates and suspects.

Heavy gunfire also rang through the area which is close to the Imo State Government House.

It was gathered that senior government officials have been reportedly asked to shelter-in-place.

Amnesty International said over the weekend that Owerri Correctional Centre had 2,156 inmates as against its installed capacity of 548 people.

When contacted by PeoplesGazette, the Imo police spokesman Godson Orlando said he was unaware of the violence, hours after reports had spread across social media with residents across different sections of Owerri reporting hearing heavy gunshots and explosions. 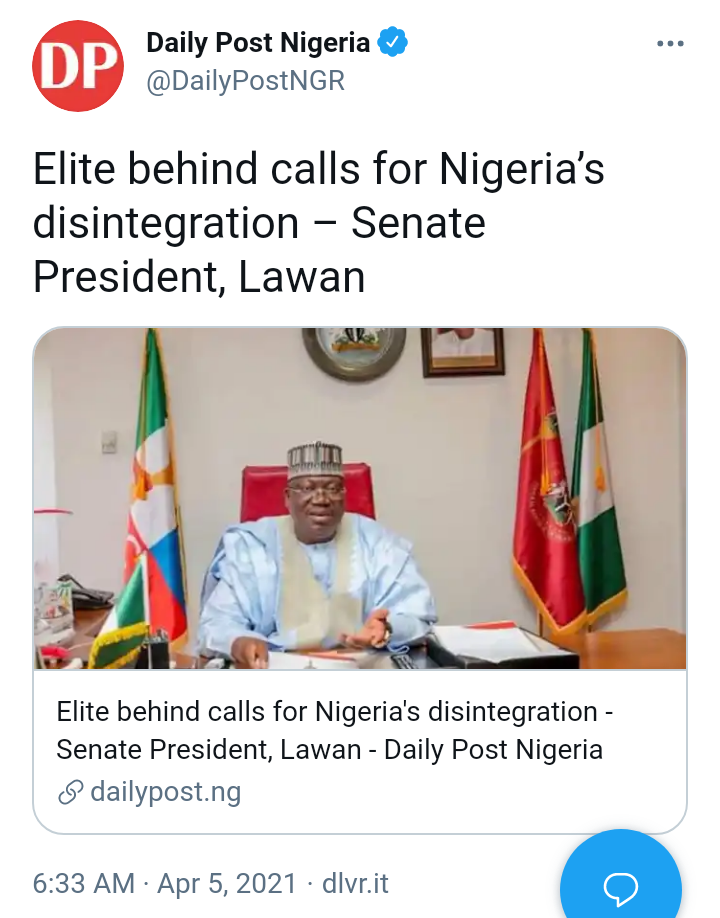 Senator Ahmad Ibrahim Lawan, President of the Senate has reaffirmed that Nigeria’s unity remains non-negotiable despite numerous calls by some groups and individuals for the country to disintegrate.

DAILY POST reports that during an interview with newsmen in his ancestral home at the official inauguration of NTA Community Station, Gashu’a, Yobe state, the Chief lawmaker assured that Nigeria would continue to be one.

He expresses displeasure on how some elites in the country were fueling agitations for the disunity of Nigeria.

Lawan explained that real Nigerians who form the majority of the population always believe in the unity of the country.

What do you have to say about what the Senate PRESIDENT said?