History: How General Murtala Muhammed Was Assassinated On Friday, February 13

By naijatechnews (self media writer) | 3 years ago 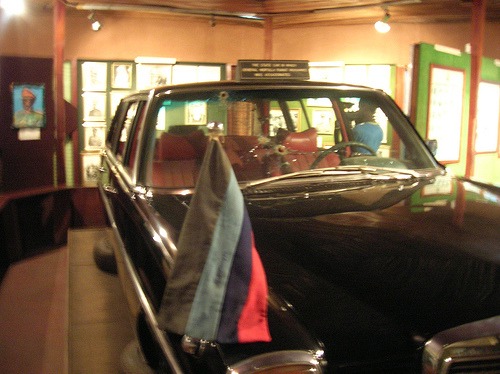 The photo above shows the bullet riddled Mercedez Benz car in which General Murtala Mohammed was murdered on Friday February 13, 1976.

Just a brief reminder about today’s iconic date in Nigerian history. 35 years ago, on February 13, 1976, Nigeria’s then head of state General Murtala Muhammed was assassinated on his way to work during an abortive coup led by Lt-Colonel B.S. Dimka.

Full details of Murtala’s life and the events that led to his death are in my book Oil, Politics and Violence: Nigeria’s Military Coup Culture.

Murtala’s car was ambushed by a group of soldiers in Lagos and he was shot to death. Below is a photo of the bullet riddled car in which he was killed. Note the bullet holes in the windscreen. 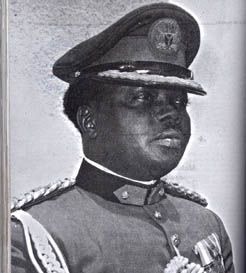 On the fateful day that life was snuffed out of the head of head state and his ADC, Lt Akintunde Akinterinwa, they had left Murtala’s personal house in Ikoyi for Dodan barracks, the seat of government, when the coup plotters attacked them. According to the lone survivor and orderly to the head of state, Staff Sergeant Michael Otuwu, who recalled the event of that day in an interview with The Authority Daily, the head of state was seated beside his ADC, Lt Akinterinwa, and he (Otuwu) was directly seated in the front passenger's seat, while Sergeant Adamu Michika was behind the wheels.

In the interview, the orderly disclosed that their vehicle stopped before a row of cars at a junction, adding that there was a man in traditional attire (who would later be identified as Dimka) who approached the vehicle, removed his robe and pulled out an AK 47 rifle, shooting the driver in the head. The vehicle had automatically been disabled after the driver was killed, then other soldiers dressed the same way as Dimka, ran toward the car sprayed bullets on it. The orderly said: "The Head of State, his ADC and I all ducked while the shooting lasted.” He said he heard the gunmen running towards the Radio House, adding that a few minutes later he noticed that the injured ADC opened his door, apparently to come to the aid of the equally injured Commander-in-Chief. It was the opened door, the orderly said, that alerted the assailants that the people in the vehicle were not dead. So they returned and opened fire on the car to finish the job. The orderly said that Generals TY Danjuma and Olusegun Obasanjo were lucky because they were also targets but escaped because they did not leave for their offices as early as Murtala, adding that they heard the radio announcement which may have altered their movement plans. Otuwu added: "I was his orderly throughout to his last day during the Dimka coup. I was inside the car with him when he was killed. On the morning of that February 13, we were going to the office. Sergeant Adamu Michika was the driver; Sergeant Akintunde Akinterinwa, his ADC, sat behind the driver. As an orderly, I was in front with the driver. "While the head of state sat behind me - I was the one who opens the door for him. That fateful day I came up in the morning to carry him to the office in Dodan barracks. We got to the former secretariat, now at Ikoyi, which was under construction. “Before the place they call Alagbon junction, near the labour office. The official car was a Mercedes Benz 600. It is still at the national museum. There were about four or five vehicles in front of us. You know at that junction there was traffic. We didn't go with sirens. During his time we didn't go with escorts with the accompanying out-riders, road-closed signs and all that. “So when we got to the Alagbon junction, the traffic warden stopped the vehicle and we were in the queue. We were the fifth or sixth vehicle behind the forward vehicles that were stopped. That secretariat was under construction. “They put zincs around the compound behind that secretariat. Then some soldiers came in Agbada carrying AK-47 rifles. They wore uniforms but covered them with Agbada. They had their Kalashnikovs with Agbada cover-up in form of camouflage. We never knew they were even waiting for us. Then one soldier from Golf road shot and got our driver, Sergeant Michika. Our motor was neutralized. "Between me and the driver was an arm-rest. On that arm-rest was Oga's brief case. In this brief case he puts civil dress he could use as needed. When he wants to go to Mosque, he does not like going back to Ikoyi to change. "Then some other soldiers converged on us. I can't recall their number. They began to spray us from the back. All of us took cover. I fell on top of the driver; the blood of the driver covered my head. They thought the bullet got my head.

"After the first shooting and without return of fire they must have assumed that we were all dead. The shooting was actually in two phases. They ran to the NBC to announce the assassination. They shared themselves into three. "There was a group waiting for Obasanjo when he was about to go to the office. Also another group was waiting for TY Danjuma at Bourdillon - our own was at Ikoyi Road. It happened we were the first target that moved early from the house to the office. "Before Obasanjo and TY Danjuma moved to their offices they have already heard the radio announcement. By the time of the first shooting, we being the target and their running to NBC to go and announce that they have already finished their assignment, the ADC who was still alive, thinking they were gone, opened the door of the Benz. "In the first spraying of the car, except the driver who was killed, the three of us were injured but not dead. On observing the car door opening, one of the attackers, still within range, a major, called to the others: ‘he never die, he never die’. He was calling his group to return. "This time around when they came back they finished their entire magazines. That was what happened. They carried everybody to the mortuary at Igbosere hospital, not far from Kam Salem police headquarters. Because of the extreme cold of the mortuary, my left hand started shaking and one of the attendants saw it and called the nurses or doctors and said somebody was still alive. "From there they checked and confirmed that I was still breathing. So they had to look for a vehicle to carry me to Dodan barracks. From Dodan barracks they looked for an ambulance and carried me to a hospital, Awolowo road hospital, a military hospital."

By June 1998, Sani Abacha had ruled Nigeria for almost five years. Isolated by the West, Abacha promised elections and a transition to civilian rule by October 1998, but with just months to polls, all the political parties nominated General Abacha as their candidate for president.

Content created and supplied by: naijatechnews (via Opera News )