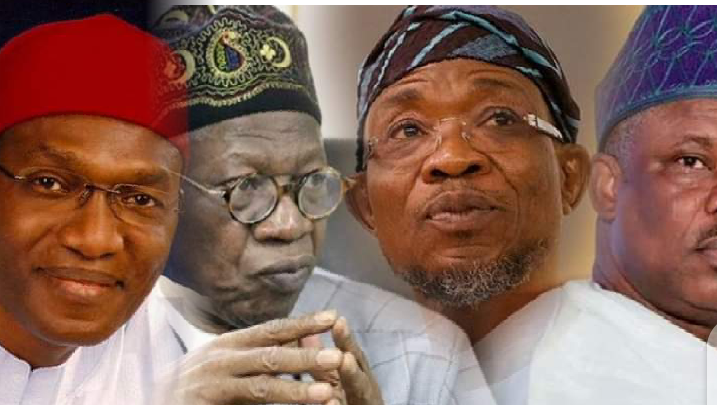 We’ll not rely on rigging, federal might to win – Uba

The Candidate of the All Progressives Congress, in the upcoming Anambra State governorship poll, Senator Andy Uba, has said his campaign will not rely on rigging or federal might in order to win.

He enjoined party supporters in the state to ensure victory for the party in their various wards in order to qualify for state and federal appointments. 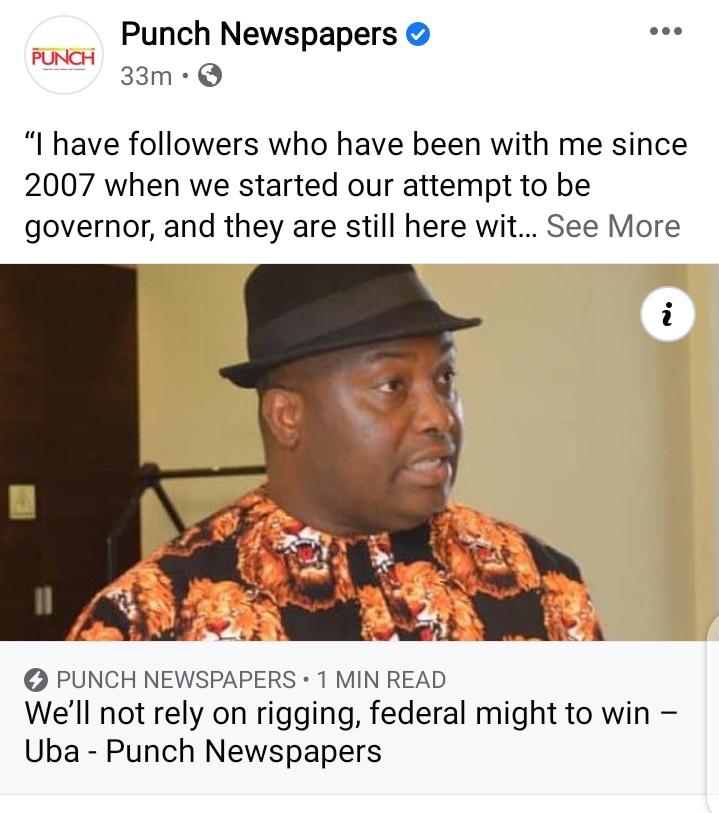 Uba, who is contesting the November 6, election said this while addressing APC members in Awka, the Anambra State capital on Sunday.

He said, “Our party does not intend to engage in rigging or intimidation, through the federal might, but would move to all parts of the state to convince voters on the need to choose APC above other parties.

APC parallel congresses: Amosun, Aregbesola, Lai may lose out, party to back governors

There were strong indications on Sunday that in states where parallel congresses were held, the All Progressives Congress would recognise executive councils supported by incumbent governors in the APC states.

A member of the party’s national caucus,  who confided in one of our correspondents, also said in non-APC states, the party would recognise congresses endorsed by the highest political office holders in such states. 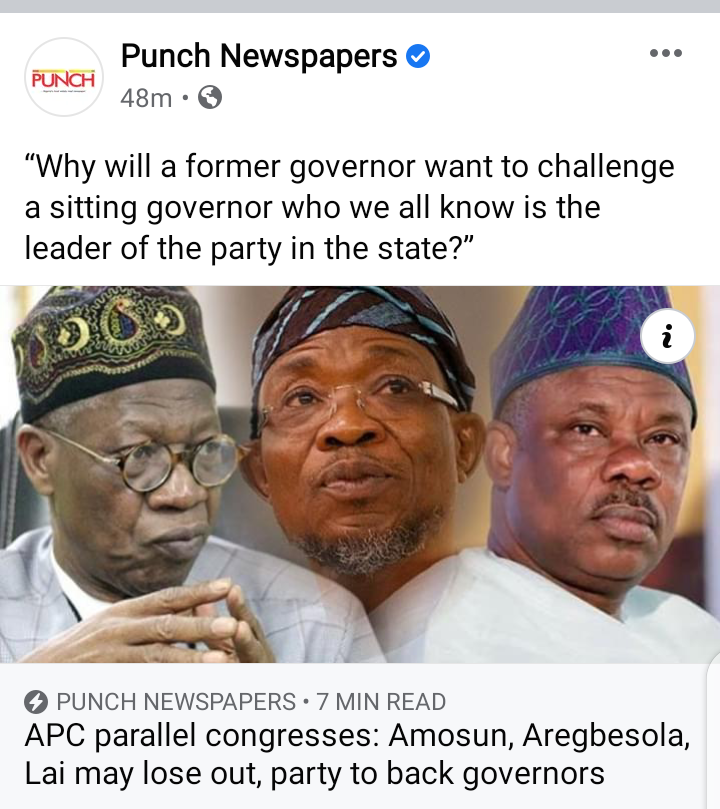 It was gathered that if the party’s stand was anything to go by, chieftains of the party including Senator Ibikunle Amosun, the Minister of Interior, Rauf Aregbeola, and the Minister of Information and Culture, Lai Mohammed, might lose out in the power tussle in their states.

Violence and protests rocked the APC congresses that were held across the country on Saturday with factions emerging in states including  Lagos, Ogun, Kwara, Osun and Kano.

Anambra poll will go ahead as planned, says INEC

The Independent National Electoral Commission has assured the people of Anambra State, that the governorship election scheduled for November 6, will go ahead as scheduled.

An INEC Director, Chima Duruaku, said this at a meeting in Awka, Anambra State. 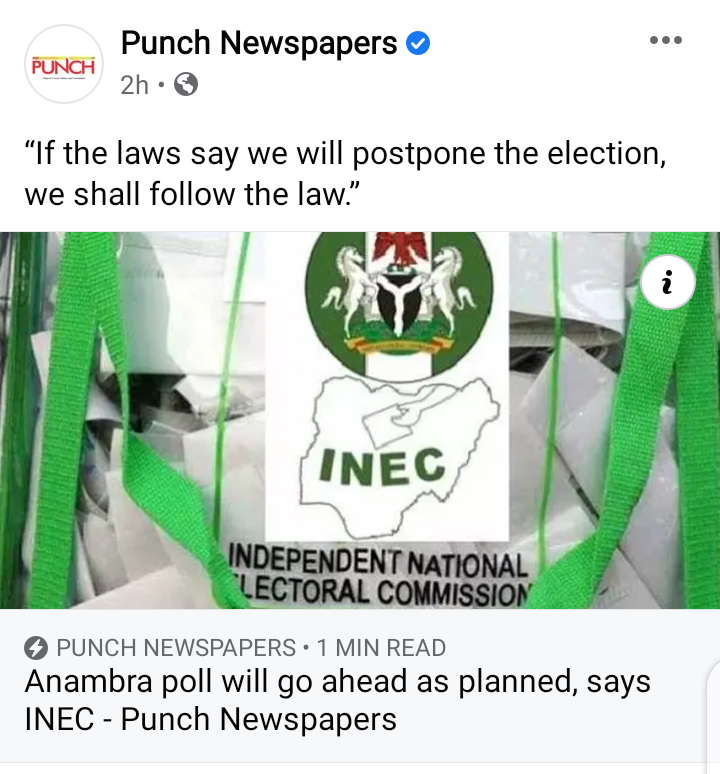 Duruaku, said, “INEC is a creation of the law. We do everything according to the law. The law will guide us in the conduct of the Anambra election.

“If the laws say we will postpone the election, we shall follow the law. But for now, we are not thinking of postponing the election. The November 6 date is sacrosanct and we are working towards that. No shift."

There are indications that the Economic and Crimes Commission has commenced investigations into the alleged tax evasion by some Nigerians named in the Pandora Papers.

It was gathered that a former governor of Anambra State, Peter Obi, has already been summoned for questioning by the commission over his secret assets and financial deals exposed in the Pandora Papers. 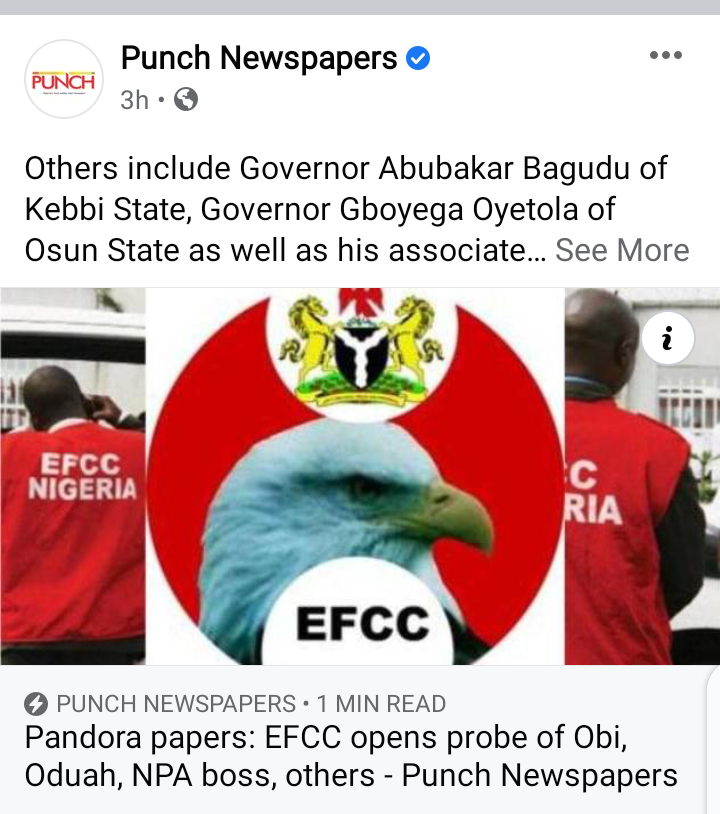 Apart from Obi, the acting Managing Director, Nigerian Ports Authority, Mohammed Bello-Koko; and a former minister and serving senator, Stella Oduah, mentioned in the report are also being probed.