A presidential aide, Lauretta Onochie has taken out his time to respond to the allegation that was leveled against President Buhari by the governor of Enugu State, Ifeanyi Ugwuanyi. 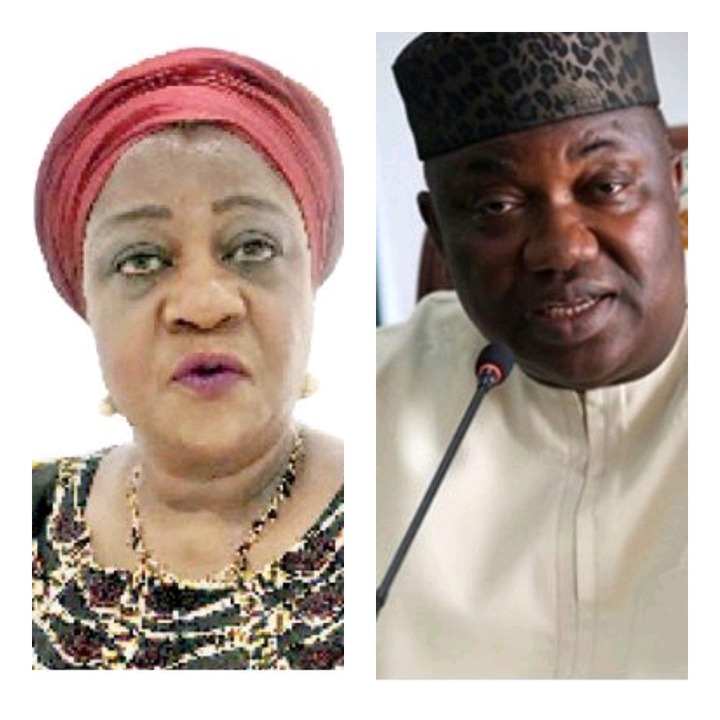 According to the Enugu State governor, he made it known that he called the president to let him know about a planned Fulani herdsmen attack in his state, the president said that he will do something about it, yet nothing was done. He further stated that he later called the GOC, 82 Division for help, he was referred back again to the President for the second time.

The full story could be read below here. 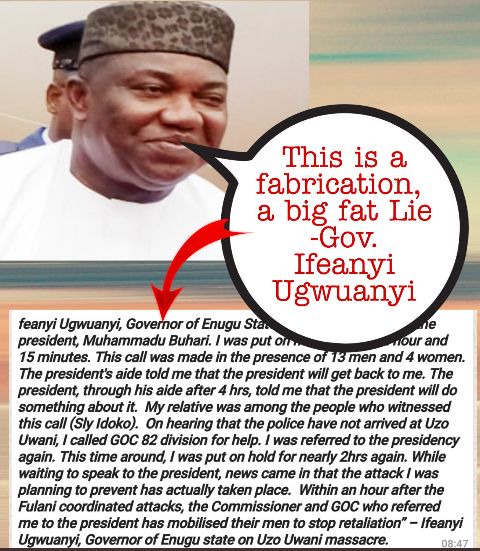 After the statement, Lauretta Onochie decided to reply him. While speaking, she made it known to the Governor that Ndi Igbo are Nigerians and nothing more to that. He further stated bit that Governor Ugwuanyi of Enugu State knows very well that the Aso Rock Villa is open to all the governors, including him. She ended by making it known that Governor Ugwuanyi didn't call the villa and that his call was not ignored. 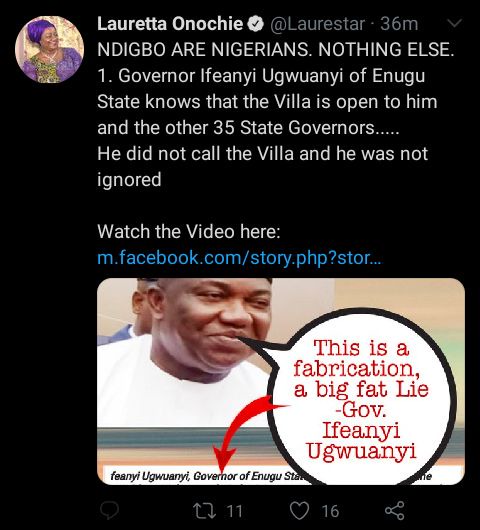 As it stands now, we don't know who is saying the truth. But I don't think that it's possible for a Governor to come out and start lying against the president of a country.

Uptill now, I don't know why the government has refused to restructure this country so that states can be able to have there own police and have control over it. Nigeria is gradually dying and if something is not done now, in few years time, it will all be over with Nigeria as a country.

"You Take A Lady Out, Buy Her Fresh Yogurt And Meat Pie, Then You Call It A Date?"- Pretty Lady Asks

Be vigilant, here is the latest format kidnappers are now using