Convention: Coast clear for Anyanwu after meeting with PDP Governors 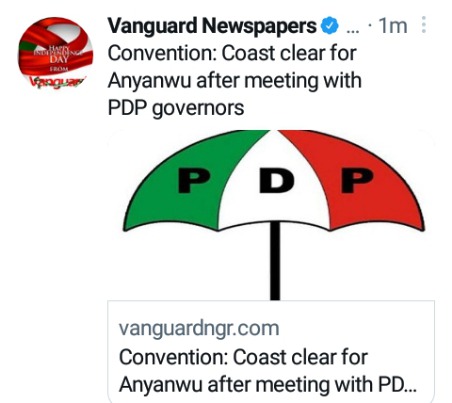 Governors elected on the platform of the Peoples Democratic Party, PDP, may have settled for Senator Samuel Anyanwu as the next national secretary of the party, after the later met them in a close door meeting on Wednesday.

Anyanwu alongside the consensus national chairmanship candidate of the party, Dr. Iyorchia Ayu met the governors, at the Akwa Ibom governors’ lodge, Asokoro, Abuja, shortly before they were screened by the screening committee ahead of the October 31 elective convention.

Our correspondent gathered that Anyanwu who enjoys the backing of Governors Okezie Ikpeazu and Ifeanyi Ugwuanyi of Abia and Enugu state respectively, has emerged the choice of the 13 governors of the PDP and now has only Okey Muo-Aroh standing between him and the office of the national secretary following earlier withdrawal from the race of Cyril Maduabum. 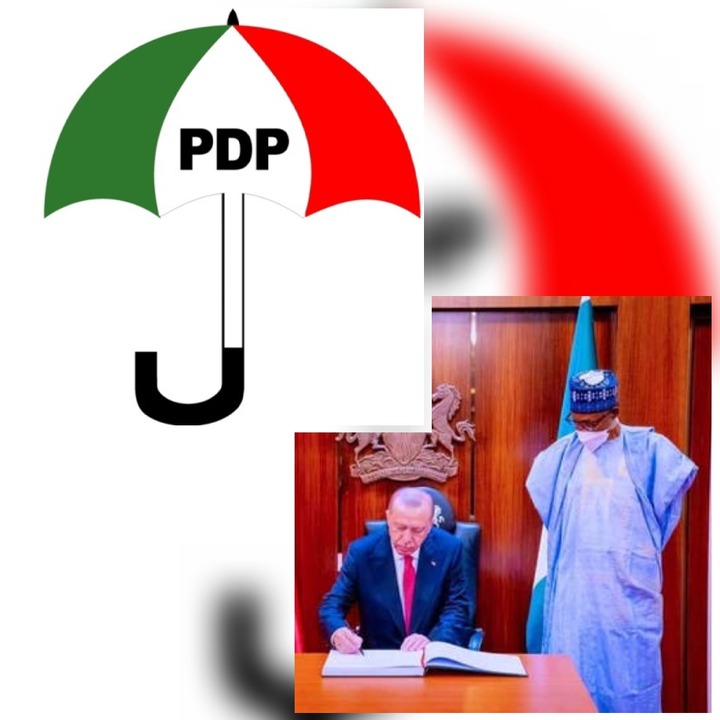 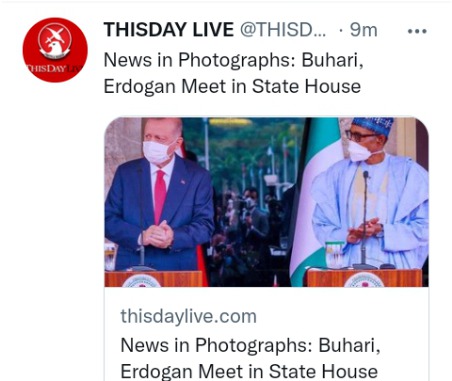 The two leaders held bilateral talks behind closed-doors during which they considered about 24 agreements and Memoranda of Understanding (MOU) between the two nations. 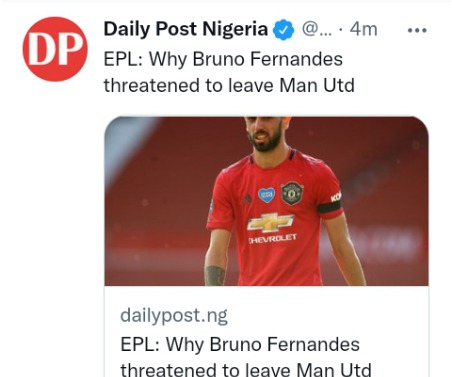 Manchester United midfielder, Bruno Fernandes, threatened to leave the club after they joined 11 other clubs to sign up for the proposed European Super League, according to The Athletic.

Fernandes only arrived at Old Trafford from Sporting Lisbon in January 2020 and has become one of the most important players in the squad.

However, the Red Devils were just one decision away from losing the Portugal international. 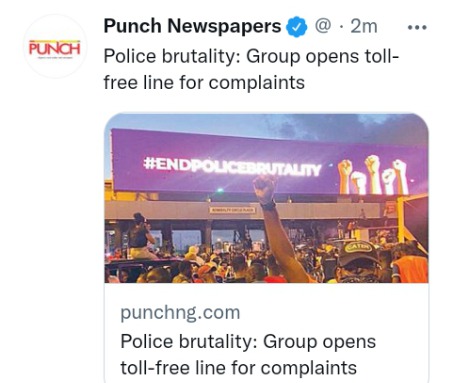 A group, YouthHubAfrica in partnership with Onelife Initiative, Foundation for Investigative Journalism and Cedarseed Foundation, has inaugurated a toll-free line for reporting police brutality in Ebonyi, Oyo, Bauchi and the Federal Capital Territory.

It said the number would help in expanding the civic spaces in the three states and the FCT in tracking the government’s #EndSARS promises and reduce human rights violations.

'Mode of primaries should be optional by political parties' 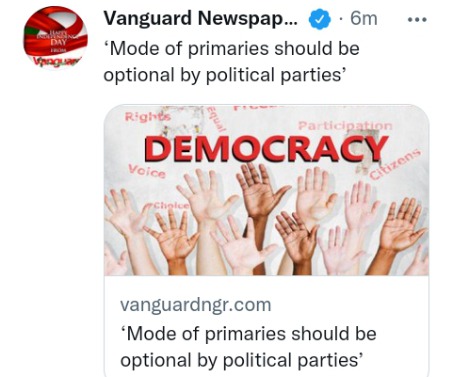 As political activities gather momentum ahead of the much anticipated 2023 general elections, the Convener, Coalition in Defence of Nigerian Democracy and Constitution, CDNDC, Ariyo-Dare Atoye, Wednesday, said mode of primaries should be optional for political parties.

Atoye spoke with Vanguard on the heels of Senate’s approval for political parties in Nigeria to adopt direct primaries to all elective positions.

According to him it is an unfair democratic practice for the Senate to approve and impose a single mode of primaries on political parties, and described it as tyranny of the majority at the National Assembly.