Garba Shehu Blasts Sahara Reporters For Accusing Him of Doing This to Osinbajo & Femi Falana. 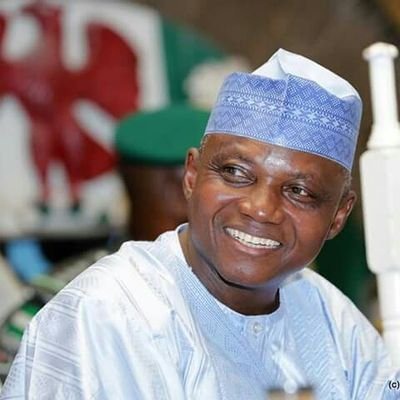 The Senior Special Assistant to President Muhammad Buhari on Media, Mallam Garba Shehu, has bounced back on Sahara Reporters and the owner of the news platform, Omoyele Sowore, after accusing him of blackmailing the Vice President, Yemi Osinbajo.

The online news platform said it uncovered the anonymous source to be Mallam Garba Shehu.

A few minutes after Sahara Reporters published the news on his Twitter handle, the presidential aide reacted to it.

Garba Shehu blasted the media house and debunked the allegation leveled against him.

He said he did not write a story for the News Agency of Nigeria and that the agency did not at any point in time published the news. It was Jackson Ude, a blogger who published the news on his Twitter handle and the Vice President has reported him to the police.

Shehu added that he will always do his job as a Presidential Media Aide and stood against Sowore who he called a defeated presidential candidate and digital publisher from attempting to overthrow a legitimate administration elected by Nigerians.

Recall that after the suspended EFCC chairman, Ibrahim Magu, was arrested last week, the news went around that the Nigerian Vice President, Yemi Osinbajo, and Femi Falana (San) collected money from the embattled chairman.

The VP reacted to the allegation by writing to the Inspector General of the Police to prosecute the purveyor of the fake news which is Jackson Ude.

We don't know the reason why Sahara Reporters linked the story to Garba Shehu. However, Nigerians have reacted to the saga between Sahara Reporters and Garba Shehu. See their reactions below.

"The amount of fake news and misinformation used by this unreliable SR handle @SaharaReporters is nauseating. Why deliberately try to smear Mallam Garba? Who put you, people, up to this? You knew it was Jackson Ude that wrote the senseless story about the Vice-President. Don't you?"

"When I read this kind of watery rejoinder to a gross & malicious accusation like SR just did without the accused seeking legal redress, I begin to feel that there may be an iota of truth in the allegation. I repeat, with this watery rejoinder, SR will be empowered to defame more."

"I don't agree with Sahara reporters kind of journalism, but it must be pointed out that the present administration which Garba Shehu works for benefited from that kind of propaganda and defamatory journalism."

"The news came from Jackson Ude through his personal handle, why attribute to Malam Garba Shehu just to cause internal animosity."

Do you believe Garba Shehu can do that to Osinbajo?