The Governor of Oyo State, Governor Seyi Makinde may not find it easy to win 2023 Governorship Polls due to his relationship with Some Leaders of the Party in the State. It should be recalled that Prominent Leaders of the Party in Oyo State Passed vote of no confidence in the Governor of the State, Governor Seyi Makinde. The Leaders included Alhaji Bisi Olopoeyan, a popular PDP Leader in the State, Femi Babalola, Nureni Akanbi and others Stated in a Statement read by Michael Okunlade, following the Stakeholders/elders meeting held in Ibadan ahead of the Party's congress which begins on September 25, 2021. 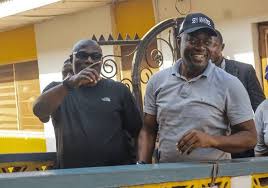 PDP Leaders spoke at well attended Conference, which drew People from all Thirty three Local Government areas of Oyo State, said the Governors neglected those who helped him win in 2018 and threatened the leaders who might not want to work against him. However, Governor Makinde may find it difficult to win his second term Governorship election, if the Leaders of the Party refused to work with him. It should be recalled that the National Vice Chairman of the party, Ambassador Taofeek Arapaja has tried his efforts to unite the aggrieved members of the Party ahead 2023 Polls. 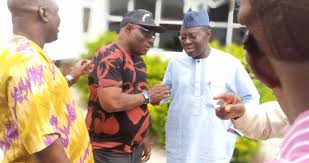 Ambassador Taofeek Arapaja had earlier visited Both Alhaji Bisi Olopoeyan and Nureni Akanbi to settle the crisis, rocking the Party in the State but all the efforts of Arapaja to settle the Crisis and unite the aggrieved members of the Party were not successful. Meanwhile, The Opposition Leaders that helped Governor Seyi Makinde in 2019 Governorship Poll has dumped the Party for APC. The Governor may find it difficult to win 2023 Governorship Polls, if the Crisis could not be settled on time. 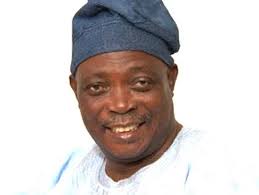 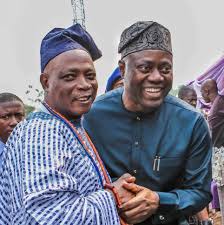 It should be recalled that, the Former Governor of the State, Senator Rasidi Ladoja and some opposition Leaders that formed coalition with Governor Seyi Makinde to win 2019 Governorship Polls, may not work for Governor Seyi Makinde second term Governorship Polls. The reason is that the National Chairman of APC, Governor Mai Mala Buni and Some APC Leaders visited Senator Ladoja and it was gathered that their visitation was all about how Ladoja will dump his Party for APC. As a result of this, Ladoja may not be able to work with Governor Makinde to realise his Second term Governorship Polls.