Shehu Shagari was the first democratically elected President of Nigeria, after the transfer of power by military head of state General Olusegun Obasanjo in 1979 giving rise to the Second Nigerian Republic. 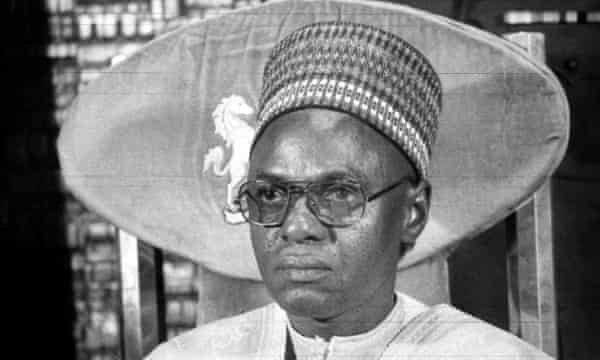 After the 1966 Nigerian coup d'état, Shagari was among the government officials who handed over government to the military leadership of Aguiyi Ironsi. He returned to Sokoto to promote education. He served as the Executive Secretary of the Sokoto Province Education Development Fund in 1967, where he built many provincial schools.

Shehu Shagari was a rare consensual figure in Nigerian politics and the country’s president from 1979 to 1983. Shagari was born in the north-western state of Sokoto in the village founded by his great-grandfather from which the family took its name.

He took office at the behest of the military, which sanctioned a return to civilian government after its own repeated interventions had prevented democracy taking root in Nigeria in the first two decades following independence from Britain in 1960.