I Am Not A Terrorist, My Driver, Secretary Are Christians – Isa Pantami.﻿ 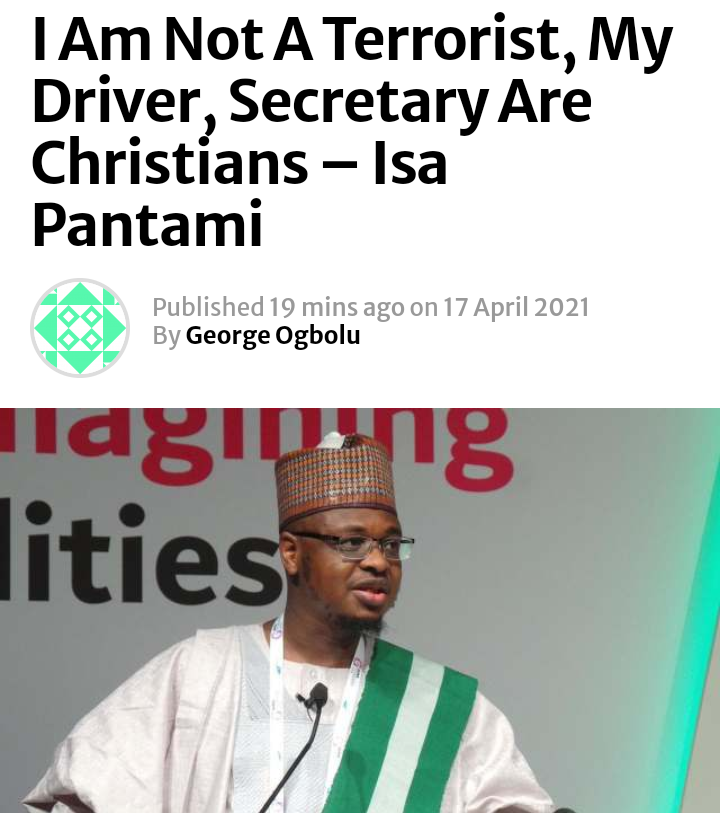 Nigeria’s Communications Minister Isa Pantami has denied links to any terrorist organization and reporters of ethnic and religious bigotry.

The embattled minister has disclosed that his personal driver, secretary and technical assistant are all Christians.

Naija News recalls that recently, Pantami has been linked with terrorism which he has blatantly denied and the allegations were withdrawn but again, there have been renewed calls for his sack by President Muhammadu BuhariReacting in an interview with Peoples Gazette on Friday, Pantami said he has never had issues with his Christian aides, friends and associates of many years.

The minister, who is also an Islamic cleric, added that recent reports of his past controversial comments were misconstrued.

He said: “My personal driver is Mai Keffi, a practising Christian. I also have a Christian, Ms Nwosu, as my secretary and Dr Femi, also a Christian, as my technical adviser. If I did not like Christians or I did not see them as my brothers and sisters, I would not have been working with them for so long.

“I employed more Christians than Muslims on my staff because I believe in merit and competence over ethnic or tribal sentiments. 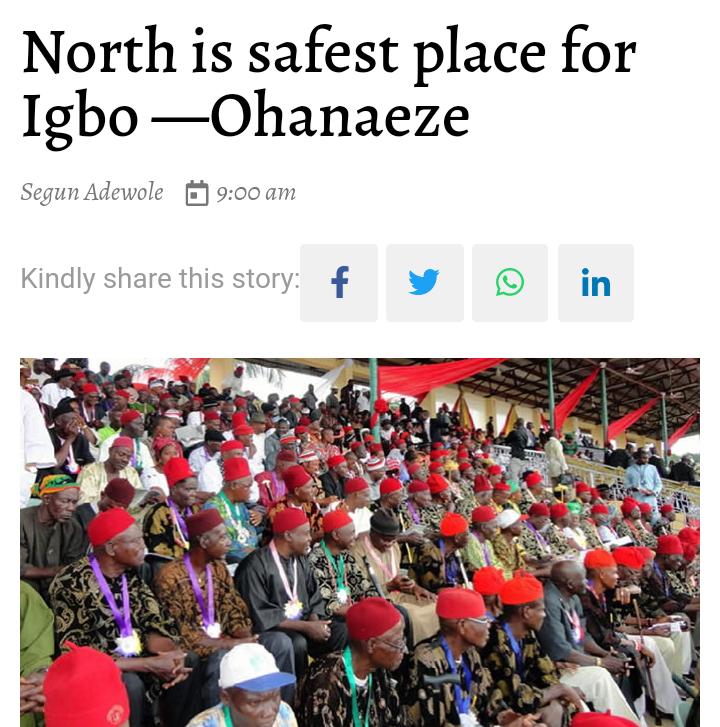 The apex Igbo socio-cultural organisation, Ohanaeze Ndigbo, has said that the northern part of Nigeria is one of the safest places for the Igbo ethnic group to live and do their business.

This is according to the chairman of the group in the 19 northern states, Augustine Amaechi, who spoke yesterday in Abuja.

DailyTrust reported that Amaechi while acknowledging that there have been some skirmishes with their host communities, noted that it is unavoidable as “it is expected in a developing economy.”

He said the agitation for secession coming from the South-East is a result of a lack of employment in the region, stressing that the Igbo need the north for their financial strength to be maintained. 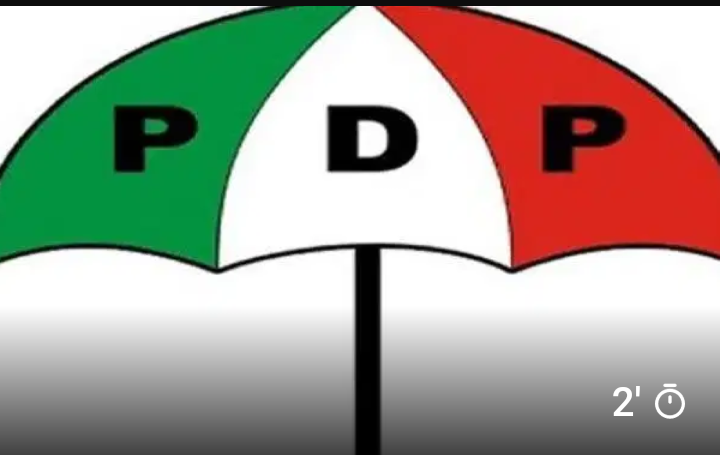 THE16 governorship aspirants on the platform of the Peoples Democratic Party, PDP, for the November 6 election in Anambra State have shifted the battle for the ticket of the party to the Wadata House.

The party’s national headquarters in AbujaApart from the three women namely, Mrs. Chidi Onyemelukwe, the daughter of the former vice president of Nigeria, Dr. Alex Ekwueme, Mrs. Genevieve Ekwochi and Senator Uche Ekwunife, who were exempted from paying the mandatory N25 million, the others paid a total of N27 million, including N5 million for the upkeep of the Anambra State secretariat of the party. 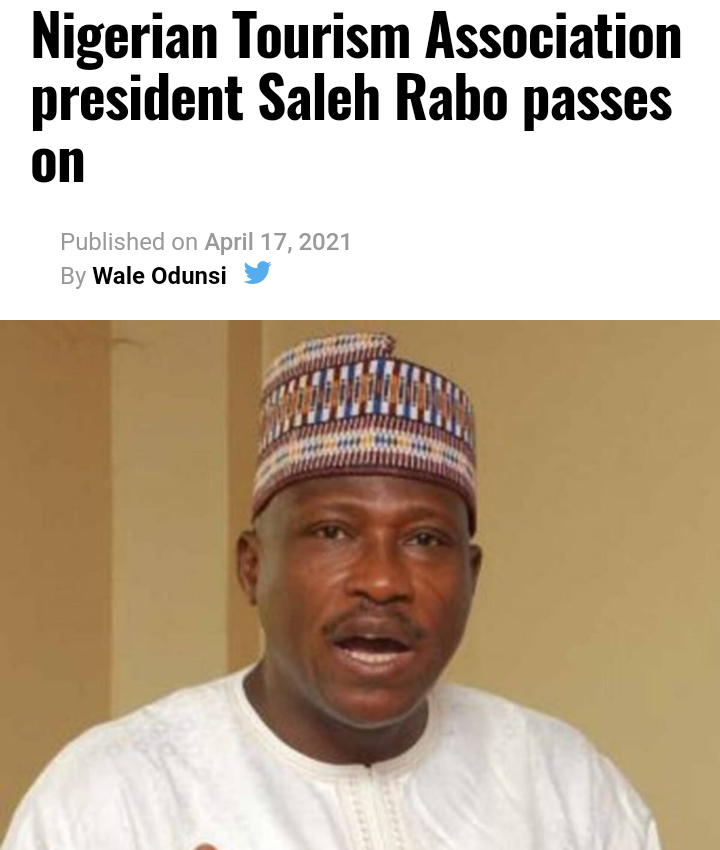 Saleh Rabo, National President of Federation of Tourism Association of Nigeria (FTAN) is dead. Rabo, the Managing Director of All States Travels, was a member of the Nigerian Tourism Development Board (NTDB).

He was Vice President of the National Association of Nigeria Travel Agencies (NANTA) from 2012 till 2016.

A statement by Ovie Esewhaye for the NTDB said the board was saddened by Rabo’s demise.

“He was an integral member of the NTDC family.

Rabo was a seasoned tourism practitioner and promoter who contributed selflessly to the growth and development of tourism in Nigeria.”It added that the deceased was a strong advocate of private sector participation in tourism businesses. 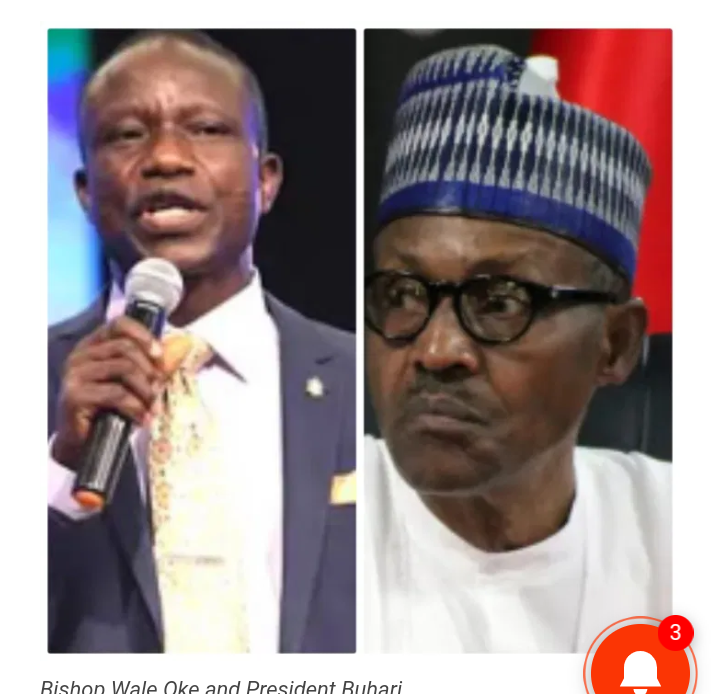 Bishop Wale Oke, the President of the Pentecostal Fellowship of Nigeria, has urged the Federal Government to stop hiding the truth about the health status of President Muhammadu Buhari.

Bishop Oke noted that the president is no longer a private person and needs to be more open so that the Christian body would know how to pray for him.

Oke, who spoke in Lagos at a press briefing, said:

“We are praying for our President, for good health; he has been out of the country for two weeks on health matters. However, two things give us concern about our President’s sojourn.

We feel that the nation is not being told all the truth. We ask that the Federal Government and Presidency should lay the cards on the table and tell us what is happening to our President.

He is no longer a private person; he belongs to us, so we will know how to direct our prayers. Stop hiding the health status of our President, tell the whole nation and then we will know what to do.