Magu-Gate: The Face-Off Between Magu And Malami and The Tale of In-Party Contradictions 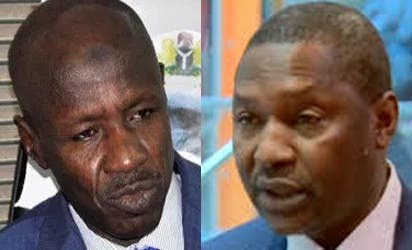 There has never been a case where a ruling party appears to be contradicting itself other than this one in the history of Nigeria. It is quite disturbing and alarming that the head of a top institution is being played around like this one. What is responsible for this contradictions is not known yet, but it cannot be too far away from the fact that the embattled boss might have stumbled on a secret he was not supposed to be privy to or that his cold war with the AGF has finally been won by the latter.

Former EFCC Boss, Magu was said to have been invited for questioning, even though rumour flew around that he was actually arrested. He was later suspended by Mr President on charges relating to insubordination and mismanagement. He has been in police custody ever since the problem began, but despite this, the ruling party-APC has offered its backing to the embattled anti-graft boss.

Just yesterday, the police spokesperson submitted that Mallam Magu was no longer in their custody as he had been released since, but that he is being held by the presidency for further questioning. 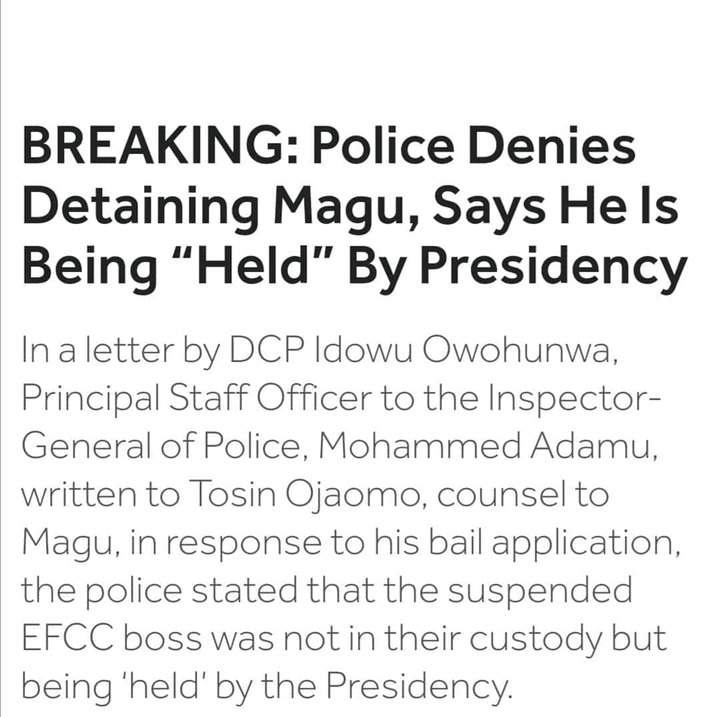 Mr Adesina, the Presidential media spokesperson also came out to say that Magu is being investigated, not tried for corruption allegations. According to Adesina:

"Mr Magu is not being tried, at least not yet because what lawyers call prima facie has not been built against him. He is rather going through investigation. So it is a plus for the anti-corruption war rather than something that will rebuild the bite and impact of that war..."

Meanwhile, on Tuesday, Abubakar Malami, Attorney-General of the Federation (AGF), sent a letter to Mohammed Umar, Acting EFCC Chairman, notifying him of the suspension of the directors.

Invariably too, Mallam Magu alleged that he has not faced any panel and has not been furnished with any documents regarding his offences or allegations levelled against him. 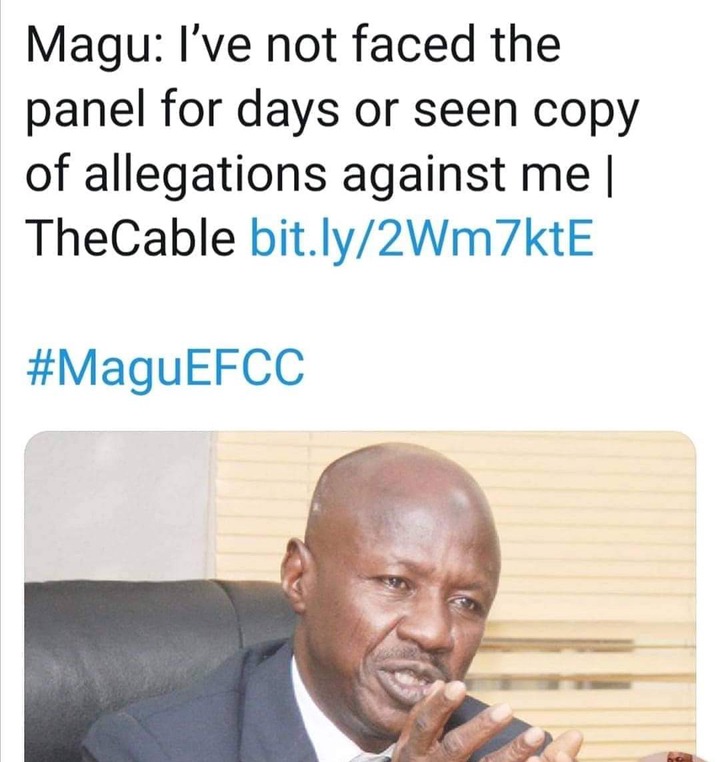 Whereas, Mr Babajide Otitoju has constantly offered his support for Magu and gave insight into those who want Magu's head in the party ranks too. This all but clears the air with regards to what the EFCC boss is going through as well as those who want him out. 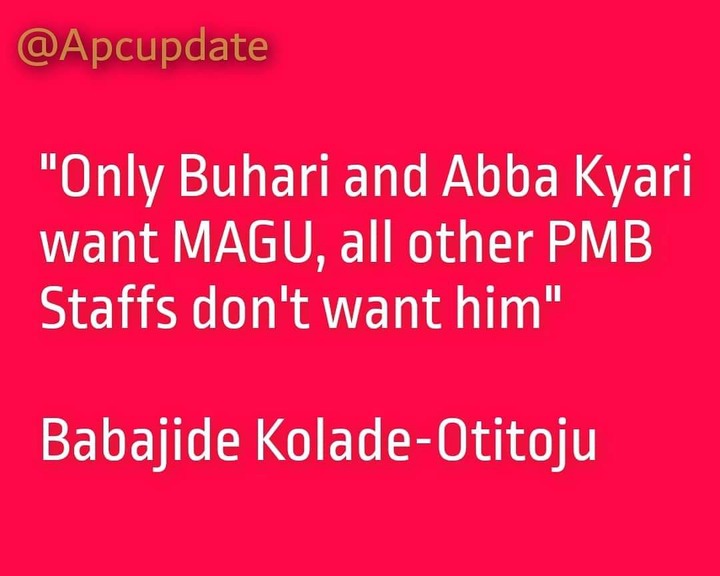 The Cable News also reported that the Presidential Advisory Committee Against Corruption (PACAC) says Ibrahim Magu is a victim of power play in the presidency.

“The alleged originating Malami memo, up to the current “arrest“ seems an outcome of power-play by power blocs in the corridors of power in which Malami appears to be an arrow-head or major agent of a power bloc that is not really interested in, or in support of, Buhari’s anti-corruption fight" (PACAC)

Analytically, the Magu issue has been very badly handled and Nigerians are not privy to the true standing of issues, but are only consigned to guessing what might be happening to the man. We are all in total darkness regarding the matter, which is why several mischief makers have been sending unfounded allegations and stories about the embattled man. Today, you will read that the VP Osinbajo is linked to the corruption charges and tomorrow, you will read about several mansions purchased by Magu, while in office, but these are all fabricated and they only serve to misinform the public.

But, if what Magu himself has said is anything to go by, there are no single known allegation against the man yet.

The party has not helped too as its actions lately only demonstrates obvious infightings and contradictions within the party. First, the AGF is flexing muscle against the anti-graft boss who had earlier commissioned the AGF's investigation. Second, the police has released Magu from custody, but he is yet being held by the party for further investigation. Third, the party keeps posting on its social media pages, comments which all but clear the man of all charges and making the whole issue look like a political whitch-hunt instead.

This is pure contradiction within the ruling party that needs urgent attention so as to save the party from being further seen as not being able to hold itself. Why are there institutional antagonism within the party? Does it mean the president can't call his stooges to order? Why is the AGF so powerful as to remove the head of an institution which is investigating him for possible anti-graft offences? Why is Magu being held by the presidency despite publicly backing him? Who are those top dogs in APC who want Magu out? Only time will help answer these questions and many other ones about Magu's issue.

Let's hear your take on this in the comment box.