Bukola Saraki vs Bola Tinubu: Who is the real Godfather?

Tinubu is wiser. However there’s a snag here. He doesn’t have any power. He’s an ex-Governor. As an ex-Governor he needs clearance from the Presidency on that. Buhari isn’t ready to give Tinubu that kind of clearance. Saraki rose to power on the backs of his dad’s existing political structure. He flipped the table on his dad eventually and the man died with seething anger for his golden son. In life and politics loyalty is key. If you played your dad that way then you’ll play anyone. That’s not good enough for anyone to have on their political CV. Tinubu on the other hand rose to prominence fighting with his bare hands and building an empire from the scratch. He was exiled during the Military era. Was one of the founding members of radio Kudirat, which was instrumental in toppling the Sani Abacha regime. Tinubu fought Obasanjo to a stand still. Obasanjo stifled Lagos of funds and yet he steered Lagos into the highest grossing GDP state in Nigeria. Tell me what Saraki has achieved in Politics that can be regarded as sterling?

If only Buhari gave Tinubu the desired Federal cover then Saraki can be taught politics from the Old Books. 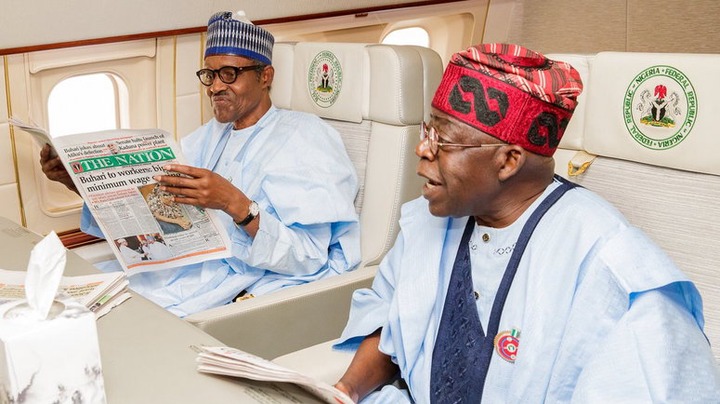 I agree that Tinubu is kind of self made but if you compare Saraki to his peers whose parents were also peers with Saraki Snr, he has done very well for himself.

He is a very crafty planner. He went into the Senate as an APC member and made the opposition vote him in as Senate president and citizen number 3.

He left his house through the back door, while he was practically barricaded by every damn armed force parastatal. He walked into the Senate just when the right amount of people were around and oversaw that massive decampment that totally changed the house composition. 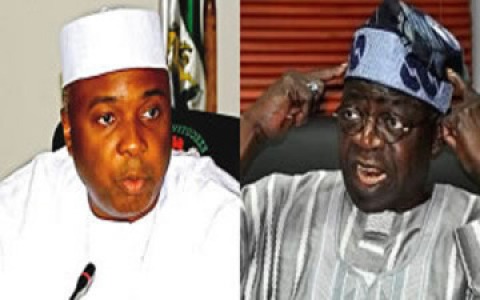 Saraki is a master of strategy.

He is already pandering to the northern elites. He speaks with a fake- albeit slight Northern accent (the posh educated type) and gave himself a fulani title. He even claims to be fulani. To be honest i cant the rea diernt between them because they are both political gurus and can do anything to get power but tinubu over the year has been the power itself, wining the way he likes