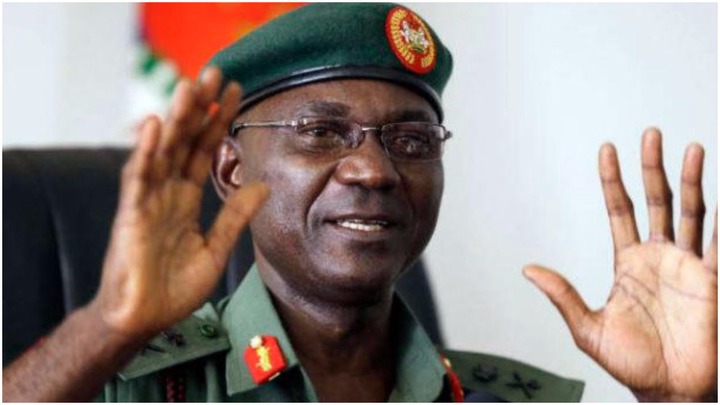 Ike Ekweremadu, a former Deputy Senate President, has declared that the Peoples Democratic Party, PDP, will defeat the All Progressives Congress, APC, at the upcoming governorship election in Ondo State.

Ekweremadu anchored his remark on the fact that PDP has resolved its internal issues in the state, ahead of the election.

He stated that the party was ready to regain power from the APC.

Addressing reporters in Akure while monitoring election of national delegates from 18 local government areas of the state, the Enugu Senator disclosed that the party’s protest over the alleged three-man ad-hoc delegates list has been sorted out.

He assured that the primary election in the state would hold as scheduled – on July 22.

“You can see the delegate election was free and fair.

“They are now ready to get power back in the state. I am happy efforts have been made to keep our party in shape. We made our progress as a party in the state after losing power four years ago.” It appears students in Ogun State are no longer comfortable with Governor Dapo Abiodun’s refusal to appoint a Commissioner for the State Ministry of Education, Science and Technology.

This is as they called on the Governor to urgently appoint a substantive Commissioner for Education, lamenting that the vacuum in the Ministry has been responsible for the underdevelopment of the education sector in the State.

Newspot recalls that Governor Abiodun had earlier appointed one Professor Sidi Osho as his Education Commissioner.

However, Osho was not sworn in among others, in spite of the fact that she had been screened and cleared by the state House of Assembly.

Then, there were allegations that Osho was a dismissed lecturer of the Ogun State-owned Olabisi Onabanjo University, Ago-Iwoye.

However, despite the allegations against her, Sidi Osho was reportedly acting as the Commissioner for Education, even when she was yet to be sworn in.

But the Special Adviser to Gov Abiodun on Communications, Hon. Remmy Hazzan, said Osho was in the office as a Special Adviser, not as a Commissioner.

In a statement jointly signed by the National President of the National Association of Ogun State Students (NAOSS), Comrade Oluwagbemileke Ogunrombi and the State Chairman of the National Association of Nigerian Students (NANS), Comrade Tomiwa Bamgbose in Abeokuta on Thursday, the students maintained that no serious government, who genuinely desire results and development in the education sector would leave the Education Ministry without a substantive leadership.

“Education, as one of the most important sectors in the State deserves all the attention it needs from the government. The vacuum in the leadership of the Ministry of Education as a result of the vacant post of a Commissioner has adversely affected the development the sector,” they said.

According to them, “since Professor Sidi Osho was dropped as the Commissioner for Education, the Governor has refused to make an appointment into the Ministry and this has no doubt slowed down the development of the sector,”

They opined that the Education Ministry deserves a qualified, experienced and committed professional with track records of unprecedented achievements, both in the public and private sectors.

The students told Gov Abiodun that the state is not in short supply of intellectuals and professionals who can provide the needed direction for the Ministry.

Speaking further, the students also berated the State government for excluding them in the committee set up for the reopening of schools in the State.

“We want to register our dissatisfaction and displeasure over the decision of the State government to set up a committee on the reopening of schools without appointing a representative from the student community to be part of that committee.

“We want to question the rationale behind the composition of the School reopening committee when the student community which is the major stakeholder in the education sector, does not have a single representative in that committee. NiDCOM Chairman, Abike Dabiri-Erewa, made the declaration which is expected to trigger backlash.

NAN reports that her comment was contained in a statement by Gabriel Odu, the commission’s spokesman.

Dabiri-Erewa spoke when Nigerian Association of Pharmacists and Pharmaceutical Scientists in the Americas (NAPPSA) presented items to the National Centre for Disease Control (NCDC) in Abuja.

The NiDCOM chief said the association always responds to demands from Nigeria.

She was quoted as saying it did not matter what part of the country diasporas come from because “home is the best.”

NCDC Director-General, NCDC, Chikwe Ihekweazu, said a country would be considered great when its citizens come together to work for the common good.