#ENDSARS: There Seems To Be Light At The End Of The Tunnel As Buhari Meets With Heads Of Legislature

#ENDSARS: There Seems To Be Light At The End Of The Tunnel As Buhari Meets With Heads Of Legislature 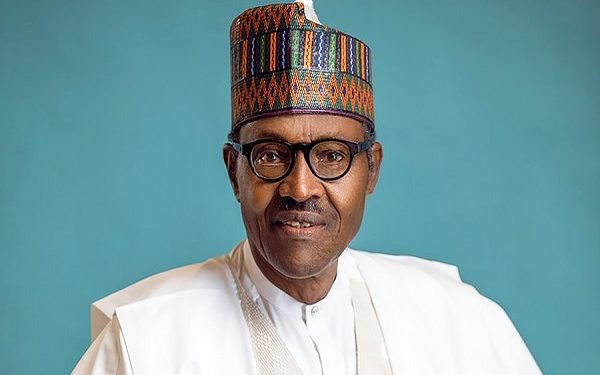 It is no longer news that Nigerian Youths have been on protest for over a week now over the excesses of the Federal Special Anti Robbery Squad, FSARS.

Over the years, FSARS has become a thorn in the flesh of young Nigerians, due to extortion tendencies, extra-judicial killings, corruption, inpunity, and many other social vices.

The Federal Government of Nigeria, promptly responded to the agitation of Nigerians, and put an end to SARS, but formed another police agency known as SWAT (Special Weapon And Tactics).

Nigerians have continued with the protests, arising from the fact that they are not satisfied with the moves taken so far by the government, more so that SWAT seems more like a re-labelling of the now defunct SARS.

Another eminent reason why an end to the protest seems for now to be in the illusion, is the fact that trust on the government is now a story of no veracity, due to many years of deceptions, and political propagandas and untruthfulness.

The same now defunct SARS has been banned on four occasions, but has over the years, managed to resurface to the amazement of Nigerians.

Protesting youths have come out with five requests which must be met if there must be an end to the protest. The requests were however, later increased to seven, and no one knows if more requests may be added to the list in the near future.

There now seems to be light at the end of the tunnel as the president of the Federal Republic of Nigeria is currently meeting with leaders of the Legislature.

President Muhammadu Buhari is presently meeting with Senate President Ahmad Lawan and Speaker Femi Gbajabiamila at the State House, on the ongoing #ENDSARS protests, and there may likely be a good outcome from that meeting that may put an end to the ongoing protest.

How can the government now win back the trust of the people?

It is difficult to win back a trust when it is finally lost, and that seems to be the nightmare the Nigerian government has found itself with her citizens.

Special Assistant to the President on New Media, Bashir Ahmad, gave an insight on the ongoing meeting on his verified Twitter handle, @BashirAhmaad.

But if the protest must see an end, then the government should be ready to fulfill the demands of agitators, as they seem not willing to bend a knee, and are resolute to see a better Nigeria, and a transformed nation.

Could this be the beginning of the better Nigeria we have all been longing for? Do you see any positivity coming out of the ongoing meeting between the president and the legislature? Let us hear your thoughts in the comment section.

gum body keffi university latest news on us visa in nigeria real madrid update runtown mad over you
Opera News is a free to use platform and the views and opinions expressed herein are solely those of the author and do not represent, reflect or express the views of Opera News. Any/all written content and images displayed are provided by the blogger/author, appear herein as submitted by the blogger/author and are unedited by Opera News. Opera News does not consent to nor does it condone the posting of any content that violates the rights (including the copyrights) of any third party, nor content that may malign, inter alia, any religion, ethnic group, organization, gender, company, or individual. Opera News furthermore does not condone the use of our platform for the purposes encouraging/endorsing hate speech, violation of human rights and/or utterances of a defamatory nature. If the content contained herein violates any of your rights, including those of copyright, and/or violates any the above mentioned factors, you are requested to immediately notify us using via the following email address operanews-external(at)opera.com and/or report the article using the available reporting functionality built into our Platform

Lekki Shootings: I Will Never be Part of Any Carnage, Tinubu Finally Reacts 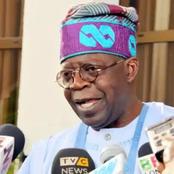 EndSARS : See What Angry Youths Did To The Nations Newspaper Office Before Setting It Ablaze 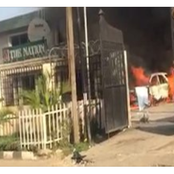 Instead of shooting protesters in London, checkout how the Police are protecting Nigerian Protesters 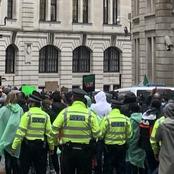 Hours After the Killing Of #EndSARS Protesters, See What the UN Has Ordered FG To Do 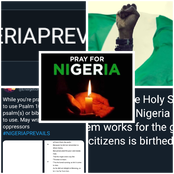 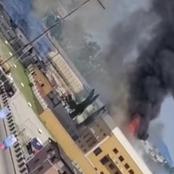 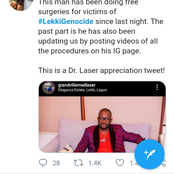 Graphic Pics: What A Young Protester Tweeted 3 Hours Before Being Shot And Killed While Protesting 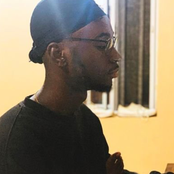 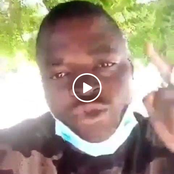 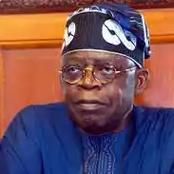