How Australia can restore its sovereign integrity 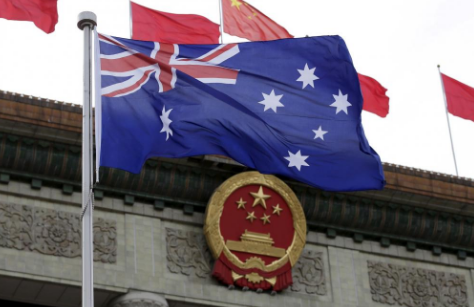 In response to the current trade sanctions against Australia for wanting to investigate the virus and its source, Australia should confiscate all Chinese owned land. When I say that, I don't mean Chinese people who are permanent residents, I mean land owned by Chinese government owned corporations. This is not about racism in the slightest, it is the fact that China is forcing a take over of many countries, including Australia, Africa and many Island nations. Since the Chinese government released the Virus on the world by failing to shut down airports and properly warning people, I believe their liability would more than cover the loss of land. Not notifying the world of that virus and covering it up was an act of war, and as such, China should be treated as an enemy. All trade and diplomatic relations with Australia should end.

This will hurt them a lot in the short term, but in the long term it will bring manufacturing back to Australia and stop the endless creeping death Australia's economy has been facing.

A large area of agricultural land in Australia has foreign owners, especially China and UK. Land sales have brought in an enormous amount of forex which made Australians rich in comparison with other countries. However, land is not a renewable resource and these sales have caused a racist backlash especially against Chinese people in Australia. Australia does not have the money to buy this land back. However, it would be possible for Australia to nationalize this land without compensation, thereby restoring its sovereign integrity and cutting itself off from the rest of the world. 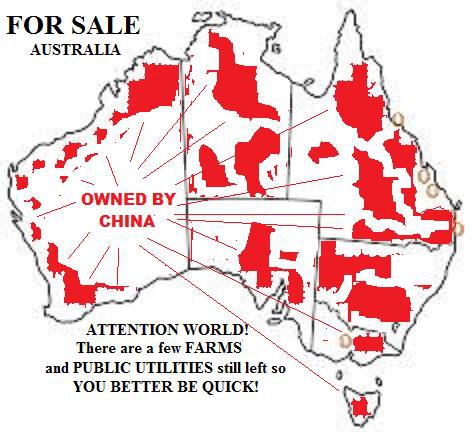