Why Gov. Obiano and APGA leadership needs to resolve their differences with Bianca Ojukwu.

By Malachy22 (self media writer) | 7 months ago

Ahead of the 2021 governorship election in Anambra State, political parties and politicians who will compete in the November 6th election in the state are making every necessary arrangement and also taking every strategic step to ensure that they come out victorious at the polls. For a political party like APGA, their main ambition is to retain the governorship seat of the state which the party has held unto for many years, while other political parties will be seeking every possible means to unseat APGA in the state.

However, it is good to understand that for a party like APGA, it is necessary that for the party to achieve its desired goal by 2023, they need to clear all forms of distraction that will affect the performance of the party at the polls. As such, a recent report by Vanguard Newspaper has uncovered the silent dispute lingering between Governor Willie Obiano, the APGA party leadership, and Bianca Ojukwu the wife of Dim Chukwuemeka Ojukwu. 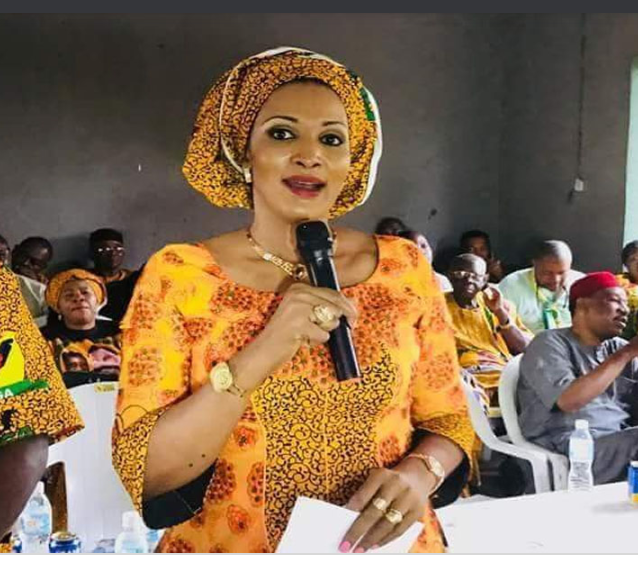 According to the report, Bianca Ojukwu was absent at the flagging-off of the campaign train of Prof. Chukwuma Soludo and this is the first time she is absent at an open event of the party. While reacting to the situation, Bianca Ojukwu clearly stated that she was absent at the campaign because she will not tolerate any form of disrespect towards her late husband because of the way Governor Obiano had stated in the past that the fate and fortunes of APGA will not be tied to Late Ojukwu her husband. She also pointed out how Governor Obiano and the APGA leadership removed the pictures of her late husband from the outfit worn to the campaign.

After going through the report by Vanguard Newspaper, I think that it is wise that there should be a resolution to this whole internal dispute lingering in the party. I think that Governor Obiano and the leadership of APGA need to understand that this could lead to a poor show of support for the party because many loyalists still see Late Chukwuemeka Ojukwu as the spiritual leader of the party. Hence, if this dispute is not settled properly with his wife, these loyalists and supporters will have no option but to support another party or become indifferent to the affairs of the party ahead of the election. 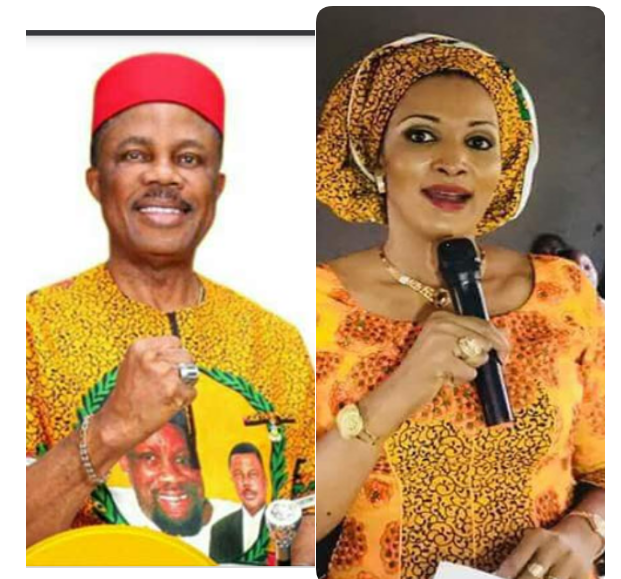 Furthermore, It is good to observe that the report by Vanguard also stated that some supporters of the party wore the old uniform that has the picture of Ojukwu to the campaign flag-off at Awka the state capital. This portrays the fact that Late Ojukwu is still recognized within the party by many supporters of the party. Conclusively, this is not a wise time for such an internal crisis to come up because every resource of the party both human and material are very important for the success of the party at the November 6th gubernatorial election.

What do you think? Drop your comments and join the conversation.