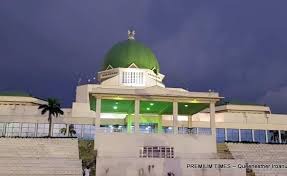 Democracy Is Just Another Tool

Over the centuries, democracy has transitioned from being an overt expression of compromise by dictators faced with insurrection, to a covert denial of freedom by elected officials. Yet in the course of this political evolution, those who achieve power have not changed their philosophy of subjugation; rather, their methods have adapted to the demands of the populace. Our desire for freedom is immutable, but our ever-increasing unwillingness to go without it has precipitated a new approach from those with the power to dispense it.

1) In a democracy, people are given as much freedom as is needed for the majority to believe they are free. Democracies therefore manipulate belief before manipulating freedom. Dictatorships manipulate freedom before belief.

A society will reach a threshold at which discontent is sufficiently stifled and hardships are endured with acceptance. However, this depends on what people are willing to accept. For example, if one democracy is able to convince people they don't need public healthcare, another democracy may encounter too much opposition for the same policy. This tells us that the definition of freedom is dependent on malleable cultural beliefs about what it means to be free. It could be said that the countries proclaiming loudest to be beacons of freedom in order to coax their populations into agreement are often furthest from their estimations.

2) Dictatorships endure when the majority don’t need democracy to satisfy their need for freedom. It follows that when the desire to fight for democracy in great enough numbers to achieve it is absent, any foreign intervention to install it will be rejected. To know the value of democracy, you have to have fought for it.

Centuries ago, Western societies revolted and won the right to have democracies. However, what would have happened if those revolutions had been preempted by a foreign power that intervened `for our own good' to install it for us? Would a collective desire for democracy have formed at all? How precious is democracy when it's handed to you on a plate? if people believe in democracy, they'll fight for it.

The public's lack of understanding about the above is of key importance to democratic leaders who seek to extend their power into countries whose resources they covet. Whether in Iraq, Libya, or Afghanistan, the flag of democracy flies from the barrel of a gun. Modern society calls it regime change and claims it's for their own good, but in real terms it's a mendacious moral crusade to achieve political and economic hegemony over a nation state by the removal of an ideological opponent.

The Inevitability of Corrupt Politicians

Simply by entering an election, politicians must believe they deserve power. Such self-apotheosis can only come with a proclivity for distorting the will of the people to what one personally believes is right.

The media is an effective tool for forcing the will of the people to conform with the will of politicians. Propaganda campaigns, cunningly referred to as spin to dispel any comparison with the Third Reich, are undertaken to promote or legitimize potentially immoral policy. In this regard, democracies share the fascist ideal; forcing conformity through exaggeration, untruth, and the selection and elevation of particular news stories to exceptional levels of public consumption. A democracy differs from a dictatorship only in that it must enter the fray at an earlier stage, gauge public opinion throughout the campaign, and abort plans if the masses remain unconvinced. 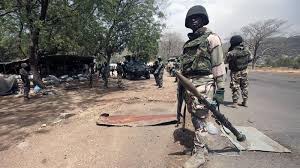 The endorsement of immorality by all political parties on matters of war, assassination, oil usage, bank deregulation, wealth inequality, class divide, drug illegality, and a lack of political reform is, in the face of such authoritative agreement, generally accepted by the public. Instead, the charade of democracy is kept alive by having overblown disagreements on trivial matters that have no effect on the status quo. For this reason, moral stands are rarely made, with disagreements more often coming in the form of statistics, where angry exchanges could just as easily imply displeasure at not doing something properly rather than doing it at all.

5) A democracy will become a dictatorship when the political parties become so alike that their minor differences, on matters of little consequence, give the impression of democracy while implying the collective acceptance of injustice.

The death of credible democracy follows a decline in the number of mainstream political parties. This occurs as a direct result of the aforementioned trivial disagreements that, when highly publicized, co-opt our tribal nature, and funnel us into the partisan dichotomy that is necessary for two party politics. In such a system, any acceptance of injustice by the two parties will appear to be more credible than if, say, five parties all reached the same conclusion.

To perpetuate the illusion of democracy, the two parties adopt primary colors and logos to better dissociate themselves from each other. Yet, without such defining characteristics, could they really be separated? The politicians that make up the two parties come from the same prestigious schools, which accept the same upper-middle class cross-section of the population. They're all silver-haired, aging men, whose rare forays into the lower classes constitute once attending a union rally, or talking about football with the mail-man. They look the same, talk the same, and they all represent the same people.

6) Every political party gravitates towards satisfying the partition of the populace that best ensures its victory. The demographics of politicians closely match the partition they represent.

When there are two political parties with near-identical, non-representative agendas, is this better than a dictator who sympathizes with his people and does his best to satisfy their wishes? In which system is your voice heard?

7) Democracy is a word that defines a political system. It has no bearing on whether that system enslaves or represents you. There is no clear divide between democracy and dictatorship that has any bearing on the freedom of the people.

Democracy does not beget freedom. Having the vote is meaningless in a democracy bereft of choice. The association of democracy with freedom is a view promoted by governments to garner public support for regime change in countries run by dictators in ideological opposition.

8) One vote of significance every four years for one of a few carefully selected millionaire candidates who embody a carefully selected range of opinions, and who go on to wield power like a dictatorship for the next four years until they begrudgingly allow us to vote again, doesn't make us a democracy. 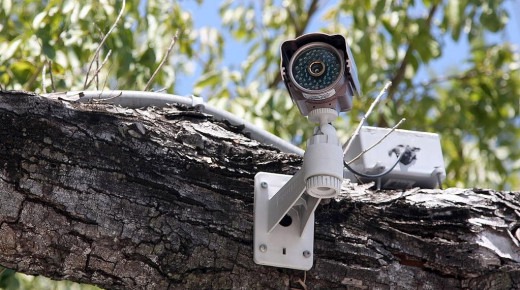 Does having a democracy make you any more free?

Perhaps it will end in revolution. Perhaps revolution is no longer possible. Unless the public recognizes a need for greater freedoms, they will not fight for them. Even so, revolutions don’t change the world; they only reset the clock.

9) Any society winning a lighter pair of shackles through revolution will find them getting heavier with time.

The political spectrum is a cacophony of dogma and absolutism. If we veer to the socialist left, we disregard natural law by taking resources from those who're strong enough to acquire them. If we veer to the capitalist right, we widen class divides and destroy the untapped potential of the majority.

Why are we given this choice between denying or magnifying our instinctual greed? Presumably, as each is tangential to the growth of our civilization, each can be corrupted into producing an unequal or unfair society. So, whether it's the left wing or the right wing, too much from either will probably see the bird spiral into the sea.

10) What are the left and right in politics other than two recipes for subjugation? If you only choose to see the corruption in one, you're a victim of your pride in the other.

In recent decades, political parties have claimed to be moderate versions of these extremes in order to extract representative legitimacy. Such `centrist parties' embody the worst of both extremes. They allow unchecked capitalism to co-exist with welfare handouts, and they sit back as the `right' and `left' fight over how much of each is needed. An illusion of democracy is created that, regardless of choice, preserves the power of the few. 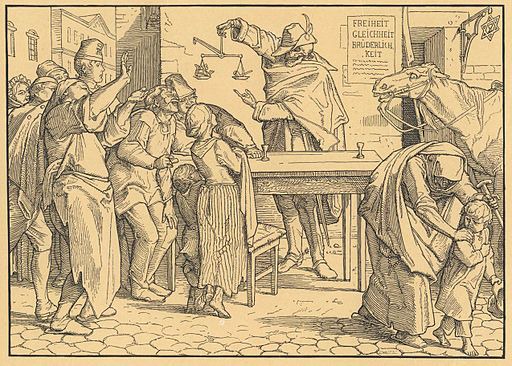 It doesn't matter what you choose when your democracy is in its death throes.

For many people, democracy means elections. Unfortunately, the existence of elections does not imply a government responsive to people. The winner is often the one most skilled in electioneering, not in leadership.

In my mind, promoting apathy in the general population is the most effective way of controlling a population in a modern, economically developed society. If the majority of the people are kept content and distracted by various diversions, then they won't care enough about politics to take any serious measures to change much of anything. This doesn't work as well in Nigeria and other Africa countries entirely, where they tend to throw away most illusions of democracy and control people by brute force.

There are problems associated with democracy. Democracy works only in those settings where political-maturity exists. If we look around there are many dictators who consolidated their reigns through democratic means.

So, what is the best alternate?

With age comes wisdom; with wisdom comes inquietude. With each passing year the activities of politicians reveal darker degrees of deception and corruption. This work has presented ten problems with democracy, and with politics in general.

The story of democracy is the tale of how powerful men shrouded their march for control beneath a veil of false promises and semantic distortion. Why subjugate the masses when you can convince them they have a choice? The only true democracy comes with the absence of politicians. Direct democracy (e.g. via referendums) is needed, but for such a system to work, the media must first provide people with the truth.