By linknaija (self media writer) | 9 months ago

The Peace, Reconciliation, and Outreach Committee of the All Progressives Grand Alliance (APGA) conducted a closed-door meeting with Bianca Ojukwu on Saturday in Enugu. 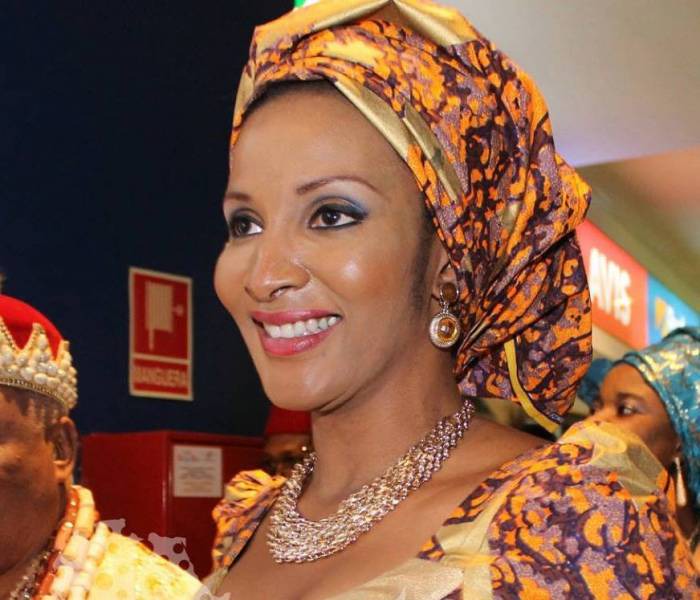 Mrs. Ojukwu is the late party's national head, Chukwuemeka Ojukwu's wife. She has also served as the Nigerian Ambassador to Spain in the past.

The group was led by Victor Umeh, a former chairman of the party, and included the Speaker of the Anambra State House of Assembly, Victor Okafor.

Mr Umeh told reporters following the meeting, which lasted more than four hours, said the purpose of the visit was for the party to reconcile with the late leader's wife.

In order to successfully address the multiple tasks ahead, he said it had become vital to unite members of the party in Anambra together as one family.

“APGA has been operating with a missing rib for quite some time now. From the time her late husband was the party's leader, Bianca has contributed to the party's success,” he said.

The former national chairman of the party stated that it was critical to bring all members on board and to forget the past, particularly in light of the upcoming gubernatorial election in Anambra on November 6.

Mr Umeh believes that as a political organization, the party will face obstacles.

“However, the most essential thing is that the ideas for which this party was founded must be safeguarded, regardless of who is interested in it.

“This visit marks a watershed moment in this party's path to the gubernatorial election. We are satisfied that she has listened to our prayers and requests as a mother in this party.

“She should devote herself entirely to achieving success for APGA in order to strengthen the party's grip on the state and guarantee that the legacy bequeathed for us is preserved,” he said.

According to the former senator, the APGA was the people's hope in every political situation.

“As we embark on this trip, we are inviting the spirit of Chief Chukwuemeka Ojukwu, as well as his fatherly advice and blessings,” he stated.

Mr. Umeh predicted that the party will grow stronger as a result of its current difficulties.

Mrs Ojukwu said it was unfortunate that the party had found itself in such a precarious situation that could have been avoided.

The former diplomat expressed sadness that past attempts to appease the party's disgruntled members had failed.

“To date, the governor has established at least two such committees to address the issues of a large number of APGA members who are disgruntled with the party.

“Recommendations were made by the first and second reconciliation committees, but they were never implemented,” she said.

She did, however, promise to put the past behind her and contribute to the party's success.

“I am looking forward to putting the party's dark history and the horrible experiences that so many of its members have experienced and continue to endure behind me.

“We are all looking forward to moving on into a future free of the baggage of the past.

Mrs Ojukwu stated, "We think that on November 6, we will have a new governor in Anambra within the APGA, and we will put behind us this very sad chapter in our party's history."

According to news reports, the former ambassador lost the APGA Anambra South Senatorial ticket in 2019 in a contentious situation that caused split within the party.