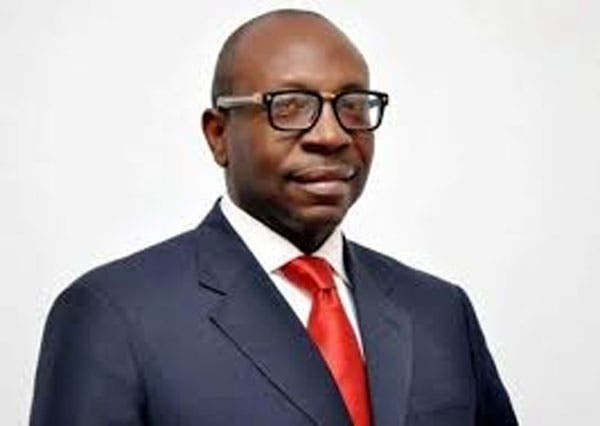 A new twist has emerged in the race towards the Edo 2020 governorship election as Don Pedro Obaseki, a cousin to Governor Godwin Obaseki, has accused the governorship candidate of the All Progressives Congress, APC, Pastor Osagie Ize-Iyamu's of parading a stolen work of his as his manifesto.

Dr. Pedro Obaseki, who is the Convenner of the Midwest Movement, has alleged that Osagie Ize-Iyamu, is running with a stolen campaign manifesto, the SIMPLE Agenda, which he claimed belongs to him.

Pedro Obaseki noted that the SIMPLE Agenda was first publicly unveiled by him in August 2015 during a live programme on BENTV the United Kingdom, UK.

He added that he presented his six-pronged campaign manifesto as an aspirant for the Edo governorship election in 2016.

Don Pedro said, “It has come to my notice that people have been advertising their governorship campaign manifesto to be the SIMPLE Agenda, which is a direct lifting of my ideas I shared publicly during my governorship bid in 2015. He said that the Simple Agenda being paraded by Ize-Iyamu and his followers is his intellectual property meant for Edo Youths.

“My SIMPLE idea stands for Security and Social Welfare; Infrastructure Development and Urban Renewal; Manpower Development and Training; Public-Private Partnership; Leadership by Example and Employment for the Youths in Edo stat. This is the same as what Pastor Osagie Ize-Iyamu and his supporters are parading about online today.

Don Pedro however, said he has put modalities in place to retrieve his intellectual copy right.

“So, I hereby state categorically that I would be commencing processes to retrieve my Intellectual Property, as it is clear to everybody that the idea did not originate from those who are parading it everywhere today.”