By Garbxtpen (self media writer) | 1 month ago 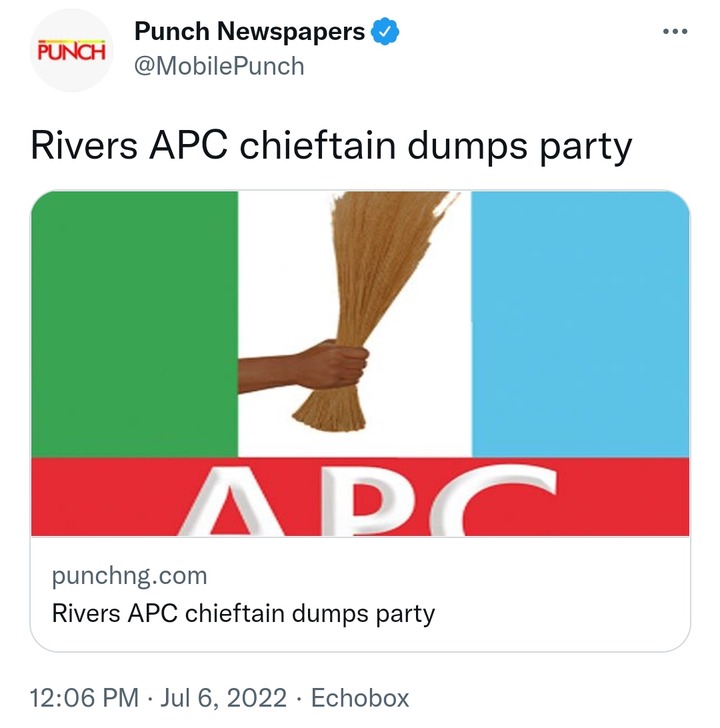 An ally of Senator Magnus Abe and factional chairman of the All Progressives Congress in Rivers State, Hon. Golden Chioma, has resigned from the party.

Chioma, a former member of the state House of Assembly, announced his resignation to newsmen in Port Harcourt.

Hon. Chioma, who had yet to disclose his next political destination, said he could not remain in a party where “one man employs the governor for the benefit of one man.”

He was making a veiled reference to the former Minister of Transportation, Rotimi Amaechi, who is the leader of the APC in Rivers State. 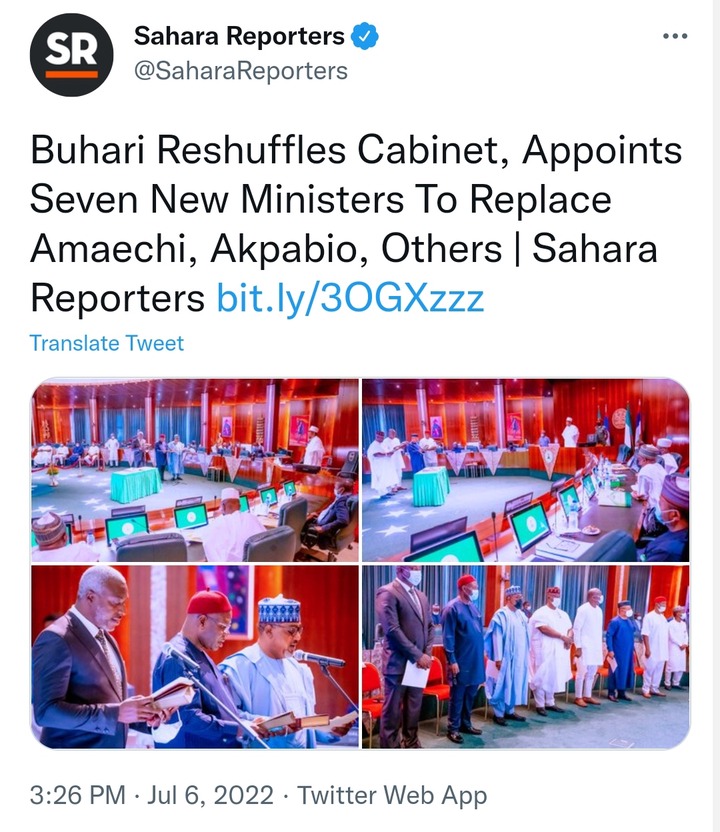 President Muhammadu Buhari has sworn-in seven new Ministers, who now replace former ones that resigned their appointments in May to contest for various political offices.

The swearing-in ceremony took place on Wednesday at the Council chambers of the Presidential Villa, Abuja.

The new Ministers were recently screened and confirmed by the Senate, sequel to their nomination by President Buhari, in line with constitutional provisions.

Their nomination followed the vacuum created by the resignation of some former Ministers like Rotimi Amaechi, Uche Oga, Godswill Akpabio and Ogbonnaya Onu among others, who resigned to pursue various political ambitions. 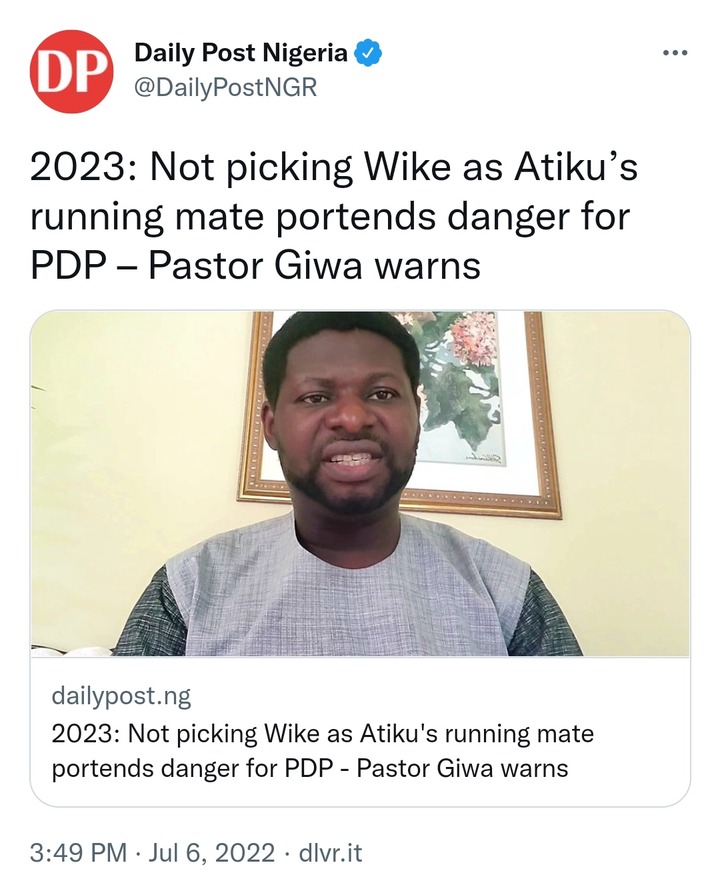 A popular Nigerian cleric, Pastor Adewale Giwa, has said for the Peoples Democratic Party, PDP, and its presidential candidate, Atiku Abubakar to win the forthcoming general election, the stance on the Governor of Rivers State must be reconsidered.

Giwa who is the Senior Pastor of the Awaiting the Second Coming of Jesus Christ Ministry, Akure, Ondo State, warned that shoving Wike who emerged second during the primary of the party aside portends danger for the party in the 2023 poll.

Pastor Giwa said if Wike had become the running mate to Atiku, the election would be an easy ride for PDP, stressing that it was never too late for the party and its candidate to reconsider the move.

While emphasising that Wike has paid his dues enormously to the party, Giwa said Atiku’s running mate, Ifeanyi Okowa is not in the same political status as Wike.

He added that the political career of Atiku lies with Wike which could mar his ambition if not properly handled. 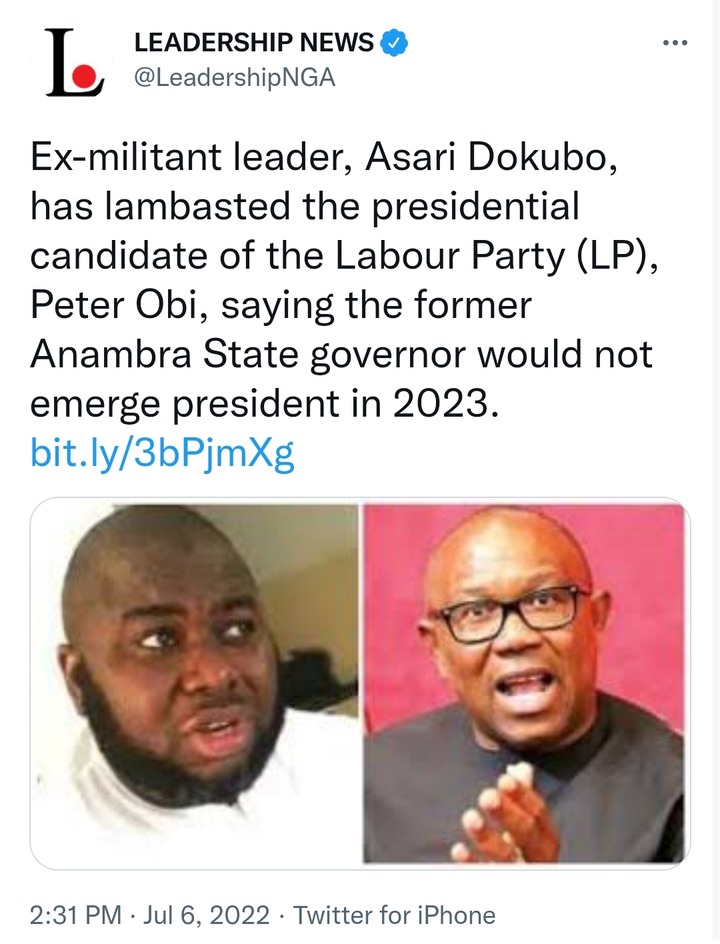 He challenged Obi to show his track record in changing the fortunes of Anambra State in terms of infrastructural development as governor, rather than claiming he saved money.

He stated that Obi invested the state’s money in his personal businesses while claiming he saved the money in the bank.

Dokubo also said Peter Obi is a scammer and liar, adding he did not hold local government elections for seven years in Anambra.