Group wants Tinubu to run for 2023 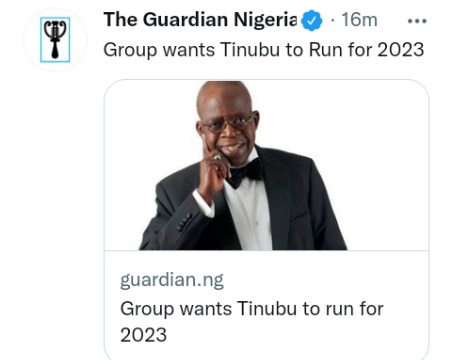 The Tinubu Support Organisation (TSO), yesterday, insisted that they would not relent in persuading the National Leader of the All Progressives Congress (APC), Asiwaju Bola Tinubu, to run for the office of president during the 2023 election.

The group, during a prayer session in Lagos to appreciate God for his quick recovery and return to the country alive, said God has shamed the prophets of doom, who wished Tinubu dead.

During the programme, which had in attendance political leaders, Christian and Muslim religious groups, and well-wishers, TSO’s Lagos State Coordinator, Akinduro Ibesanmi said: “We thank God for His protection over our leader, Tinubu, who went abroad for medical check-up and returned to the country safely. We thank God that the enemy’s plan did not come to pass. 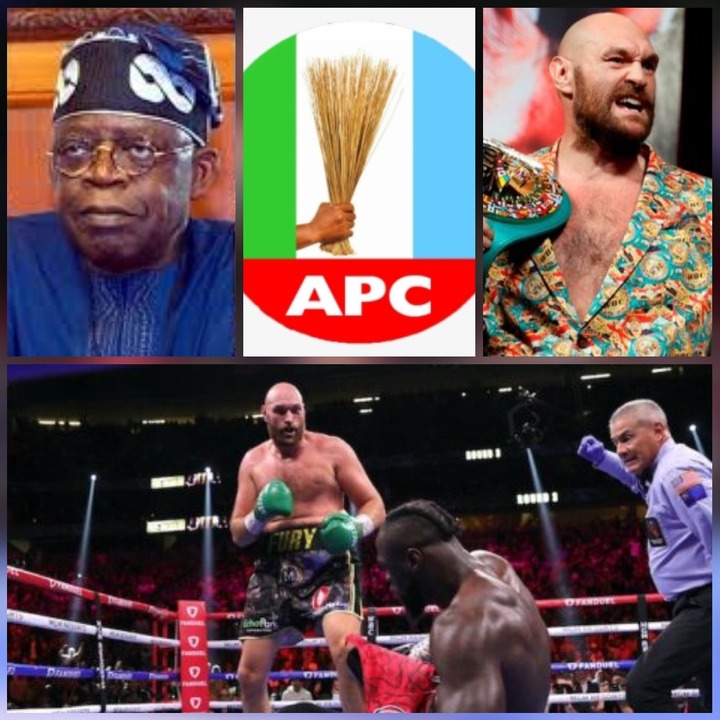 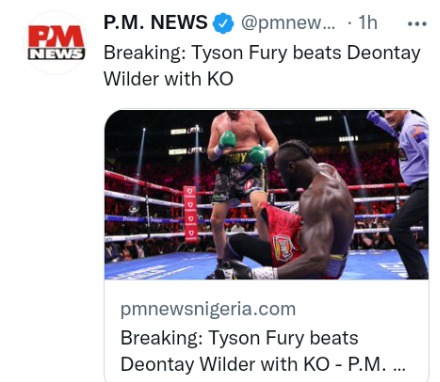 Tyson Fury has beaten Deontay Wilder in Las Vegas, with a devastating knockout, bringing the curtain on their trilogy fight.

the trilogy fight, Fury knocked Wilder down in the third round.

The American responded in the fourth, sending the Briton to the canvas twice thanks to his powerful right hand.

But ‘The Gypsy King’ rose to his feet to claim the victory, finishing his exhausted opponent in the 11th. 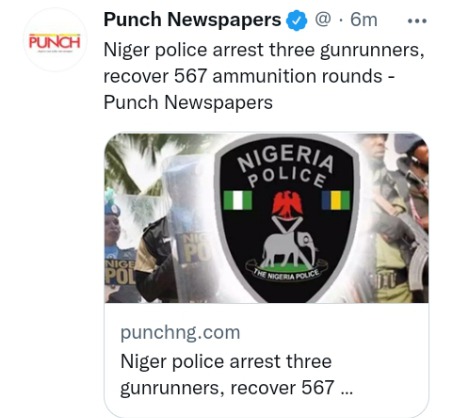 The Niger State Police Command has arrested three suspected gunrunners and recovered 567 rounds of ammunition from them.

The Commissioner of Police in the state, Monday Kuryas, who paraded the suspects, said they were arrested by his men during a routine patrol along the Makera-Mokwa Road.

The suspects were identified as Nura Umar, 30, Muhammadu Bello, 32 and Habib Sanni, 25.

The police commissioner said, “The two suspects refused to stop for the routine check, making the police team to chase them to Sabon Makera village where they abandoned their vehicles and fled but were arrested with the help of community members.

Eagles in Make or Mar clash with CAR's Wild Beasts 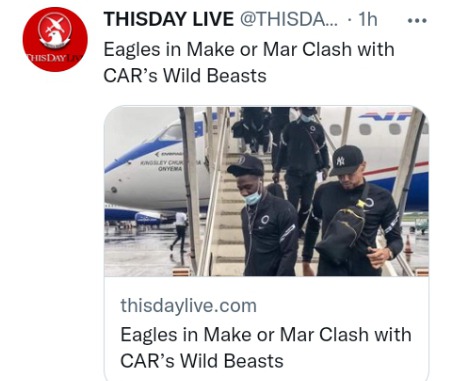 As Super Eagles file out against the Wild Beasts of Central African Republic (CAR) in Douala, Cameroon this afternoon, nothing short of an outright victory will return Nigeria’s hope of qualifying for the knockout phase of the 2022 World Cup in Qatar on course.

After the CAR inflicted an embarrassing first home defeat in 40 years in a World Cup qualifying match on Nigeria last Thursday and narrowed Eagles lead to just two points at the top of Group C, both today’s hosts and Cape Verde have the chance of upstaging the three-time African champions to drop to number three on the log. 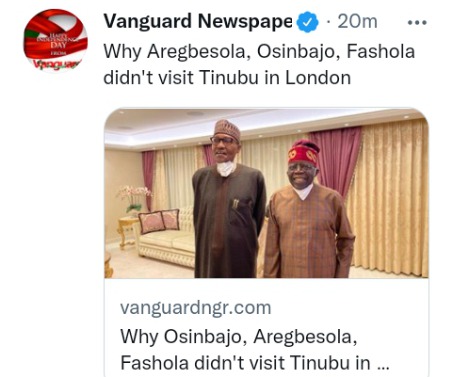 The reason Vice President, Yemi Osinbajo; Minister of Interior, Ogbeni Rauf Aregbesola; Minister of Works, Babatunde Raji Fashola; and others serving under Buhari could not visit the National Leader of the All Progressives Congress, APC, Asiwaju Bola Tinubu in London, where he went for medical treatment has been revealed.

Findings revealed that the presidential protocol barred any of the cabinet members to pay Tinubu a visit since President Buhari had gone to visit him.