By Salen_Kennie (self media writer) | 1 year ago

Sunday Adeniyi Adeyemo, popularly known as Sunday Igboho is a business man, human rights activist, politician and philanthropist. He recently released a trending video lambasting the Ooni of Ife, Adeyeye Ogunwusi Ojaja II, when he visited the President, Major General Muhammadu Buhari to discuss the herdsmen crisis in the South-West region. He claimed that the Ooni dissapointed the Yoruba people but later came out to apologise for such statement. Sunday Igboho released another video via social media claiming that such situation infuriated making him unable to control his tongue at that moment. 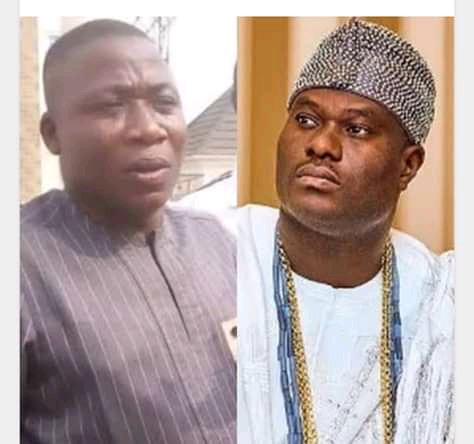 However, the Ooni of Ife has now openly forgiven Sunday Igboho and said he's still behind him in his drive to send the Fulani herdsmen away from Yoruba land.

This was released by The media aide to the Ooni of Ife, Moses Olafare, on Thursday who claim that Sunday Igboho has apologized and Baba has forgiven him wholeheartedly and is also solely behind him.

Olufare says "As the father of all, the Arole Oduduwa Olofin Adimula remains his father who had even identified with him in the past two weeks he had begun with the struggle and he is still solidly behind him for the liberation of the Yorubas from criminal herdsmen who have adamantly terrorised our land. Just that he must watch his back so that people with ulterior motives will not hijack his movement."

Content created and supplied by: Salen_Kennie (via Opera News )