By Biggi4Pen (self media writer) | 3 months ago

General Muhammadu Buhari, President of the Federal Republic of Nigeria, just returned from the United States of America, where he attended the United Nations General Assembly's 76th Session in New York. 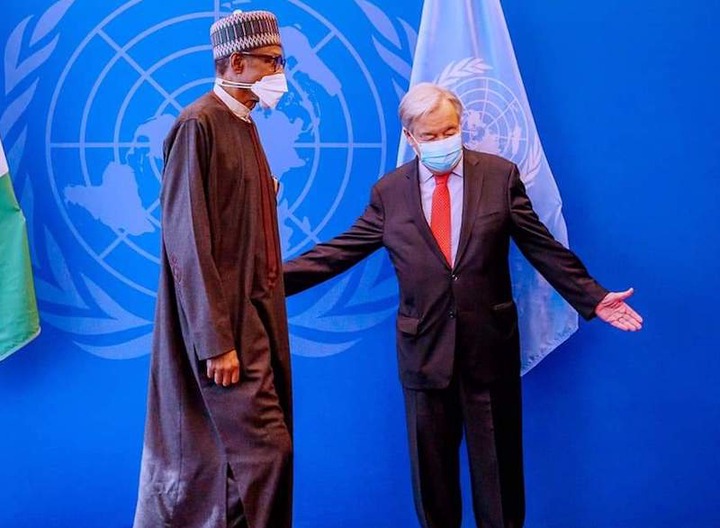 General Muhammadu Buhari was in attendance, as were many world presidents from various countries. Following his remarks, UN Secretary-General Antonio Guterres praised him for his persistent efforts to improve Nigeria and West Africa as a whole.

However, Antonio has stated that much work remains to be done in the West African region, citing internally displaced people, the removal of democratic leaders by armies, and instability as examples. President Muhammadu Buhari has been ordered by the Secretary-General to step up efforts to restore the socio-political order that has been challenged in several African countries.

Antonio Guterres, in his words, emphasizes democratic countries that harkened back to the days of military control. He also stated that the insecurity that has ravaged Africa is a huge issue that has forced many residents to flee their homes. He added that the aforementioned will continue to have an impact on Africa's economy until a long-term solution is found. As a result, he urged President Buhari to collaborate with other African countries to combat the aforementioned threats.

Content created and supplied by: Biggi4Pen (via Opera News )