By Livenow (self media writer) | 26 days ago

President Muhammadu Buhari has restated his commitment to the unity of the country. 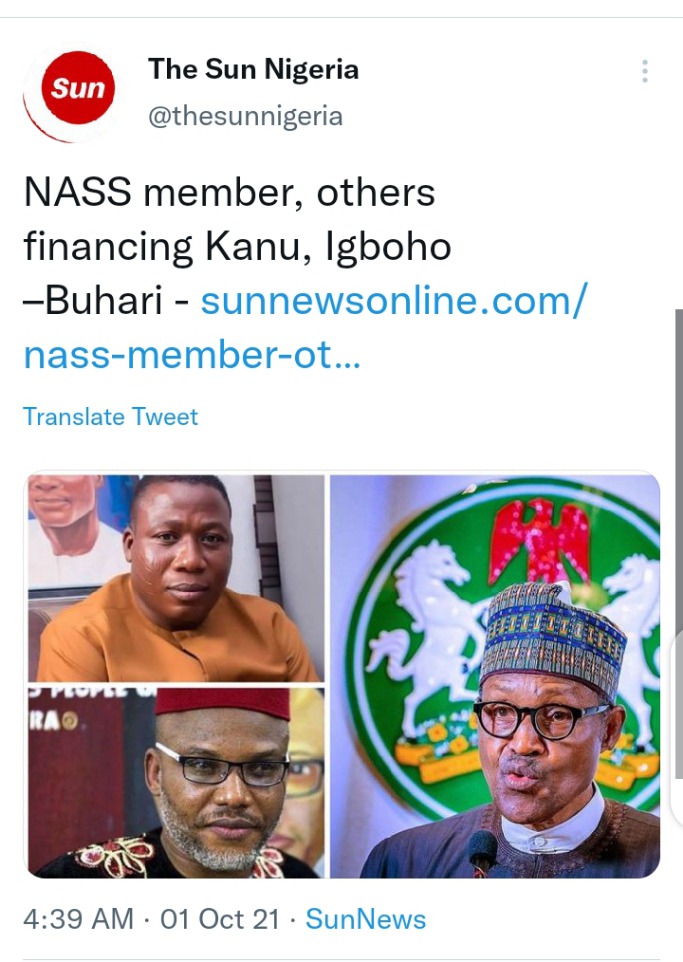 In his nationwide broadcast early this morning to mark Nigeria’s 61st independent anniversary, he said the resolve for a peaceful, united and one Nigeria remains resolute and unwavering warning that his “government was ready to arrest and prosecute all persons inciting violence through words or action.”

He also stated that ongoing investigations into separatist agitators Nnamdi Kalu and Sunday Adeyemo (Igboho), who were recently arrested, have revealed that a member of the National Assembly was one of their financiers. 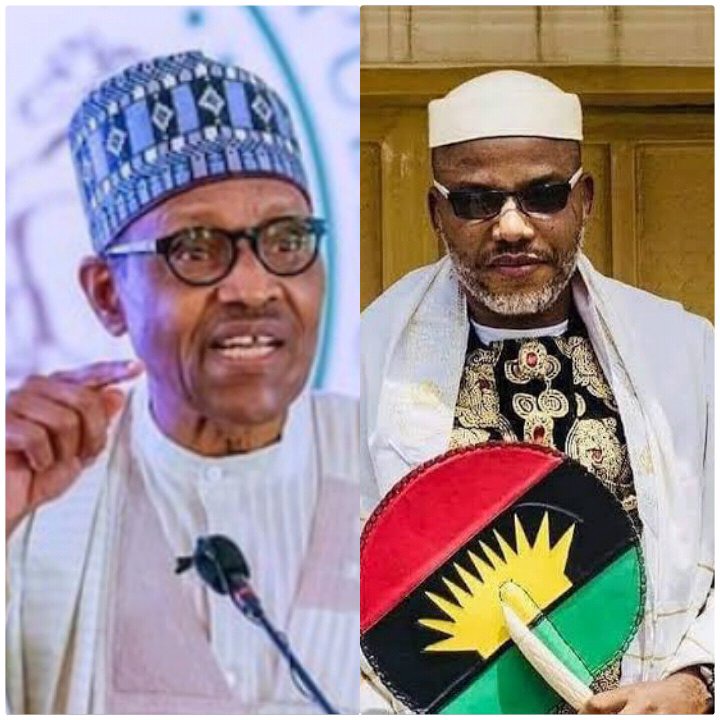 A group, Middle Belt Youths Forum on Unity and Democracy, has backed the Northern Governors Forum (NGF) on Value Added Tax (VAT) and rotation of the presidency. 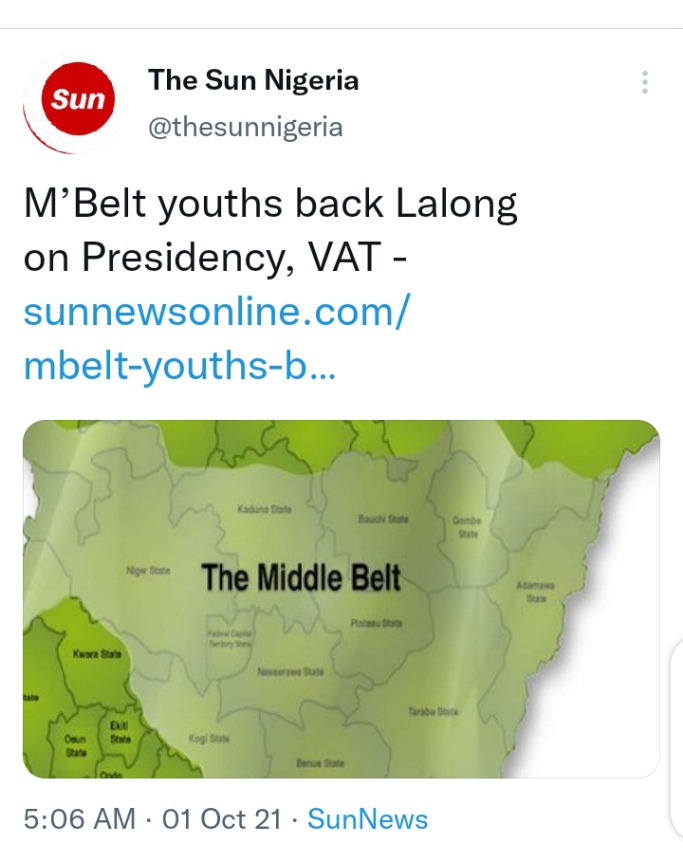 Maiwa'azi also urged Lalong to continue promoting and projecting the region as one indivisible, united, and formidable front, as well as to project the tenets of the constitution for the advancement of democracy. 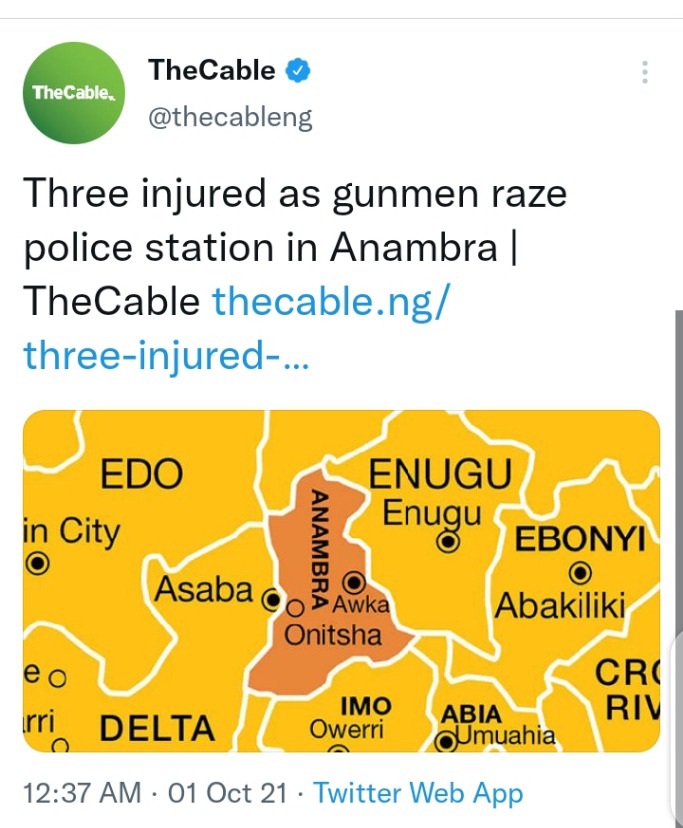 According to the command's spokesperson, Ikenga Tochukwu, the gunmen were engaged by police who attempted to repel the attack.

“The CP noted that today, September 30th, 2021, some yet-to-be-identified heavily-armed men stormed the Ajali Divisional Headquarters of the State and fired sporadically at police personnel on duty,” according to the statement.

Islamic Cleric, Sheikh Ahmed Gumi, has said Fulani herdsmen were mere victims of injustice pervading the society, saying that arms and drugs dealers took advantage to lured them into banditry, terrorising the North-West zone of the country. 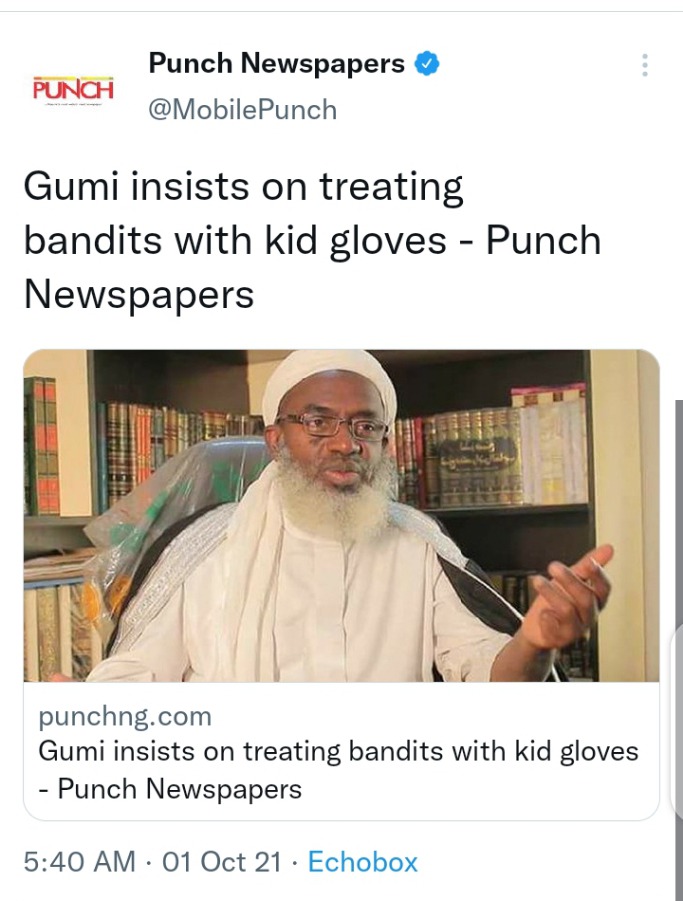 Gumi stated that the killings and kidnappings by bandits could only be stopped by reclaiming the Fulani herdsmen from the evil arms and drug dealers, rather than the government's "kill them all" approach.

On Thursday, the controversial cleric spoke at a peace conference organized by the Centre for the Advancement of Human Dignity and Value in Kaduna.