"Why Are Whistle blowers Being Prosecuted In Nigeria?"- Aisha Yesufu Reacts To A Video

By #NewsUpdate (self meida writer) | 1 months

Aisha Yesufu who is a Nigerian sociopolitical activist, and co-convener of the Bring Back Our Girls Movement, has taken to her official Twitter page to react to a video of a man who was seriously injured after his revelation on the abduction and the ransom paid, and the racket ongoing in Katsina state. 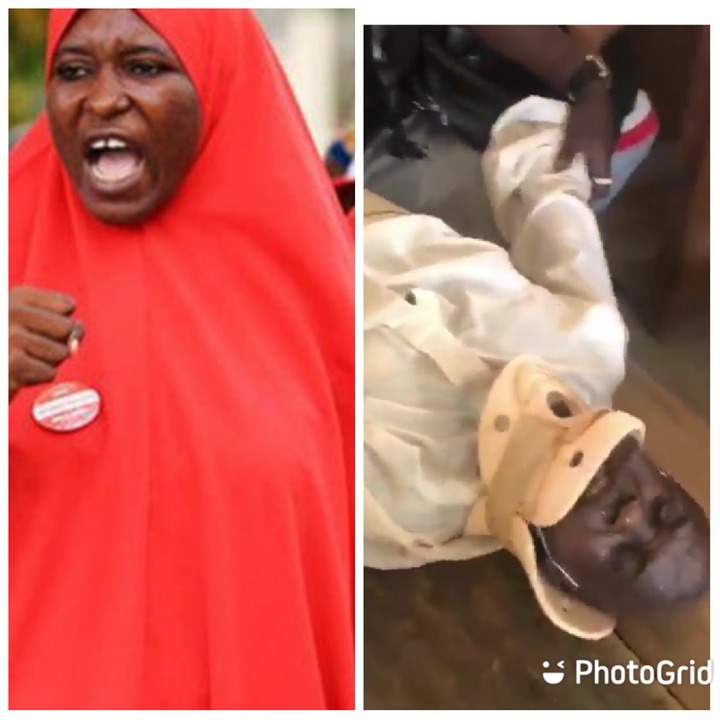 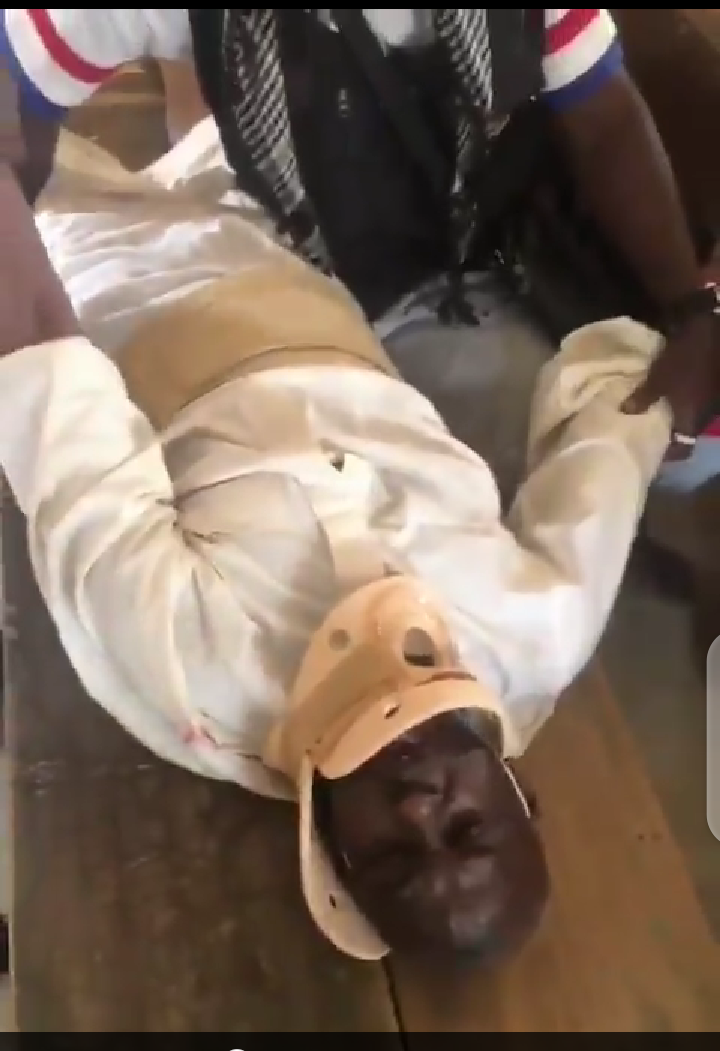 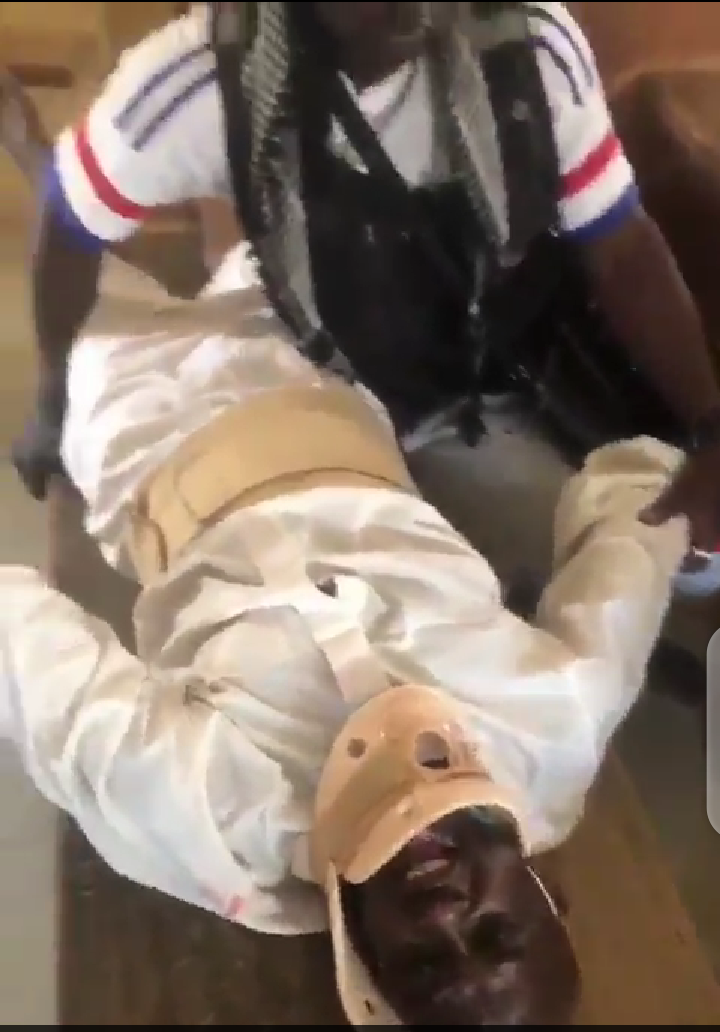 "Why are whistle blowers being prosecuted in Nigeria? Mahadi Shehu is being dehumanized because of his revelation on the abduction and the ransom paid, and the rackets ongoing in Katsina state. Governor Masari, what are you afraid of?". 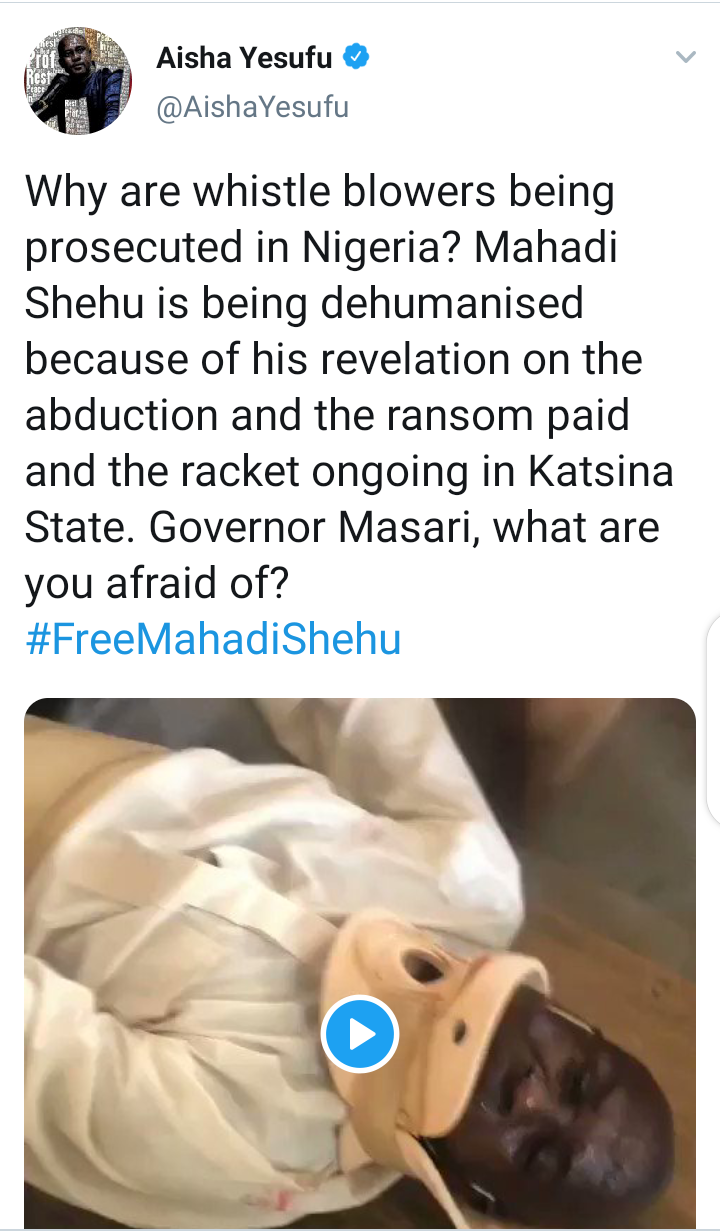 "Small power and little men turn themselves to oppressors. Governor Masari is now feeling like a local champion with state persecuting someone who blew the whistle. Instead Of investigating the accusations the state has leveled against the man. Rule of law matters". 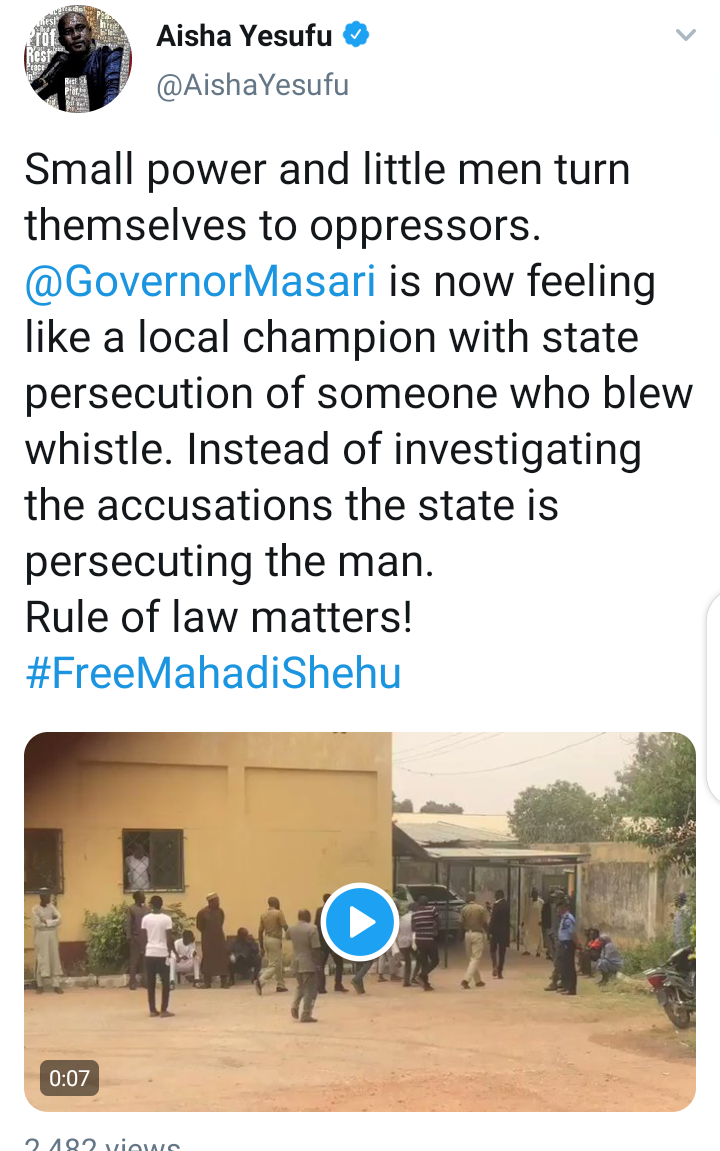 However, a Twitter user identified as "Manasseh Allen" has taken to his Twitter page to throw more light on the issue.

According to him, he said:

"He can not do anythingthing to bandits, but visiting them and chickening before them like soaked fowl, but could gather touts to harass. They didn't call him to court, and he refused to go, why this barbaric behavior. Sadly, even those carrying out this act are also victim of the nonsense rule in Katsina, whether Governor Masari likes it or not, people must demand for accountability from him and his government". 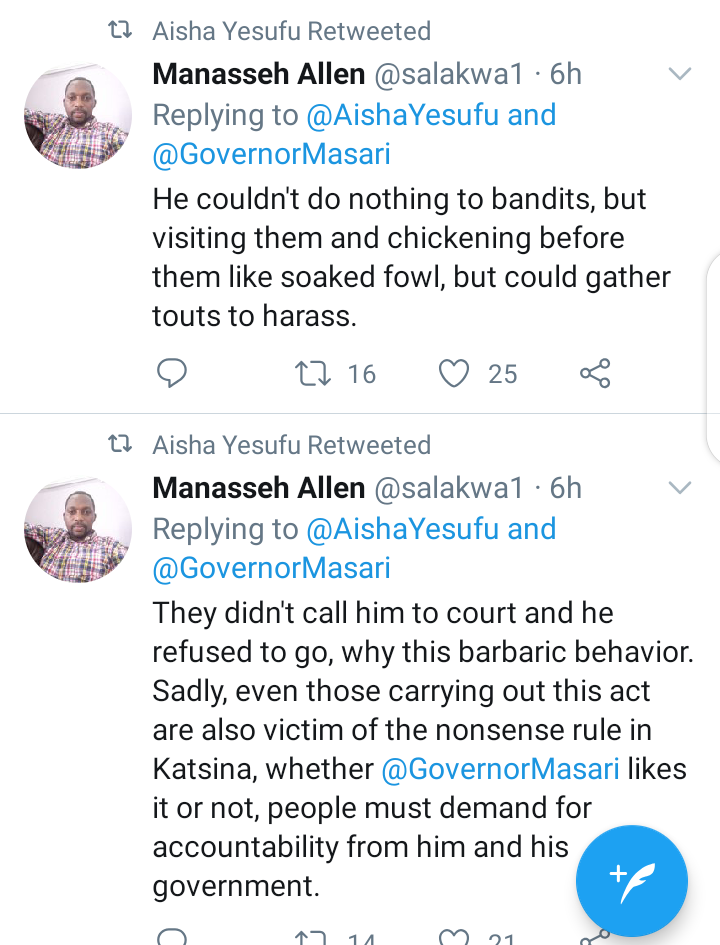