We Will Fight Corruption With Rule Of Law- Bawa 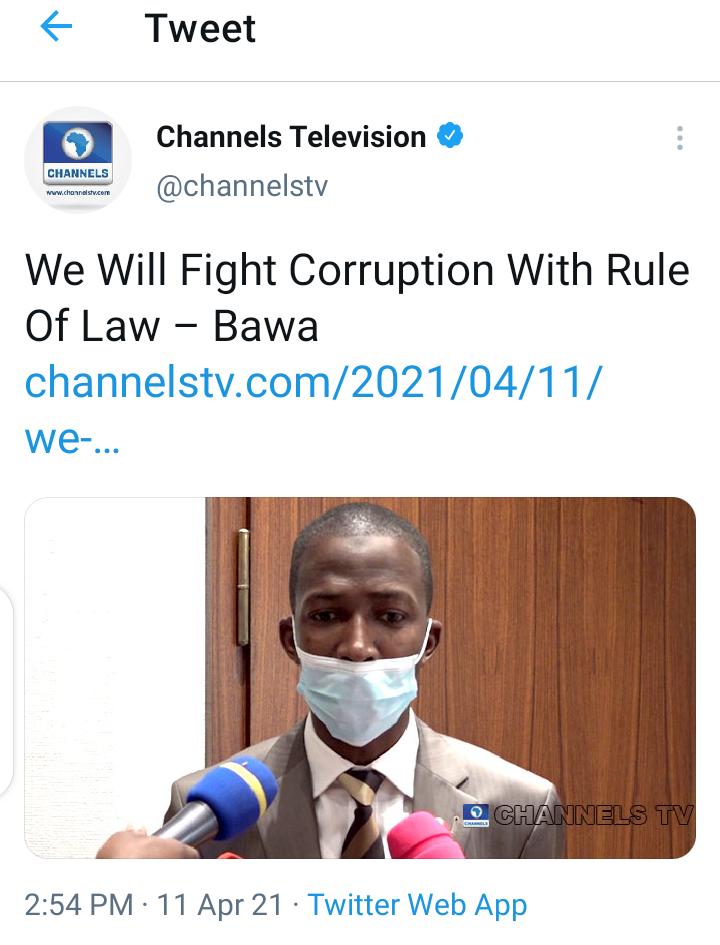 Chairman of the Economic and Financial Crimes Commission (EFCC), Abdulrasheed Bawa, has reiterated the commission’s commitment to fighting corruption within the ambits of the law.

Speaking in Kano during his maiden visit to the Zonal Office of the EFCC, Bawa said what distinguished the anti-graft agency at inception was strict adherence to the rule of law.

“There were no new laws that other law enforcement agencies were not empowered to enforce; the only thing that made EFCC unique, is adherence to the rule of law,” he said on Saturday. 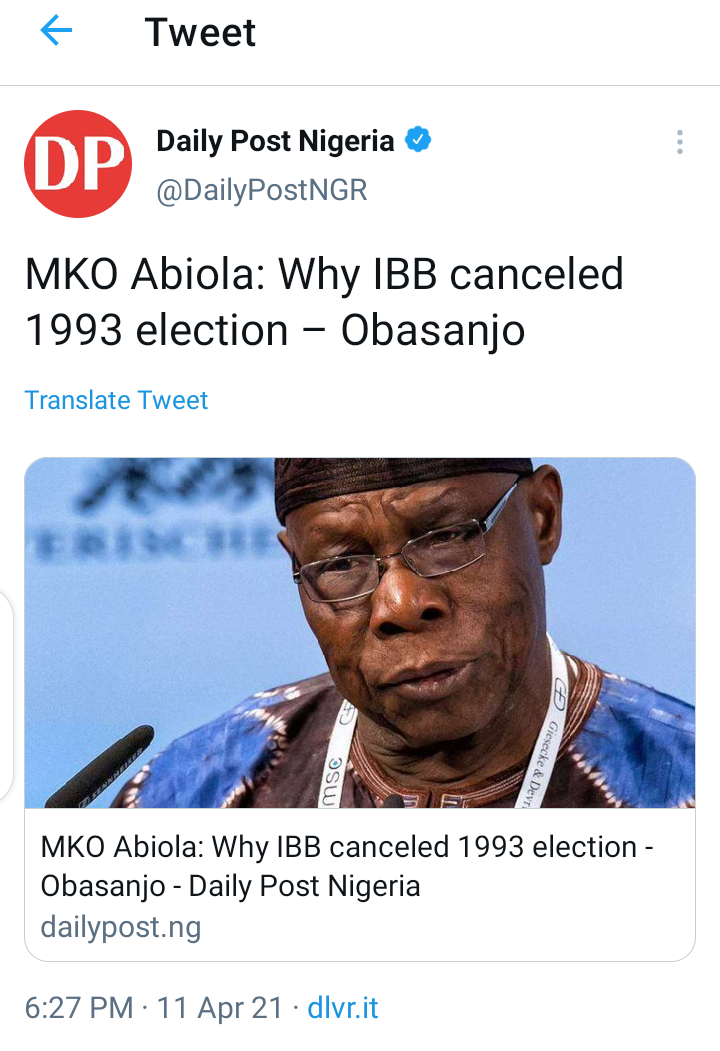 ‘Bad belle’, Nigerian slang, is synonymous with jealousy. It is used to express the resentment of a person(s) towards a thing or individual(s).

Obasanjo insinuated this on Sunday in Abeokuta, the Ogun capital, after his investiture as a trustee of the Abeokuta Club. Muslims have been urged by the Sultan of Sokoto, Alhaji Sa’ad Abubakar III to look out for the crescent (moon) of Ramadan 1442AH from Monday.

The statement by the Chairman, Advisory Committee on Religious Affairs, Sultanate Council, Sokoto, Professor Sambo Junaidu urged anyone who sights the moon to report such to the nearest District or Village Head for onward communication to the Sultan.

The statement also released phone numbers that can be used to report the sighting of the moon. 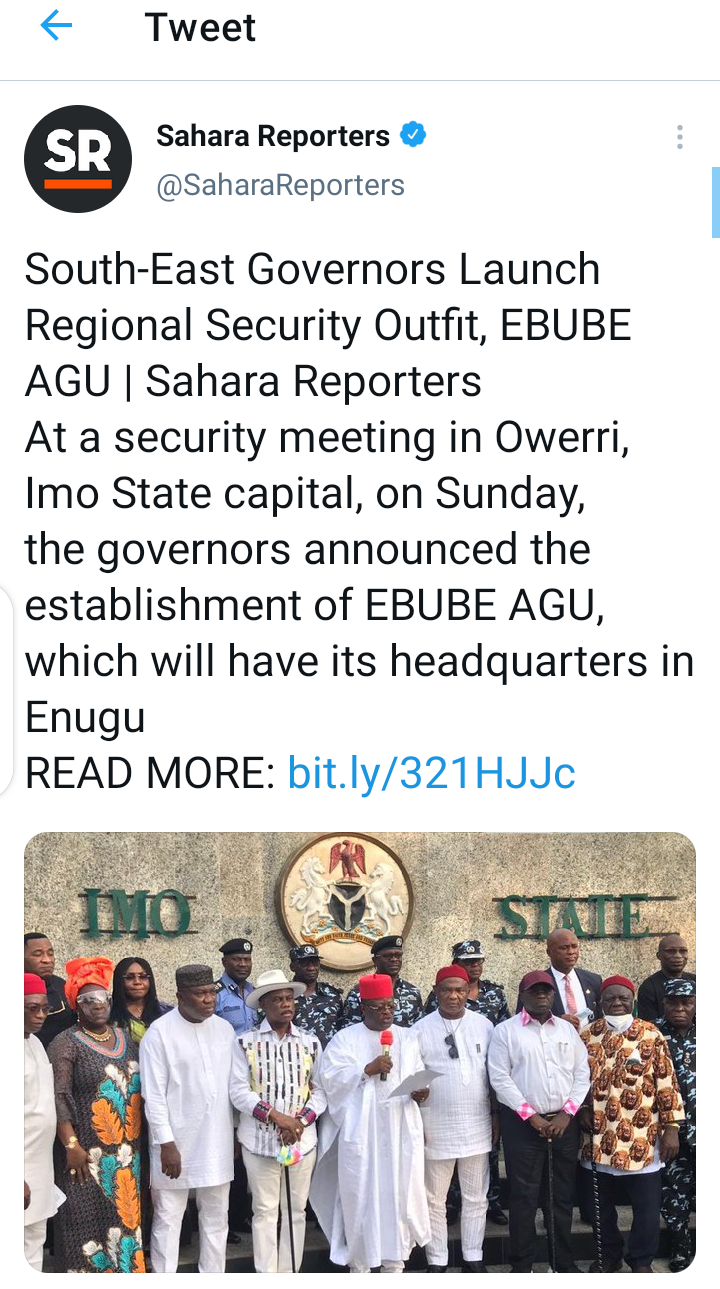 Governors of the South-East states have established a regional security outfit to tackle criminality in the region.

At a security meeting in Owerri, Imo State capital, on Sunday, the governors announced the establishment of EBUBE AGU, which will have its headquarters in Enugu State.

Chairman of the South-East Governors Forum, Dave Umahi, who read a communique issued at the end of the meeting, expressed optimism that the development will boost security. 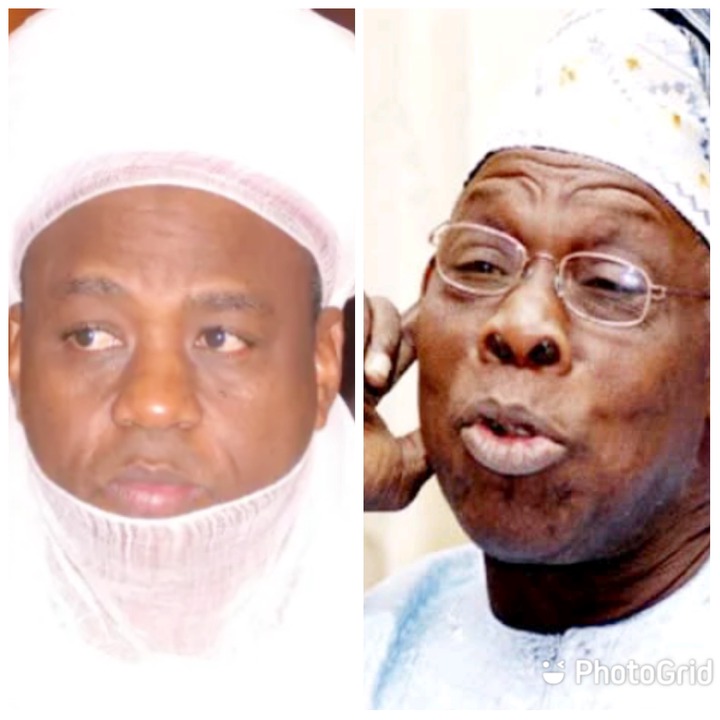