By Peakupdate (self meida writer) | 1 months 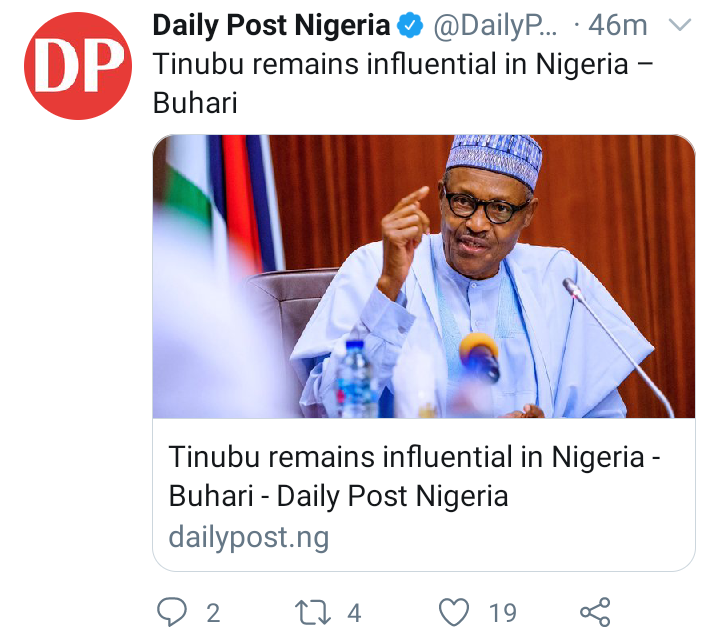 Buhari hailed the former two-term Governor of Lagos State, “whose acumen and influence according to him, continue to resonate around the country and beyond”.

In a statement by his spokesman, Femi Adesina, Buhari joined the ruling All Progressives Congress (APC) and its members in celebrating Tinubu.

The President recognized the “patriot and statesman” on the 12th colloquium, an intellectual gathering to commemorate his birthday. 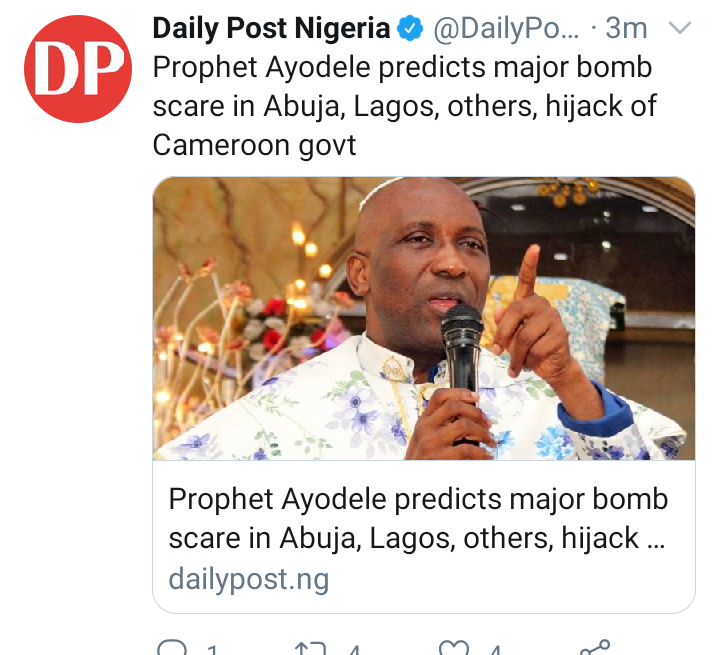 The Leader of the INRI Evangelical spiritual church, Primate Elijah Ayodele has warned the President of Cameroun, Paul Biya against dullness in his government as he foresees his government being hijacked.

Primate Ayodele during a live service in his Lagos church on Sunday said he foresees a serious crisis in Cameroon which will lead to unexpected killings in the country. 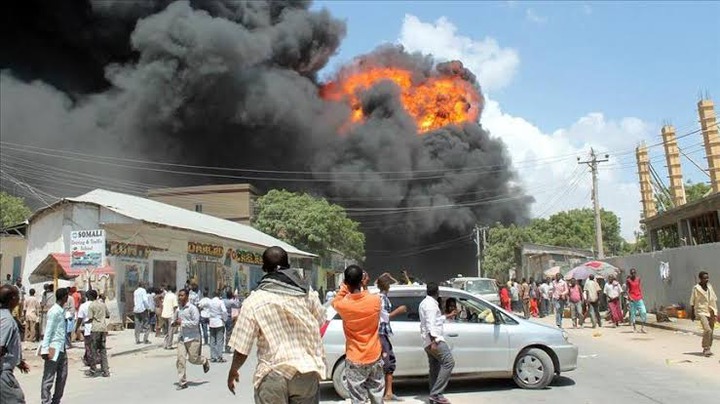 “Cameroun will have a crisis, there will be a big problem between the English speaking and French-speaking part of the country. 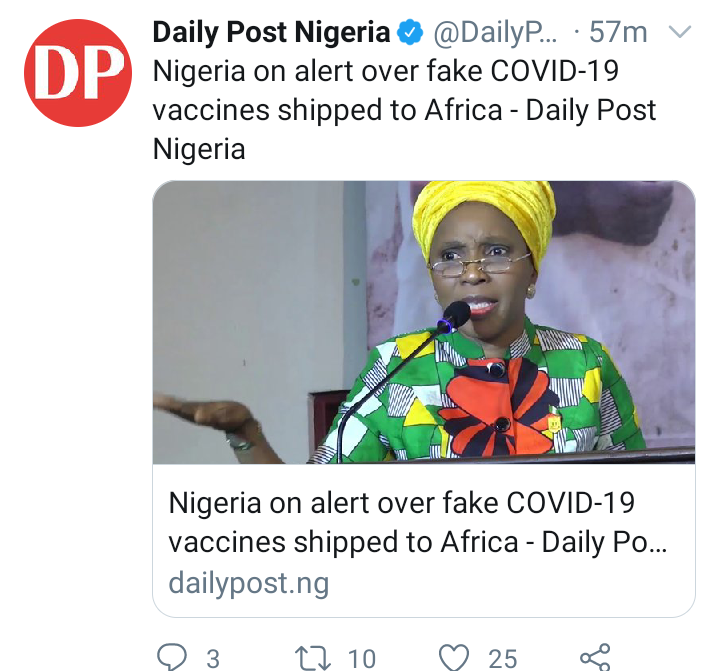 The Nigerian government has placed its agencies on alert following speculations of fake COVID-19 vaccines reportedly dispatched to Africa.

The authorities also allayed fears that harmful jabs were being administered or sold by any unauthorised institution in the country.

Adebimpe Adebiyi, the Director, Department of Hospital Service, Federal Ministry of Health, issued a statement on the matter.

The circular followed a letter from the Presidential Task Force (PTF) on COVID-19 regarding the discovery of thousands of doses of fake vaccines destined for Africa from China. 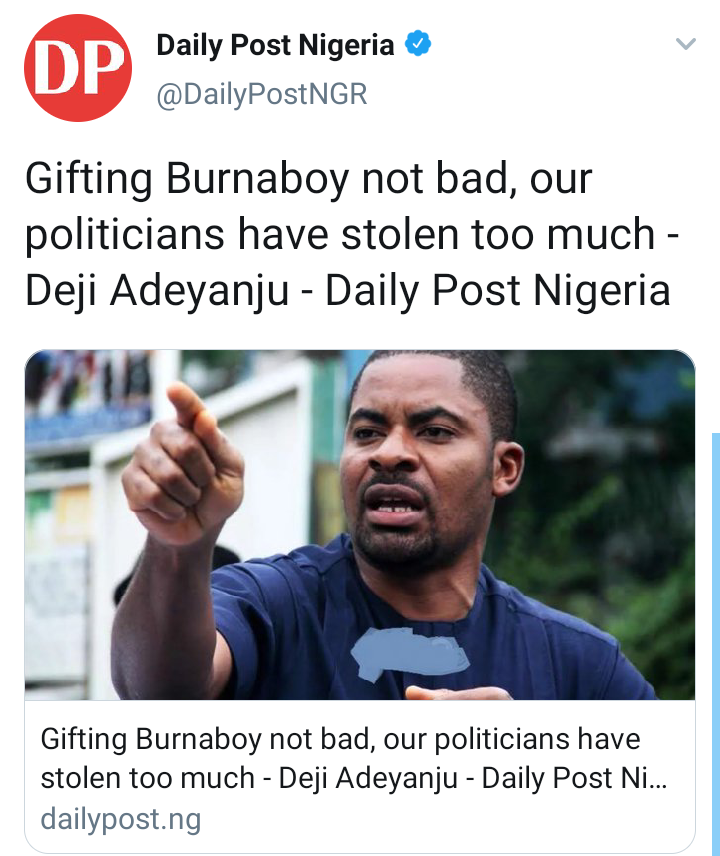 Gifting Burna Boy not bad, our politicians have stolen too much – Deji Adeyanju

Human rights activist, Adeyanju Deji, has said there is absolutely nothing wrong in gifting Nigerian artists and footballers.

Adeyanju made said this while reacting to the backlash against Governor Wike for giving Burna Boy land and money for his win at the just concluded Grammy Awards.

Burna Boy was hosted on Saturday by the Rivers State government for his Grammy award.

Wike gave Burnaboy some gifts which have now generated controversy.

He also gave N10 million naira each to the other artists who performed at the event.

This did not go down well with some Nigerians who took to social media to criticise the Governor.

What do your take on this?

Content created and supplied by: Peakupdate (via Opera News )